On Aug. 6, Montgomery County District Attorney Daryl Bailey announced the charges, which stemmed from an alleged theft at Dismukes’ former employer, Weiss Commercial Flooring. A criminal complaint, issued by the Montgomery District Court that same day, specified that the alleged theft occurred between June 2016 and January 2018, and involved currency in excess of $2,500.

Neither Bailey nor the criminal complaint disclosed full amount. Bailey noted during a press conference Thursday afternoon, however, that while the statute for first-degree theft of property requires the amount in question to exceed $2,500, the sum alleged to have been stolen was “a lot more than that.” 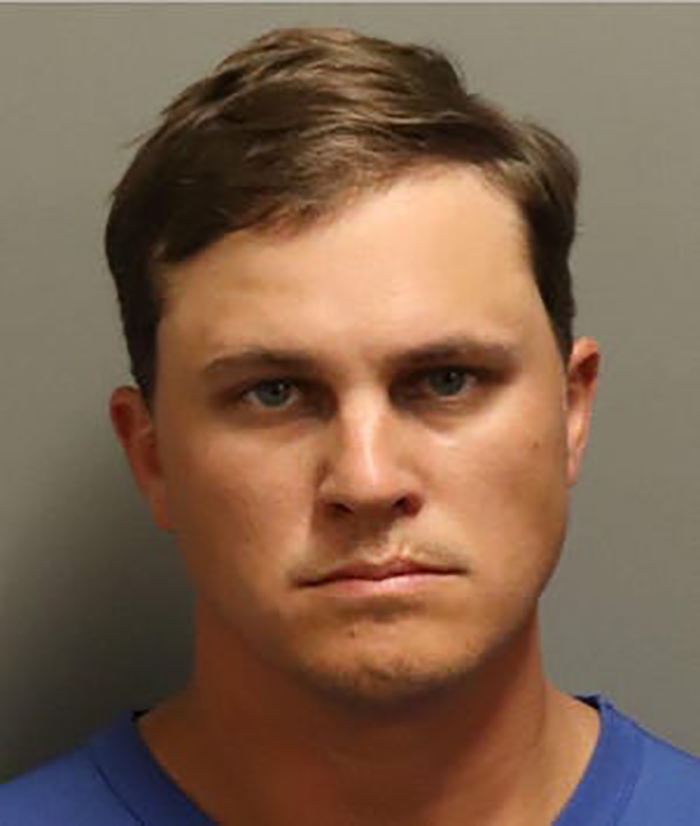 Dismukes appeared at the Montgomery County Jail to turn himself on the evening of Aug. 6. He was subsequently released on a $5,000 bond.

In a statement to AL.com, Dismukes’ lawyer denied any wrongdoing. “Will’s not going to admit to something he didn’t do,” Attorney Trey Norman told the site Aug. 7.

Terry Lathan, the chairwoman of the Alabama Republican Party, responded to the criminal charges on Twitter that same day, writing: “We expect our elected officials, regardless of Party, to follow the laws of our state and nation. No one is immune to these standards. It is very disappointing to hear these allegations. This is now a legal matter and it must run its course.”

Dismukes’ arrest came a little more than a week after his presence at an event celebrating Forrest’s 199th birthday sparked controversy on both a state and national level. As Hatewatch reported July 28, the event took place at “Fort Dixie” ­– the name given to the Selma, Alabama, home of Pat Godwin, a member of neo-Confederate hate group the League of the South. Godwin’s event was hosted under the umbrella of her nonprofit, “Friends of Forrest, Inc.” A flyer for the 2020 event advertised that it would feature speeches from John Weaver, a former leading member of the white nationalist Council of Conservative Citizens and the Sons of Confederate Veterans, and a watermelon stand featuring a racist caricature of a black child.

Dismukes publicized his attendance on Facebook. “Had a great time at Fort Dixie speaking and giving the invocation for Nathan Bedford Forrest annual birthday celebration. Always a great time and some sure enough good eating!!” he wrote on July 26. He included a picture of himself speaking in front of a large Confederate flag and a framed portrait of Forrest.

Fallout from Dismukes’ presence at the neo-Confederate event was swift. “The real problem is that an elected official in 2020 would attend a celebration of the life of someone that led a group that terrorized and killed other human beings,” Alabama state Sen. Clyde Chambliss, a Republican from the district Dismukes represents, wrote in a Facebook post published July 27. The College Republican Federation of Alabama, as well as several other lawmakers and the Alabama Democratic Party, issued similar calls for Dismukes to step down.

Then, on July 29, an article on The Alabama Baptist ­– a weekly Christian newspaper – announced that Dismukes had resigned from his post as a pastor at the Pleasant Hill Baptist Church in Prattville, Alabama. Rick Lance, the executive director of the Alabama Baptist State Board of Missions, said in a statement he was “saddened and grieved” to hear about Dismukes’ Facebook post promoting his presence at an event honoring Forrest.

“In the wake of tremendous controversy we reaffirm our opposition to any kind of racism,” Lance told The Alabama Baptist.

Dismukes also appears to have stepped down from his position as chaplain for his local SCV chapter, the Prattville Dragoons. Though it is unclear when Dismukes stepped down, a version of the site that was archived Aug. 3 no longer included Dismukes under their listing of “Camp Officers.” Regarding the charges against Dismukes. Camp Commander Stewart Waldo told Hatewatch staff: “I believe each of us enjoys Constitutional protections guaranteeing due process and a presumption of innocence. Will continues as a member in good standing with the Dragoons.”