Will Dismukes, a representative in Alabama’s state house, posted Sunday on Facebook about his participation in an event that day honoring KKK founder Nathan Bedford Forrest. The event was hosted at the home of Pat Godwin, a longtime member of neo-Confederate hate group the League of the South.

Dismukes wrote, “Had a great time at Fort Dixie speaking and giving the invocation for Nathan Bedford Forrest annual birthday celebration. Always a great time and some sure enough good eating!!” The post included a photo of Dismukes speaking on a porch at “Fort Dixie” with a framed photograph of Forrest and a Confederate battle flag adorning the wall directly behind the speaker’s podium. Nearby, late civil rights hero John Lewis was being honored at the Edmund Pettus bridge.

“Fort Dixie” is the Selma, Alabama, home of Patricia Godwin, a woman with deep ties to the neo-Confederate cause and organized hate. Hatewatch first wrote about Godwin in 2005, regarding her spat with then-Gov. Bob Riley. In 2002, Godwin addressed the League’s “national conference,” two years after the Southern Poverty Law Center first designated the neo-Confederate organization a hate group. 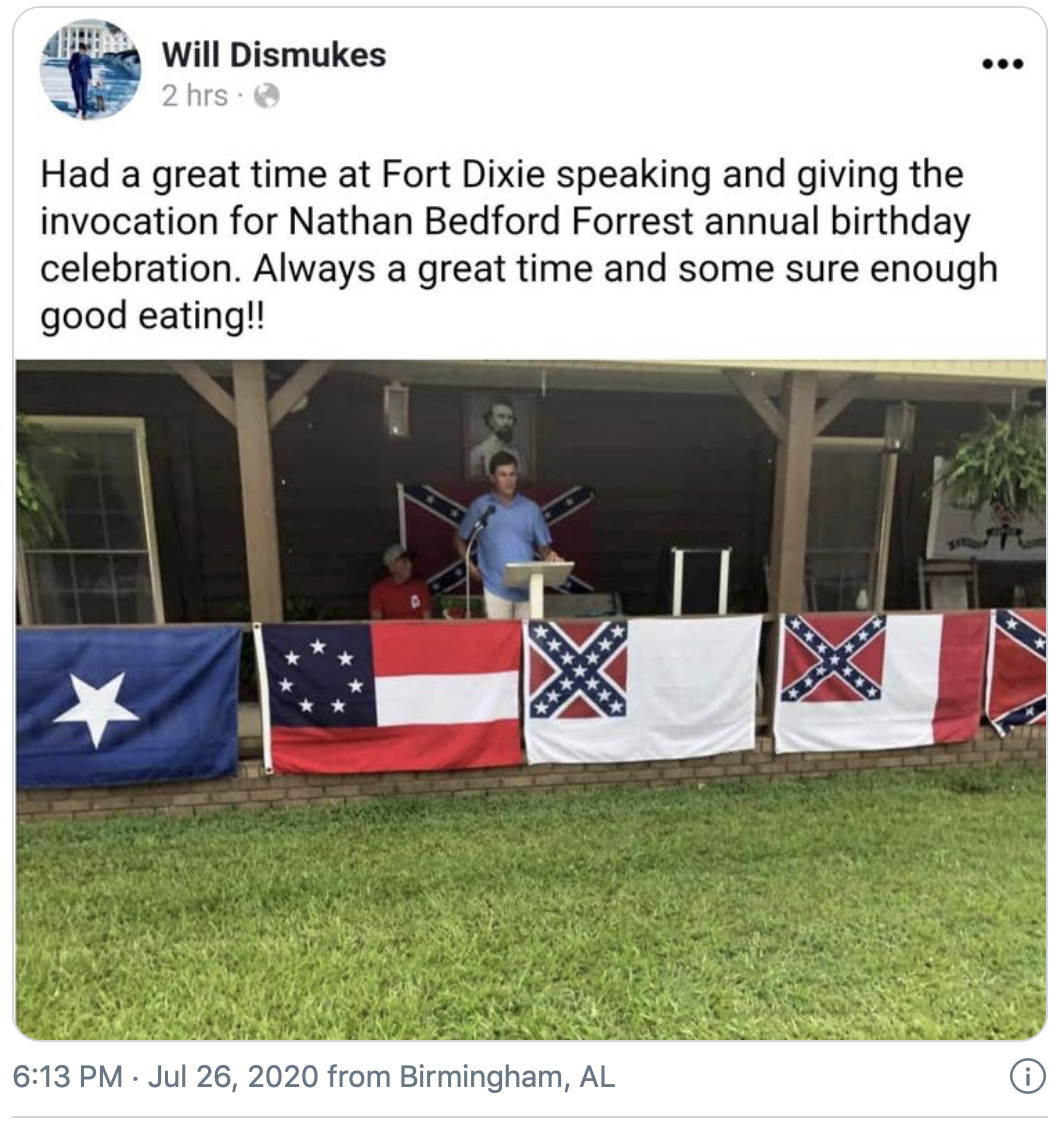 Will Dismukes posted a photo of his appearance at a birthday celebration for KKK leader and Confederate Gen. Nathan Bedford Forrest. (Screenshot via Twitter)

Godwin has made rewriting the historical narrative around Selma’s role in the Civil War and the Civil Rights movement her life’s work. In the process she has left behind a trail of racist articles, letters and blog posts.

An archived 2010 article from the website of the now-defunct neo-Confederate mailer The First Freedom penned by Godwin purports to tell the truth about “what really happened at Selma in 1965.”

The close of Godwin’s First Freedom post refers readers to “The Truth – Uncensored,” a bundle of racist literature and publications repackaged and sold by Godwin’s “Friends of Forrest, Inc.,” including a copy of the Ku Klux Klan publication Night Riders: The Truth Surrounding Viola Liuzzo’s Killing. The material portrays the slain civil rights activist as a communist and drug addict, a narrative manufactured out of whole cloth to defame Liuzzo.

The ahistorical narrative pushed by Godwin regarding sexual promiscuity during the march from Selma to Montgomery dates back to a widely debunked rant on the floor of the U.S House of Representatives by Alabama Rep. William Dickinson in 1965. Dickinson’s claims, while long-since disproven, have lodged in the collective memory of the white nationalist movement and have inspired such contemporary white nationalists as Brad Griffin aka “Hunter Wallace” and Michael J. Thompson aka “Paul Kersey” to concoct their own revisionist histories regarding Selma.

In 2015, as the city of Selma opened its doors to the world for the 50th anniversary of the Selma-to-Montgomery marches, Godwin saw an opportunity to leverage international media attention.

A blog post on the League’s website lauds the actions of “Our friend and fellow League of the South member, Patricia Godwin … and her Friends of Forrest organization,” after the group erected a roadside billboard featuring Nathan Bedford Forrest in advance of the anniversary.

The League post, which noted Godwin’s self-styled moniker “the Wizardress,” closes by stating:

Well, we in The League of the South salute Miss Patricia and General Forrest. It is nice to have a bit of civilization on what us rednecks sometimes refer to as Little Harare on the Alabammy! Keep the skeer on ’em indeed!

Godwin previously identified herself in her email signature as “the Wizardress,” a winking reference to Forrest’s wartime nickname “the Wizard of the Saddle.” Godwin also frequently referred to Selma as “Zimbabwe on the Alabammy,” a racist reference to the city’s majority black population and stereotypical depictions of southern Black dialect.

Godwin’s name and “Fort Dixie” address are listed in a leaked League of the South membership roster obtained by Hatewatch.

As a member of the United Daughters of the Confederacy (UDC), Godwin has fought bitterly to preserve public tributes to the Confederacy, including a bust of Nathan Bedford Forrest adorning a seven-foot tall statue. Godwin and the local UDC replaced the bust in 2015 after the original was stolen. 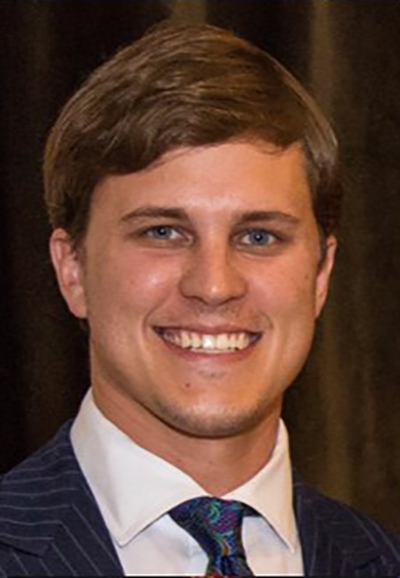 Will Dismukes photo from the Alabama Legislature

Dismukes is not the first politician Godwin has sought for her annual Forrest celebration. In 2004, Hatewatch published Godwin’s ties to Alabama Chief Justice Tom Parker, who also spoke at the “Fort Dixie” Forrest event in 2004.

Dismukes has previously spoken on his involvement with the Sons of Confederate Veterans’ Prattville Dragoons Camp. In July, League of the South member Ryan King was arrested on domestic violence charges. King, who was open about his affiliation with the League, was also a member of the Dragoons when he marched with the League during the deadly “Unite the Right” rally in Charlottesville, Virginia, in 2017.