One America News Network (OANN) correspondent Jack Posobiec taped a segment with Canadian race science pundit Stefan Molyneux in Warsaw and the two men discussed white nationalism, according to a videographer who shared photos of the shoot with Hatewatch.

Posobiec, who also amplified and met with Polish neo-fascists, worked for OANN at the time the two men staged their discussion. Caolan Robertson, the videographer who provided the images, told Hatewatch the men convened in a room at a five-star hotel on the night of Nov. 11, 2018, following a march to celebrate Polish independence. Posobiec and Molyneux, as well as neo-Nazis, gathered in Warsaw that day to attend the event.

Robertson said that while Molyneux and Posobiec met at the hotel, “one guy with a massive pelican case covered in OANN branding set up the shot and filmed Jack [Posobiec] interviewing Stefan [Molyneux].” Robertson described the person carrying the OANN-branded case as “young” and “jittery,” saying he did not appear to want to be there. Hatewatch was unable to determine whether or not OANN ever ran the segment featuring Posobiec and Molyneux.

“Before shooting [the interview segment] they discussed how Stefan [Molyneux] had changed his mind and realized 'white nationalism' was actually an important factor to Poland's success,” Roberston recalled to Hatewatch. “Behind the scenes he and Jack would refer to this often. In this clip I found today while filming the summary, [Molyneux] even called his closing speech in the documentary [I shot for him] the 'white nationalism speech' to me, personally.”

Robertson said during the interview segment the men spoke about “polish identity, the importance of nationalism, the cleanliness and orderliness of Poland, [and] the success of Poland as a country due to its rejection of liberalism.” Robertson traveled to Poland with Molyneux at the time he met with Posobiec to help the Canadian man shoot a propaganda film in which he publicly endorsed white nationalism.

“I’ve always been skeptical of the ideas of white nationalism … However, I am an empiricist and I could not help but notice that I could have peaceful, free, easy, civilized and safe discussions in what is essentially an all-white country,” Molyneux said in the final product of the film Robertson helped him make.

Molyneux, whose accounts on YouTube and Twitter were suspended in recent weeks, gained notoriety for using social media to repeatedly promote his belief that women and non-white people are predisposed to be of lower intelligence than white men. Robertson’s account of Posobiec’s conversation with Molyneux adds credence to a claim made by Polish sociologist Dr. Rafal Pankowski of the “Never Again” Association (in Polish, Nigdy Więcej), who told Hatewatch the OANN correspondent “would have known” about the extreme far-right beliefs of many of the people who marched around him in Warsaw that day.

Evidence of the interview shared with Hatewatch by Robertson also further demonstrates Posobiec’s willingness to work with extremists and far-right propagandists. Posobiec brought the pseudonymous, Pro-Hitler disinformation poster Microchip onto OANN with him in September 2018. Posobiec also filmed two segments with the neo-Nazi Clark brothers for the Canadian far-right website The Rebel Media in 2017, based on photographs, video footage and first-person accounts. 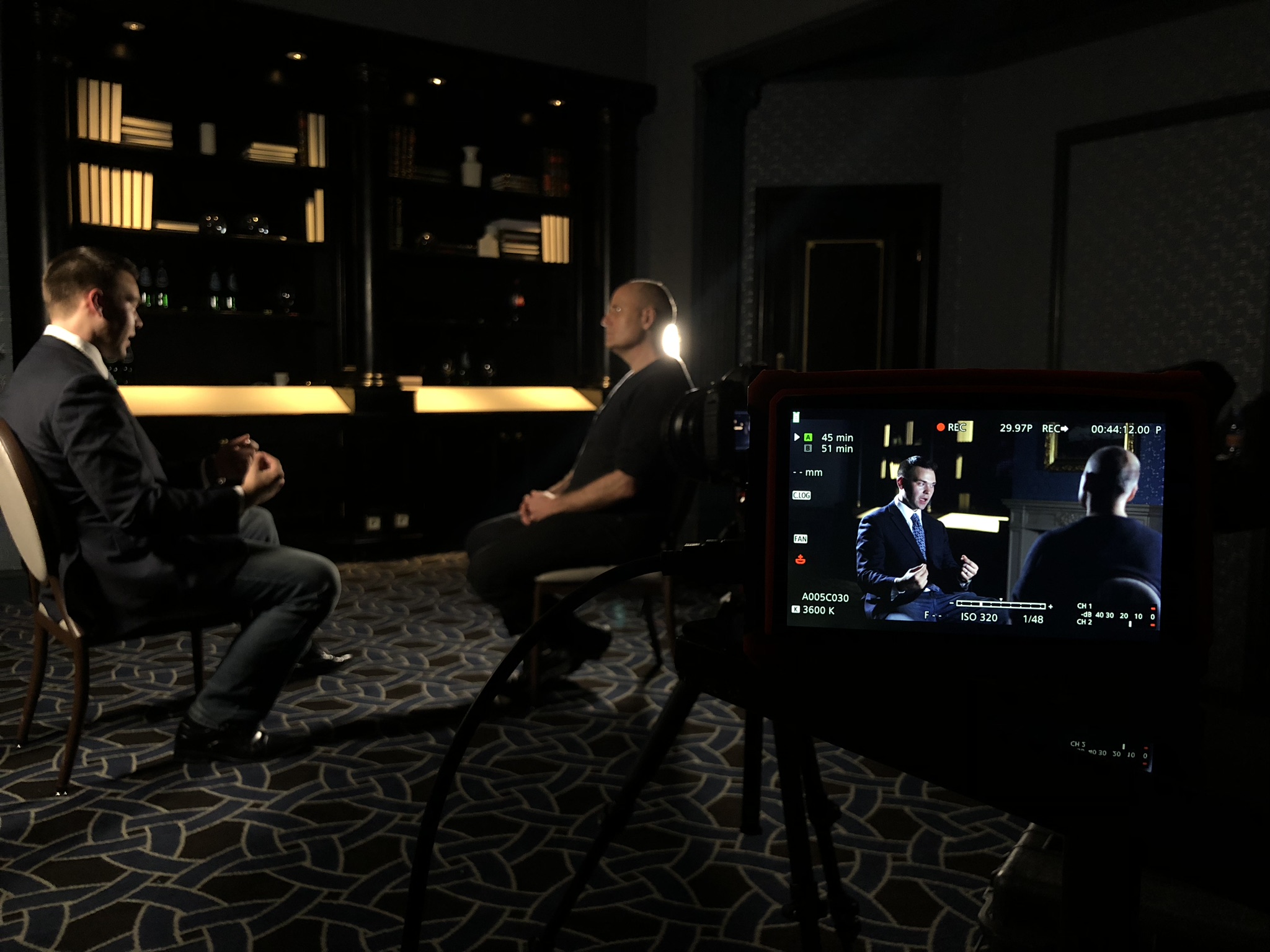 Robertson, who reached out to Hatewatch through Twitter’s direct message service, said he did so after reading the first three parts of the investigative series on Posobiec, because he wanted to help make amends for the far-right propaganda he helped create.

Molyneux used YouTube and Twitter for years to proclaim that non-white people are predisposed to having a lower capacity for intelligence on average than white people. His commentary has been described as having a radicalizing effect by both the non-profit research foundation Data and Society as well as radicalized white nationalists.

“I was talking just today about low-IQ groups not being able to sustain a democracy,” Molyneux tweeted on Dec. 7, 2018 of New York Congresswoman Alexandra Ocasio-Cortez, a month after his Warsaw meeting with Posobiec. “Puerto-Rican Americans score in the mid-80s in IQ. That’s a lot of her voting base.”

Molyneux made similarly racist claims about mixed-race people, Africans and Syrians, among others. He once blamed the 2007 housing crisis on “racial IQ differences.” Molyneux also won favor from white supremacists for his commentary about Jewish people and has more than once stated his belief that women are predisposed to be of lower intelligence than men.

“I hate to break it to you, but women are much less economically productive than men, because women are on average physically weaker, slightly less smart, and often disabled by childbirth,” he tweeted on Dec. 26, 2018, weeks after the trip to Warsaw at which he met with Posobiec.

Molyneux denied being a white supremacist in a video he published to the extremist-friendly video sharing website BitChute on July 19.

Hatewatch emailed Posobiec a photo of the interview he staged with Molyneux, but the OANN correspondent did not respond to a question about it. OANN similarly did not respond to a request for comment and has not offered a statement about Posobiec since Hatewatch’s investigative series first started to run on July 8. Prior to its publication, they referred to the reporting efforts as an attempt to smear Posobiec.

The Pro-Trump website Townhall ran a Q&A with Posobiec under their opinion section titled, “Is the Southern Poverty Law Center Taking Things Out of Context Again?” on July 27. Posobiec denied being an antisemite in the interview with Townhall and claimed without offering supportive evidence that, “the anti-Semitic elements in Poland are actually tied to Russian influence operations designed to smear Poland in the eyes of the world.”

Posobiec also said that Hatewatch “selectively edited the context” of his appearance at the Polish independence march in 2018, “to make it seem like it was a parade about hate." The New York Times reported that attendees chanted “white Poland” in the crowd that day. National Radical Camp (ONR), a recent resurrection of a Polish fascist movement whose members once bombed Jewish homes, marched among a cluster of extremist groups that participated in the event. Posobiec amplified to Twitter an image from a different ONR march in April 2017. He did not provide context about the group’s virulently antisemitic beliefs.

President Trump promoted OANN to his Twitter followers on Aug. 16, 2020, as he has done dozens of other times in recent years.

"[Fox News] is not watchable during weekend afternoons. It is worse than Fake News @CNN. I strongly suggest turning your dial to @OANN. They do a really ‘Fair & Balanced’ job!,” Trump wrote of Posobiec’s network.