Raffensperger provided no evidence to support the claim that as many as 1,000 people voted by absentee ballot and in person during the June 9 primary, according to SavannahNow.com.

The investigation came days after President Trump encouraged people in North Carolina to vote at the polls after sending in their absentee ballots, claiming the system is untrustworthy and the votes would be lost. 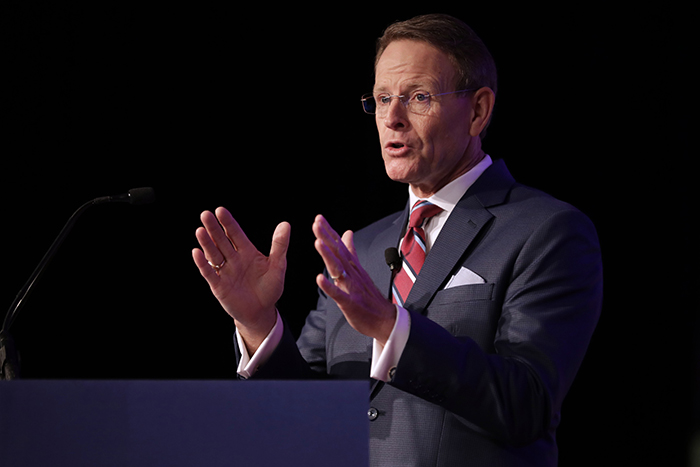 Perkins and FRC have been touting voter fraud myths, especially during the COVID-19 pandemic, which has brought a push for safer voting – including by mail. In April, for example, Perkins expressed opposition to mail-in voting and claimed it was rife with the potential for fraud.

Right-wing conspiracy theories about voter fraud have circulated for years. Falsehoods used to defend and pass laws – such as photo ID – often suppress the rights of people of color, young voters, the elderly and low-income citizens.

FRC, however, supports absentee voting, according to a voter guide available on its website. Absentee voting requires a mail-in ballot.

Perkins also expressed concern about universal mail-in ballots in the segment with Raffensperger.

The so-called universal mail-in ballot has been a major talking point of the Trump campaign, which has spent millions on messaging and lawsuits and has failed to stop states from adopting the practice.

The Trump campaign has consistently claimed, with little evidence, that such ballots are ripe for voter fraud. In fact, all mailed ballots, whether absentee or mail-in, require verification. Trump himself voted by mail in August in the Florida primaries, even giving the ballot to a third party to turn in, something he has claimed can lead to voter fraud.

On his Sept. 9 show Perkins referred to the allegations of double voting as fraud.

Raffensperger painted voters who double voted as intentionally doing so, saying that the voters requested absentee ballots, filled them out and sent them in. “Then they went ahead and showed up at the polls and then wanted to vote again, and they cajoled or worked their way through the system.” People who voted twice, he said, in effect disenfranchised a thousand voters. “Because they got two votes and you and I, we got one vote.” 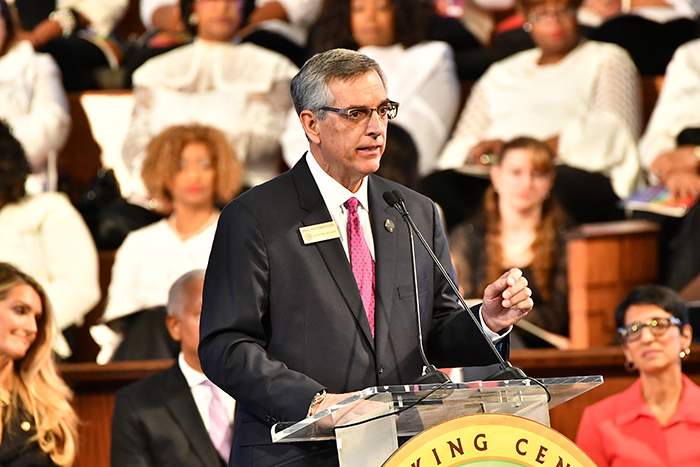 At Raffensperger’s Sept. 8 press conference, he claimed, “Every double voter will be investigated thoroughly” and “A double voter knows exactly what they are doing” – the latter a claim he made repeatedly throughout the press conference. He also threatened felony prosecutions.

It’s unclear, however, whether these alleged double voters did so intentionally. Raffensperger mentioned only one person his office knew of who deliberately voted twice, and that person claimed he did so to “prove that there is a flaw in the system.” The Associated Press reported that Raffensperger “didn’t provide any evidence of voter intent to game the system” beyond the one case.

Hatewatch queries to the Georgia Secretary of State’s office were not returned.

According to Georgia Public Radio, a record 1.1 million Georgians voted absentee in the June primary, while an additional 150,000 voters who had requested absentee ballots showed up to the polls during early voting and on Election Day.

Raffensperger said in the Sept. 8 press conference that about a thousand of those 150,000 voters who came to the polls in about 100 counties also voted absentee (less than a tenth of a percent of all absentee ballots cast).

Raffensperger admitted to Perkins that the alleged double voting did not affect the outcome of the election, but Perkins pressed him, raising the specter of more widespread voter fraud: “But, but – theoretically, we look at different parts of the country where you see some of these local elections that are decided by less than six votes, this could have – this could have altered the outcome.”

Raffensperger agreed and Perkins moved the conversation to a discussion about circumstances that could have led to alleged voter fraud, including coronavirus, new machines, longer lines at polls and a shortage of poll workers. Raffensperger assured Perkins that his office was “circling back with all the counties” to make sure this doesn’t happen again.

Perkins then brought up mail-in voting, asking Raffensperger: “If you were to extrapolate this out across the country and you have states where they did universal mail-out ballots even though they’re not set up to do that – are you concerned that we could see wider-spread voter fraud in this election?”

Raffensperger expressed concern about such ballots, claiming that “Americans are mobile” and move every year, so when ballots are sent out, “You don’t know if that person still lives there.” People should have to request a ballot, he said.

When the segment with Raffensberger wrapped up, Perkins thanked him, expressed concern that the left is targeting red states, and exhorted red states to be “very vigilant” about their voter rolls and how they’re voting, and, he continued, to “not be bullied into expanding voting options.” The left, Perkins claimed, is “clamoring for” universal mail-in ballots, something Perkins and FRC oppose.

“Raffensperger has accused, tried, and convicted these 1,000 voters before even conducting a full investigation into the flaws of his own administration that might have contributed to any alleged problems,” said Nancy Abudu, deputy legal director at SPLC and head of the SPLC Voting Rights Project.

Poor training of poll workers and the “disastrous rollout of his absentee ballot program” have led to massive voter confusion that may have affected the collection and proper processing of absentee ballots, she said.

“Rather than jumping to conclusions, he should follow the law himself and afford these individuals an opportunity to be heard.”