The discovery connects Goff's work for the propaganda arm of Will2Rise, a white nationalist hate group, with his decade-long history as an active and violent participant in Montana's white power movement.

Goff is one member of a three-person team at Media2Rise, alongside camera operator Graham Whitson and the organization’s founder, Robert Rundo, who currently faces federal rioting charges for his alleged role in a series of violent attacks at rallies in 2017.

Media2Rise is one of the most prominent and sophisticated propaganda organs for the white power movement, producing high-quality documentaries that celebrate white power groups and introduce viewers to the “nationalist lifestyle.”

In recent months, Goff, under his Lucca Corgiat alias, has become the main face of the outfit.

Hatewatch established Goff's identity using the register of visitors to the Waukesha County Jail between Nov. 24, 2021, and Dec. 3, 2021, which was obtained with a public records request.

The request followed a Dec. 8 announcement on Media2Rise’s Telegram channel that they had “teamed up with National Justice to launch an investigation” into the vehicular attack on a Christmas parade in Waukesha, Wisconsin on Nov. 21, 2021.

National Justice is a white nationalist website whose founder, Joseph Jordan, writes under the alias Eric Striker. Both Media2Rise and National Justice have spread the conspiracy theory that the incident was an act of “anti-white terrorism.”

In the video trailer that accompanied the Dec. 8 post, Media2Rise included footage of a jail interview with Darrell E. Brooks, who is accused of carrying out the attack. 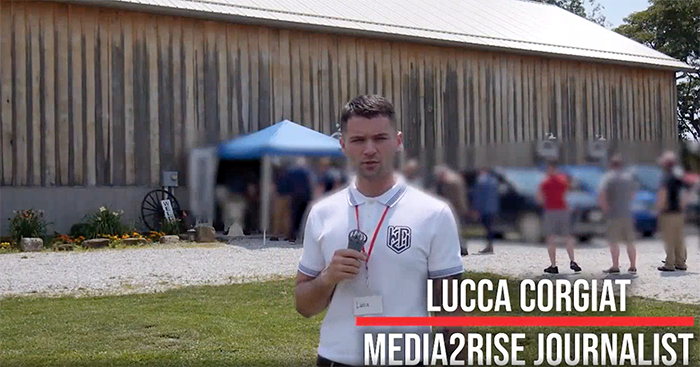 The register of jail visitors shows that on Nov. 29, Norman “Trey” Garrison — who has written for white nationalist websites under the alias Specter — and Greg Conte, the former director of operations at Richard Spencer's National Policy Institute, visited Brooks. The same records show that on Nov. 30, Goff and Graham Whitson visited Brooks. They returned together on Dec. 1. On Dec. 2, Goff returned alone to visit Brooks for a third time.

Garrison confirmed that he, Conte and “Lucca Corgiat” drove to Waukesha the weekend after Thanksgiving in a Dec. 9 podcast that aired on white nationalist podcast network The Right Stuff.

In the podcast, Garrison stated that they obtained their first interview with Brooks “by 11 o’clock,” adding that his first meeting took place about “a week and a day” after Brooks’s alleged attack. The time and date specified by Garrison match the jail visitor logs.

Hatewatch also tied Goff to his Lucca Corgiat pseudonym through its review of Media2Rise footage and press photographs from the time that he was first charged with crimes of violence in Billings, Montana, in 2009. The photos appear to be of the same person.

Since at least June 2021, Goff has worked under the Corgiat alias with Media2Rise. With Media2Rise, Goff covered white nationalist events throughout the country, ranging from Patriot Front rallies to conferences.

Media2Rise solicits donations from supporters on their website and social media channels. A Hatewatch analysis found that Media2Rise had received transfers of $3,241.56 in Ethereum, $1,646.51 worth of Bitcoin transfers, and $351.92 worth of Litecoin transfers to their publicly posted donation addresses.

Hatewatch reviewed leaked chats from Patriot Front, for which Media2Rise has acted as a virtual propaganda arm, and found that members frequently mentioned Goff (as "Corgiat") as a close affiliate of the group. Hatewatch also reviewed a trove of material from the now-defunct, youth-focused white nationalist group Identity Evropa, where Goff posted under the username "Valaska," according to the media collective Unicorn Riot.

A “ringleader” in Montana’s Creativity Movement

When he was 17, police arrested Goff after he allegedly shot a Latino teen in Billings with a handgun on July 27, 2009. Goff initially pleaded guilty to a misdemeanor charge and was sentenced to six months’ probation and a fine of $150. Montana prosecutors also decided to try him as an adult for felony assault and charge him with a hate crime. Goff, however, was acquitted after a judge declared that the offense did not qualify as a hate crime and ruled out much of the evidence brought by prosecutors.

At the time of his arrest, according to police, Goff was in possession of firearms and ammunition. He also carried a patch for Montana Front Working Class Skinheads, a racist skinhead group. In 2000, six members of that group were convicted of hate crimes over their attempts to exclude non-whites from a public park in Billings. 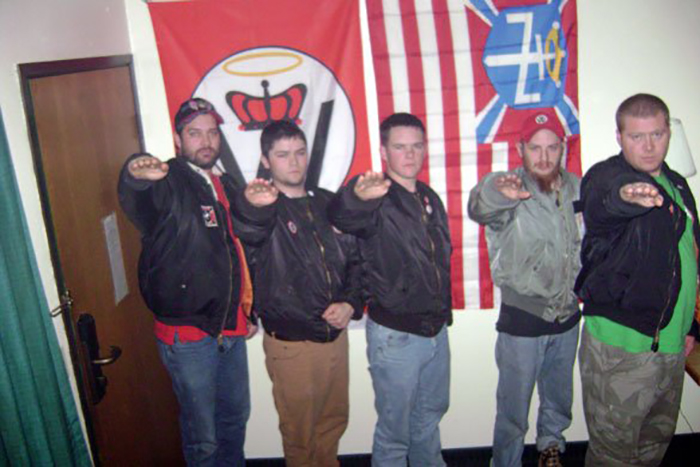 Goff, second from the left, is pictured here at a gathering in honor of Robert Mathews, the deceased leader of the notorious neo-Nazi criminal organization The Order. Behind Goff are flags representing the Creativity Movement and the Aryan Nations. (Photo credit: Montana Human Rights Network archives)

Reporting, court documents and the Montana Human Rights Network (MHRN) at that time all identified Goff as an active member of the Montana Creators Assembly, a local branch of the neo-Nazi Creativity Movement, and a “ringleader” in the movement’s resurgence in the state.

Travis McAdam is Director of MHRN’s Combating White Nationalism and Defending Democracy Program, and has monitored Goff from his earliest years in the white power movement.

McAdam said in a telephone conversation that, “by the time Allen Goff was in his teens he was already a lifer in the white nationalist movement,” having “cut his teeth with the racist skinhead group.”

"By his late teens he was running the Montana Creators Assembly," McAdam said. He added, "By that time the Creativity Movement was largely dead on the national scene, but [Goff] recruited enough people for them to be a presence, and a concern, in Montana."

The Creativity Movement, which began with Ben Klassen’s foundation of the Church of the Creator in 1973, promoted the idea of “RaHoWa,” or “racial holy war,” against those it defined as enemies of the white race. The movement’s antisemitism was expressed in conspiracy theories about Jews.

Its members were responsible for a string of violent hate crimes, including murder, throughout the 1990s.

Matt Hale, leader of an iteration of the World Church of the Creator from 1996, was incarcerated after attempting to arrange for the assassination of a federal judge in 2003. 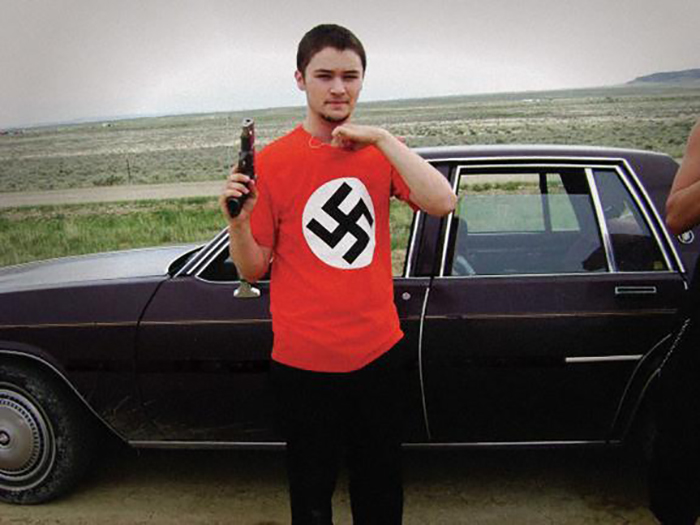 As a teen, Allen Michael Goff was already, "a lifer in the white nationalist movement," according to Travis McAdam of the Montana Human Rights Network. Photo credit: SPLC archives

Police arrested Goff again on Nov. 2, 2010, after they alleged that he pointed a gun at a man and threatened to kill him.

Hatewatch attempted to obtain trial records related to the various charges against Goff, but an official at Yellowstone County Court said that the records had been retroactively sealed.

Megan Squire and Rachel Carroll Rivas contributed to this report.