A top-ranking local Republican Party official in Waukesha County, Wisconsin, told a white supremacist making a propaganda film about his city that he “support[s] what you’re doing.”

Terry Dittrich, the chairman of Waukesha County Republican Party and a longtime Republican operative, granted the phone interview to white supremacist Trey Garrison during an interview spot in an online propaganda film. The film framed a Nov. 21, 2021, vehicular attack against Christmas paradegoers in Waukesha, Wisconsin, as an act of “anti-white terrorism.” 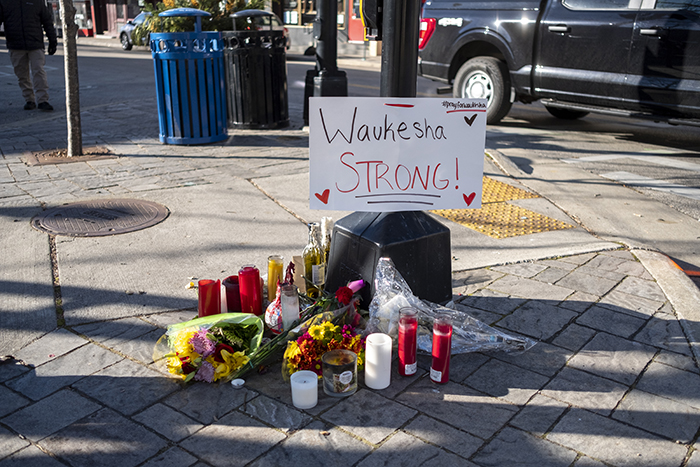 “This guy hates white people, and he wanted to kill them,” Dittrich told Garrison in the documentary, which the Patriot Front-linked extremist outfit Media2Rise released on Feb. 8.

The “guy” to whom Dittrich referred is Darrell Brooks, who awaits trial on 77 charges in connection to an apparent car-ramming incident at a Christmas parade that left six people dead and dozens injured. Brooks pleaded not guilty to the charges on Feb. 11 and has remained in jail on a $5 million bail. He last appeared in court on March 11 after his lawyers filed a change-of-venue motion.

Hatewatch does not know if Dittrich knew about Garrison’s connections to the white supremacist movement at the time he agreed to the interview. Hatewatch reached out to Dittrich twice via an email address on the Wisconsin GOP’s website to inquire whether he was aware the interview would be used in a documentary. Hatewatch asked Dittrich if he knew that white nationalists, including a man facing federal rioting charges for allegedly attacking anti-racist protesters, ran Media2Rise, the company that produced the documentary. Dittrich did not respond. Hatewatch also reached out to Wisconsin GOP chairman Paul Farrow over email, and he did not immediately respond either.

Garrison, a racist podcaster and troll who for years harassed women and people of color through his internet pseudonym Spectre, once referred to Black people as “nature’s clowns,” and has compared people of color to insects. (Garrison confirmed his involvement in the white nationalist movement to Hatewatch at the time.) The Texan turned Pennsylvanian extremist also writes for the white nationalist website National Justice and, along with a handful of extremists, including members of Media2Rise, traveled to Waukesha in order to “launch an investigation” into the Nov. 21 incident.

Dittrich suggested to Garrison in a phone conversation included in Media2Rise’s propaganda film that he believed Brooks was being motivated by a hatred of white people. Dittrich cited Facebook posts and rap songs that he attributed to Brooks, claiming that “it’s very clear that he wanted to kill white people.”

Far-right propagandists, including internet personality Andy Ngo, attempted to tie Brooks to Black Lives Matter in the aftermath of the violence, based upon social media posts wherein he promoted the movement. Police have not identified a motive. Local news reports stated that charging documents cited a possible domestic incident prior to the attack. 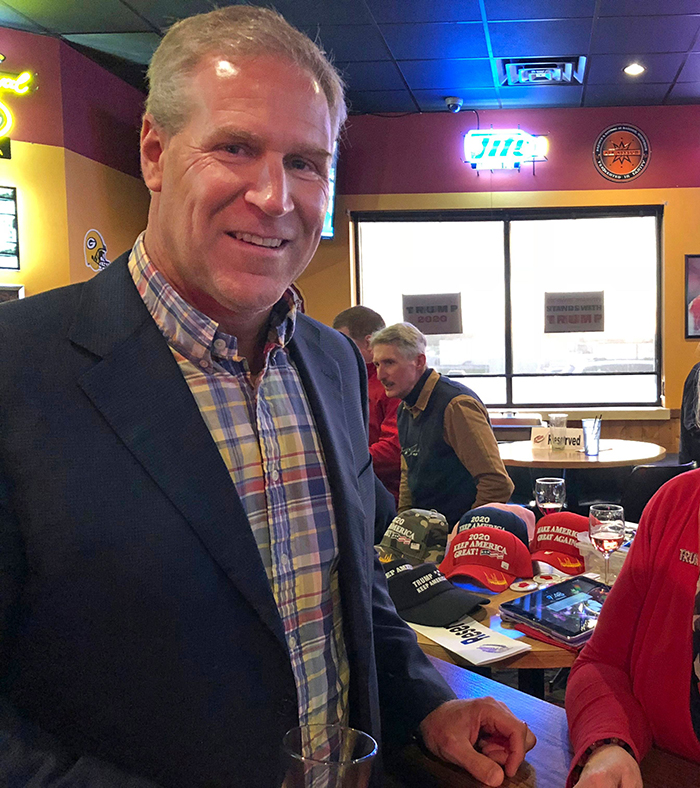 Waukesha County GOP chairman Terry Dittrich appears at a "pints and politics" meeting in New Berlin, Wisconsin, on May 3, 2019. (Photo by Sara Burnett/AP/Shutterstock)

“We’re still in a point of grieving in this county. To have a Republican leader, the number one Republican leader, come out and start talking about whether this guy was a racist. … I mean, I am of the firm belief that we will have time to talk about that. We are going to. We are not going to shy away from it. But I want to let the criminal justice system and law enforcement do their job. I support what you’re doing, but I think it would be inflammatory for me right now. Maybe in a couple of weeks it’d be a different story, but right now it could be inflammatory for me to come out,” Dittrich added in footage included in the propaganda film.

Garrison described his discussion with Dittrich in a December 2021 podcast with National Justice editor Joseph Jordan, who Hatewatch previously reported uses the alias Eric Striker online. Though he didn’t cite Dittrich by name, Garrison recalled an interview with a “senior county Republican official.” He crowed that Dittrich “opened up to us.”

“He put his neck out, and he should be proud of himself,” Garrison said.

Dittrich also promoted conspiratorial thinking around the Nov. 21 attack in a podcast hosted by the anti-LGBTQ American Family Association (AFA). Speaking with Sandy Rios, AFA’s director of governmental affairs, Dittrich attempted to draw a connection between Brooks’ alleged crime and protests against Kyle Rittenhouse’s acquittal. A court acquitted Rittenhouse on Nov. 19, two days prior to the Christmas parade. Even though authorities have not said that the acquittal related to Brooks’ alleged crimes, Dittrich told Rios, “It would lead any normal person to deduce that there may be a connection here with what took place in Kenosha.”

“As far as I’m concerned Waukesha, from a political standpoint, is definitely the target of Democrats and the left,” he told Rios. “I don’t want to go any further than that, to say that they would condone or there were any individuals who are, you know, there specifically for a violent type of target.”

As chairman of the Waukesha County GOP, Dittrich worked with Trump’s 2020 presidential campaign to mobilize Republican voters, according to a 2019 report from Reuters. Following Biden’s electoral win in November 2020, Dittrich pushed the anti-democracy “Stop the Steal” conspiracy, which claimed that Trump, not Biden, won the election. In a January 2021 article in The Economist, Dittrich claimed the 2020 election was “absolutely fraudulent” and that “there is no way Biden outperformed Barack Obama in Waukesha County.”

These allegations of voter fraud have buttressed the party’s efforts to crack down on voting rights throughout the state. This includes a pair of bills, which Wisconsin Gov. Tony Evans has since vetoed, that would make it more difficult to cast absentee ballots and limit the number of ballot drop boxes.