Following Hatewatch’s report on the global network of radical right figures who attended the New York Young Republican Club (NYYRC) gala on Dec. 10, some commentators highlighted Newsweek’s involvement in the event, given their history of mainstream recognition as a news outlet. 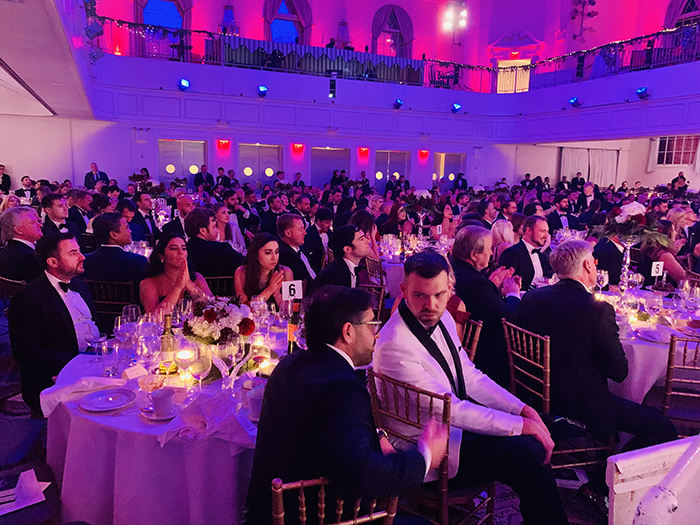 At the NYYRC gathering, Newsweek opinion editor Josh Hammer fraternized at a table with the extremist Jack Posobiec throughout the night. Raheem Kassam, a former Breitbart News London editor who pushed lies about the outcome of the 2020 election, also sat with the two men. Posobiec and Kassam, despite their history of trafficking in politically charged disinformation, have contributed Newsweek content on multiple occasions since Hammer’s hiring. Event organizers placed this table of Newsweek contributors near the front of the stage, where the men listened to speakers fantasize about armed insurrection and call for “total war” against other American citizens.

“To be sure, spending time with all sorts of unseemly people is a job requirement (if not fringe benefit) for any curious opinion journalist,” conservative columnist Matt Lewis wrote in The Daily Beast of Hammer’s involvement in the NYYRC gala. “But in this situation, the line between observer and collaborator seems to have been crossed.”

A group with Nazi roots and Newsweek

On a list NYYRC published advertising special guests, the names Josh Hammer and Newsweek appeared alongside members of such hateful European ultranationalist groups as FPÖ (Austrian Freedom Party) and AfD (Alternative for Germany). Former Nazi party SS officers founded FPÖ. The German government has investigated AfD for their ties to extremism. Newsweek’s name also appeared alongside Janez Janša, former prime minister of Slovenia, who pulled out of the event on short notice. Janša is notorious for being corrupt and for seeking to limit civil rights and freedom of the press. 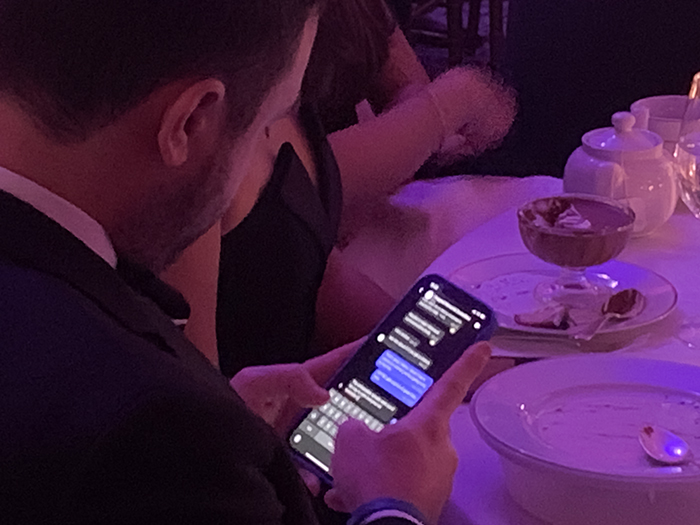 Newsweek editor Nancy Cooper and chief content officer Dayan Candappa hired Hammer and have so far defended him from criticism. They also promote his name and image on their website’s homepage. Hatewatch reached out requesting comment from Cooper and Candappa about one of their most visible employees appearing at an event alongside hateful, authoritarian, anti-democracy and racist activists. Laura Goldberg from the public relations firm LGBPR provided the following statement:

Josh Hammer does not share nor endorse the views of those published in the opinion section of Newsweek, nor those who participate in events he attends.

Josh Hammer has denounced white supremacist and antisemitic views, such as in a recent podcast episode where he vehemently rejected the views of Nick Fuentes. Any attempt to assign these views to Josh is without merit.

Newsweek's mission is to be a platform for diverse voices and Josh’s work supports that mission. 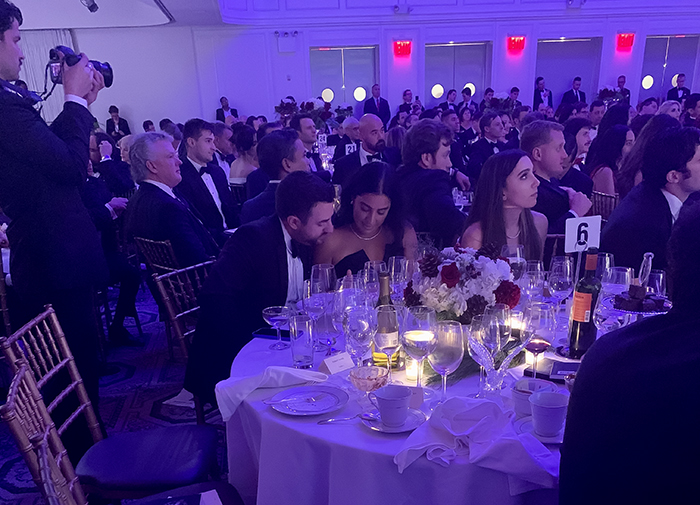 Newsweek opinion editor Josh Hammer chats with a guest at the NYYRC gala on Dec. 10. (Photo by Michael Edison Hayden)

Numerous critics have publicly questioned Newsweek’s ethics as a news organization in recent years, and those voices have grown louder since the publication empowered Hammer to run their opinion section. The magazine has in recent years given money to journalism-focused nonprofits that boast reputations as being mainstream in the industry, such as Poynter and the Committee to Protect Journalists (CPJ). Hatewatch reached out to these groups in the context of Hammer choosing to appear alongside extremists who are demonstrably hostile to journalists and press freedom.

Newsweek pays the journalism-focused nonprofit Poynter to advise them on ethics and has done so since 2019. After Hatewatch reached out to Poynter to talk about Hammer in July, Poynter claimed that they would look into his failure to disclose conflicts of interest in Newsweek opinion pieces, like when he published a glowing dispatch from far-right Hungary without explaining that a group connected to their government sent him there. Hatewatch reached out to Poynter on Dec. 7 to ask them what they thought about Hammer’s appearance at the NYYRC gala alongside the radical right figures mentioned here. They did not respond.

Newsweek also purchased a table at CPJ’s annual gala in November, which focused on that nonprofit’s activism in defending freedom of the press. Hammer’s managers, Cooper and Candappa, attended, according to social media posts Hatewatch reviewed. When Hatewatch reached out to ask CPJ how they felt about one of Newsweek’s most visible figures being named alongside European leaders specifically known for clamping down on free expression, they confirmed that Newsweek purchased tickets from them and “filled it with their own guests.”

“CPJ upholds press freedom wherever journalism is happening, and it would be wrong for us or for anyone to discount this work on the sole basis of the political views of their publishers or coworkers,” a spokesperson for the group said.

Hannah Gais contributed to this report.

Hatewatch is actively seeking more information on how Newsweek hired Josh Hammer. If you have tips, please email michael.hayden@splcenter.org.