Paul Anthony Ciancia’s language and references in his 'manifesto' seemed to put him squarely in the conspiracy-minded world of the antigovernment “Patriot” movement. The attack comes at a time when the Patriot movement has been growing by leaps and bounds, from some 149 groups in 2008 to 1,360 last year, according to counts by the Southern Poverty Law Center. 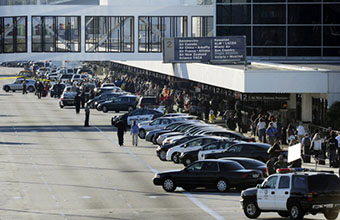 The 23-year-old man who allegedly killed a TSA official at Los Angeles International Airport yesterday was carrying a one-page “manifesto” that included references to the “New World Order,” the Federal Reserve and “fiat currency,” according to a knowledgeable source with ranking law enforcement contacts.

Ciancia’s language and references seemed to put him squarely in the conspiracy-minded world of the antigovernment “Patriot” movement. The New World Order refers to a longstanding conspiracy theory that today, in its most popular iteration, claims that global elites are plotting to form a socialistic “one-world government” that would crush American freedoms. Often, the root of the alleged conspiracy is traced to the 1913 creation of the Federal Reserve and the adoption of fiat currency — paper money that is not backed by gold, as it was once was in the U.S. 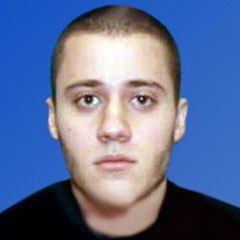 The TSA, short for the Transportation Security Administration, is an agency of the DHS charged with ensuring the security of transportation, most notably air transportation. Although it has not been widely singled out by Patriots, it has been subjected to criticism by far-right homophobes, among others, who have alleged that TSA agents engaging in hand searches are really sexually groping travelers.

One witness told MSNBC that Ciancia asked people at the airport if they were TSA and, if they said they were not, moved on without trying to harm them.

Yesterday, several news organizations reported that Ciancia was carrying a hand-written document referring to his desire to kill “TSA and pigs.” Pete Williams and Andrew Blankstein of NBC News, who first reported that Ciancia had referred to the New World Order, also wrote that a source said his manifesto “expressed animus toward racial minorities.” Hatewatch was not able to confirm that allegation.

Hatewatch has no records of Ciancia and he is not known to have joined or participated in the activities of any radical groups. Reporters talking to his neighbors have not yet found any evidence of such participation or radical statements.

The attack, which Ciancia allegedly carried out using a semi-automatic 223-caliber AR-15, comes at a time when the Patriot movement has been growing by leaps and bounds, from some 149 groups in 2008 to 1,360 last year, according to counts by the Southern Poverty Law Center. That explosive growth seems to have been driven by the election of our first black president and the approaching loss of a white majority in the U.S. that he represents. Another driver is the crash of the economy, which coincided neatly with the rise to national power of President Obama.