The number of extremist groups operating in the United States grew in 2015 – a year awash in deadly extremist violence and hateful rhetoric from mainstream political figures, according to the Southern Poverty Law Center’s annual census of hate groups and other extremist organizations. 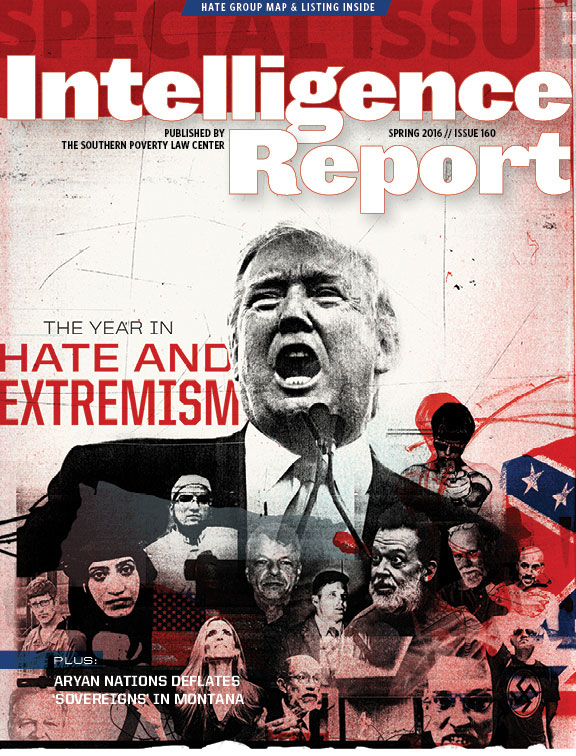 The report, contained in the Spring 2016 issue of the SPLC’s investigative journal, Intelligence Report, can be read here (PDF version is available here).

Click here for an interactive map showing hate group names, types and locations across the country.

The SPLC found that the number of hate groups operating in 2015 was 14 percent higher than in 2014. Antigovernment “Patriot” groups – armed militias and others animated by conspiracy theories – also grew 14 percent during the same period.

“While the number of extremist groups grew in 2015 after several years of declines, the real story was the deadly violence committed by extremists in city after city,” said Mark Potok, senior fellow at the SPLC and editor of the Intelligence Report. “Whether it was Charleston, San Bernardino or Colorado Springs, 2015 was clearly a year of deadly action for extremists.”

This growth came amid a series of lethal terrorist attacks by extremists. In June, a white supremacist murdered nine black parishioners at a church in Charleston, South Carolina. In December, Islamist radicals killed 14 people at a work party in San Bernardino, California – just days after an anti-abortion extremist killed three people at a Planned Parenthood clinic in Colorado Springs, Colorado. These were just the worst of numerous other attacks and foiled extremist plots reviewed in this issue.

“After seeing the bloodshed that defined 2015, our politicians should have worked to defuse this anger and bring us together as a nation,” Potok said. “Unfortunately, the carnage did little to dissuade some political figures from spouting incendiary rhetoric about minorities. In fact, they frequently exploited the anger and polarization across the country for political gain.”

Here are the main articles in the issue:

The demonization of Muslims, Latinos, immigrants and others became commonplace in 2015. Presidential candidate Donald Trump made headlines with a call for a temporary ban on Muslim immigration and his description of Mexican immigrants as rapists and drug dealers. He even cited a bogus “poll” by the Center for Security Policy that falsely claimed that a quarter of American Muslims support violent jihadists such as the members of the Islamic State.

The Center for Security Policy is one of two anti-Muslim groups listed as hate groups for the first time in this year’s report. The other is ACT! for America.

Other political figures launched their own verbal attacks against a host of targets to exploit the anger and fear of some Americans over the country’s changing demographics, immigration, the legalization of same-sex marriage, the rise of the Black Lives Matter movement and atrocities committed by Islamist terrorists. Economic pressure on white, working-class Americans has also contributed to the anger.

“Backlash,” a related report within this issue, explores the wave of violence and hatred directed at American Muslims in the wake of shrill attacks by major presidential candidates and recent jihadist massacres in Paris and San Bernardino.

These messages by mainstream political figures were often amplified by right-wing media outlets, adding to the sense of polarization and anger across the country – an atmosphere that may be unmatched since the political upheavals of 1968. With the new year beginning with armed militiamen seizing a federal wildlife refuge near Burns, Oregon, the extremist threat in the United States appears likely to get worse before it improves. 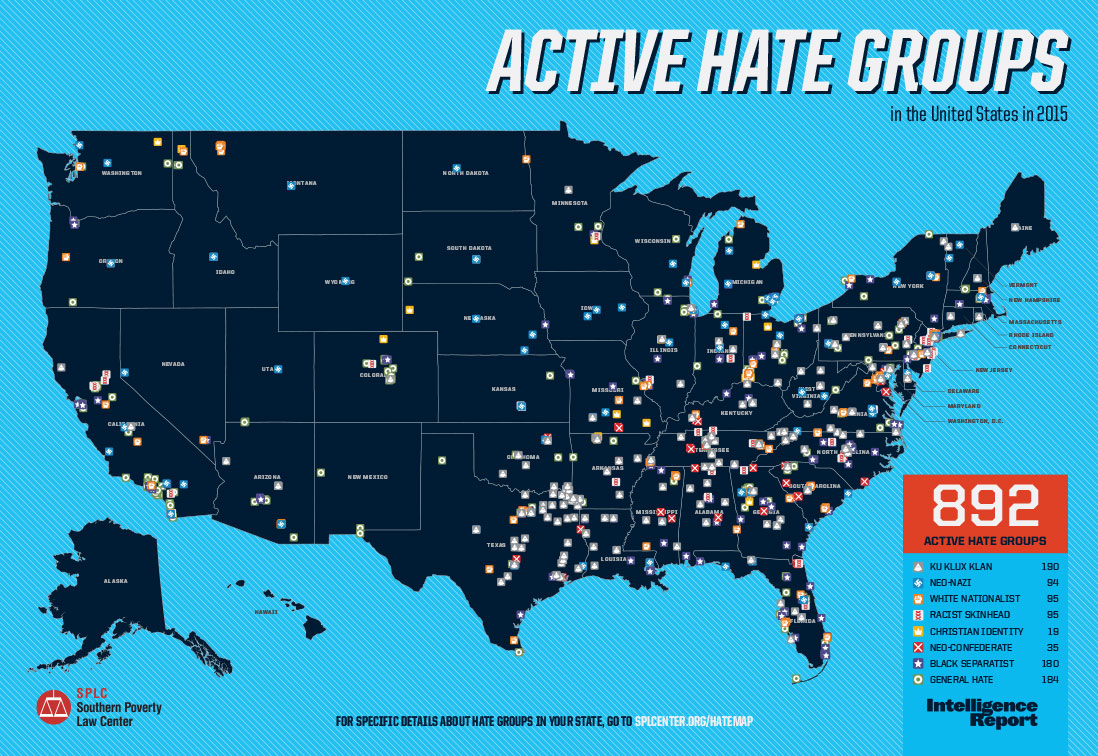