A federal court has upheld the firing of an Alabama police officer who was let go after the SPLC exposed his ties to a white supremacist group. 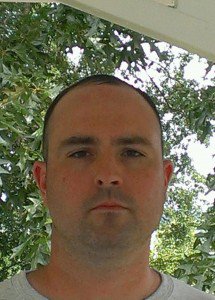 Josh Doggrell, a former police lieutenant in the city of Anniston, lost his job after the SPLC revealed in 2015 that he had addressed the annual gathering of the League of the South in 2013. He sued the city in 2016, claiming the firing violated his rights under the First Amendment and the Alabama Religious Freedom Amendment.

Hopkins wrote that the city fired Doggrell primarily because of “community uproar” sparked by the SPLC’s revelation of his speech, which “implicated the APD [Anniston Police Department] as a law enforcement agency with a sympathetic, if not supportive view of the League of the South’s controversial mission and purpose.”

Another reason for the firing, the judge wrote, was that Doggrell violated the police department’s anti-harassment policy by displaying a “not equal” sign – white with a black background – on his Facebook page.

The League of the South is a neo-Confederate group that advocates a second secession and a nation dominated by white people. Doggrell had been a member since he joined as a student at the University of Alabama in 1995, and he started a chapter in Calhoun County in 2009.

In the 2013 speech, Doggrell told members of the League that police officers are “just as susceptible to being swayed to our side and our views as any other southerner, and I would say even more so,” and “[officers] are the kind of people … that can be counted on to be a warrior in the battles to come.” He also relayed a conversation in which he claimed the city’s former police chief told him that “we pretty much think like you do.”

After the SPLC brought the speech to light, the city manager placed Doggrell and another officer who attended the 2013 gathering on administrative leave and initiated an internal investigation, according to the ruling. He announced his decision to fire Doggrell two days later.

The controversy also served as a “catalyst” for the United States Attorney’s Office in the Northern District of Alabama to become involved in the Anniston Police Department’s affairs and operations, according to the ruling.