Mississippi will reinstate more than 100,000 driver’s licenses that were suspended for non-payment of traffic tickets and will no longer suspend licenses for failure to pay fines, under an agreement that was announced today between the SPLC, the Mississippi Department of Public Safety (DPS) and another organization.

Under the new procedures, DPS will also waive its $100 reinstatement fee, will notify these drivers that their licenses are no longer suspended and – if their licenses have expired since they were suspended – will instruct motorists how to reinstate them.

In a state where 22 percent of the population lives in poverty – the highest percentage in the nation – the new procedures could spare many people from further impoverishment.

Previously, DPS would automatically suspend a license, without asking people why they could not pay and without giving them extra time to pay or an alternative punishment like community service.

“We commend the state of Mississippi for taking steps to ensure that in the future, no one will lose their license if the only reason they failed to pay a traffic ticket is that they simply did not have enough money,” said Sam Brooke, SPLC deputy legal director. “We also welcome Mississippi’s decision to reinstate licenses that had been previously suspended because people were unable to pay. 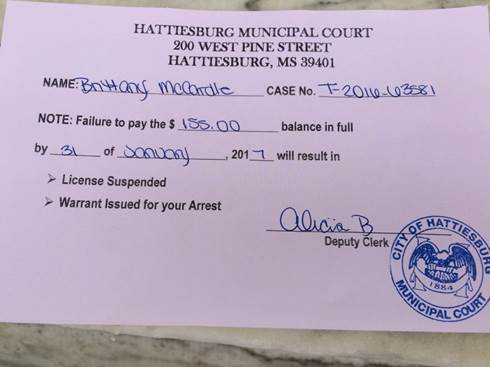 Brittney McCardle faced license suspension after she was unable to pay a $155 fine and court costs related to her traffic case.

“Poverty is not a traffic crime,” Brooke said. “There is a growing recognition across the country that people should not face additional punishment just because of their poverty, and that includes taking away their driver’s licenses when they can’t pay fines.”

The agreement makes Mississippi the fifth state to require an ability-to-pay determination before suspending a driver’s license. Other states with a “willfulness” determination include Louisiana, Minnesota, New Hampshire and Oklahoma, according to a recent analysis from the Legal Aid Justice Center.

Additionally under the agreement, DPS will no longer enforce a statute that authorizes license suspension for non-payment without first determining whether the person willfully failed to pay. Drivers with multiple reasons for suspension will have suspensions for non-payment removed from their driving records, and DPS will notify them why their licenses remain suspended, as well as how to resolve the suspensions.

The policy changes came about after the SPLC and the Roderick and Solange MacArthur Justice Center raised concerns about the practices last year.

The settlement will help people like Vicki Smith of Columbia. Her license was suspended because she could not afford to pay two traffic tickets from 2013. She was working as an accounts payable specialist but had to leave her job when her doctor ordered her onto pregnancy bed rest soon after the tickets were issued. 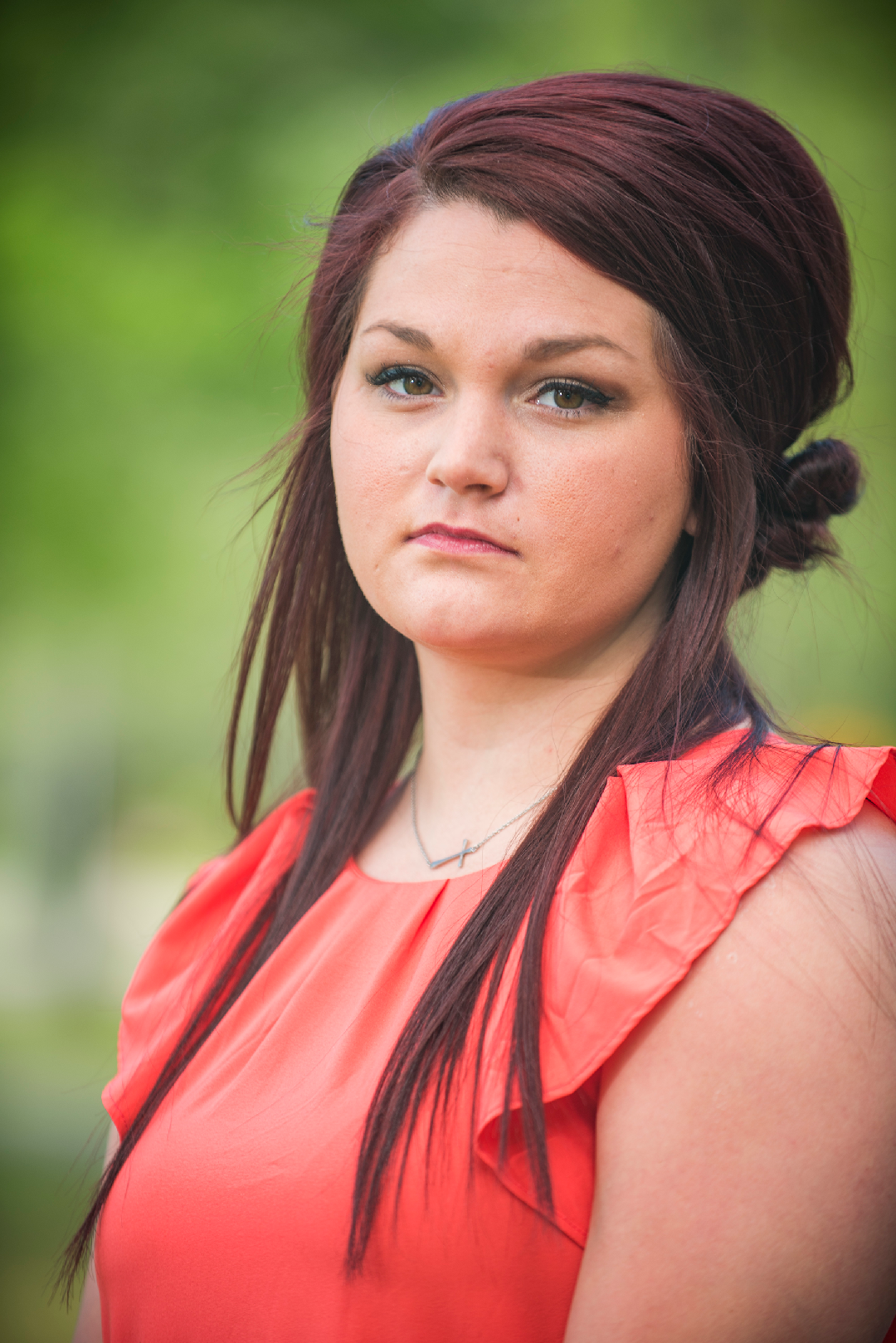 Vicki Smith, of Columbia, had her license suspended because she could not afford to pay two traffic tickets from 2013.

“My suspended license made it very difficult to get on my feet again and to find a job,” said Smith, whose only source of income is food stamps and her autistic son’s Social Security disability checks. “I recently lost my job as a health aide because I don’t have reliable transportation and there is no mass transit. I would have paid the tickets if I could, but I can’t afford it. I struggle to pay for my son’s medical expenses and basic necessities.”

Brittney McCardle of Petal, who is unemployed and receives food stamps to support herself as well as Social Security disability benefits for her autistic daughter, was facing license suspension after she was unable to pay a $155 fine and court costs related to her traffic case.

“I live on a fixed income and told the judge I couldn’t afford to pay for the traffic ticket by the deadline,” said McCardle, who also donates blood plasma for $45 to help pay for her living expenses. “I was worried that I was going to lose my license, which would have made it more difficult for me to find a job, go to the store, or take my daughter to the hospital if she couldn’t breathe because of her bad asthma.

“I have been applying for jobs, but most require proof that I have a driver’s license to get to work. Hopefully, this is something I won’t have to worry about now with the state’s new policy.”

The SPLC and the MacArthur Justice Center say that Mississippi courts have not been following the law regarding collection of fines and fees, and both entities have been pursuing litigation throughout Mississippi, addressing the rights of indigent defendants.

For example, the SPLC has filed a lawsuit against the city of Corinth and Municipal Judge John C. Ross for operating a modern-day debtors’ prison, unlawfully jailing poor people for their inability to pay bail and fines.

Is your driver’s license suspended because you didn’t pay a court fine?

You may be eligible to get it back immediately. The Mississippi Department of Public Safety (“DPS”) is lifting suspensions for failure to pay fines and reinstating those licenses that were suspended solely for that reason. If you are affected and would like to get your suspension lifted immediately, you can do so at the following DPS locations—Jackson, Hattiesburg, or Batesville.