As our nation grapples with yet another mass shooting we must look closely at why this hate-fueled violence is contaminating our society.

The social media postings of the alleged shooter provide a chilling, but unfortunately expected, answer.

They show an adherence to the antisemitic conspiracy theory that Jews are trying to destroy the white race through immigration – which they believe is "white genocide."

The alleged shooter, Robert Bowers, reaffirmed his belief in this absurd conspiracy while receiving medical treatment after slaughtering 11 people and injuring others including four police officers. He said he “wanted all Jews to die” and also that “[Jews] were committing genocide to his people.” 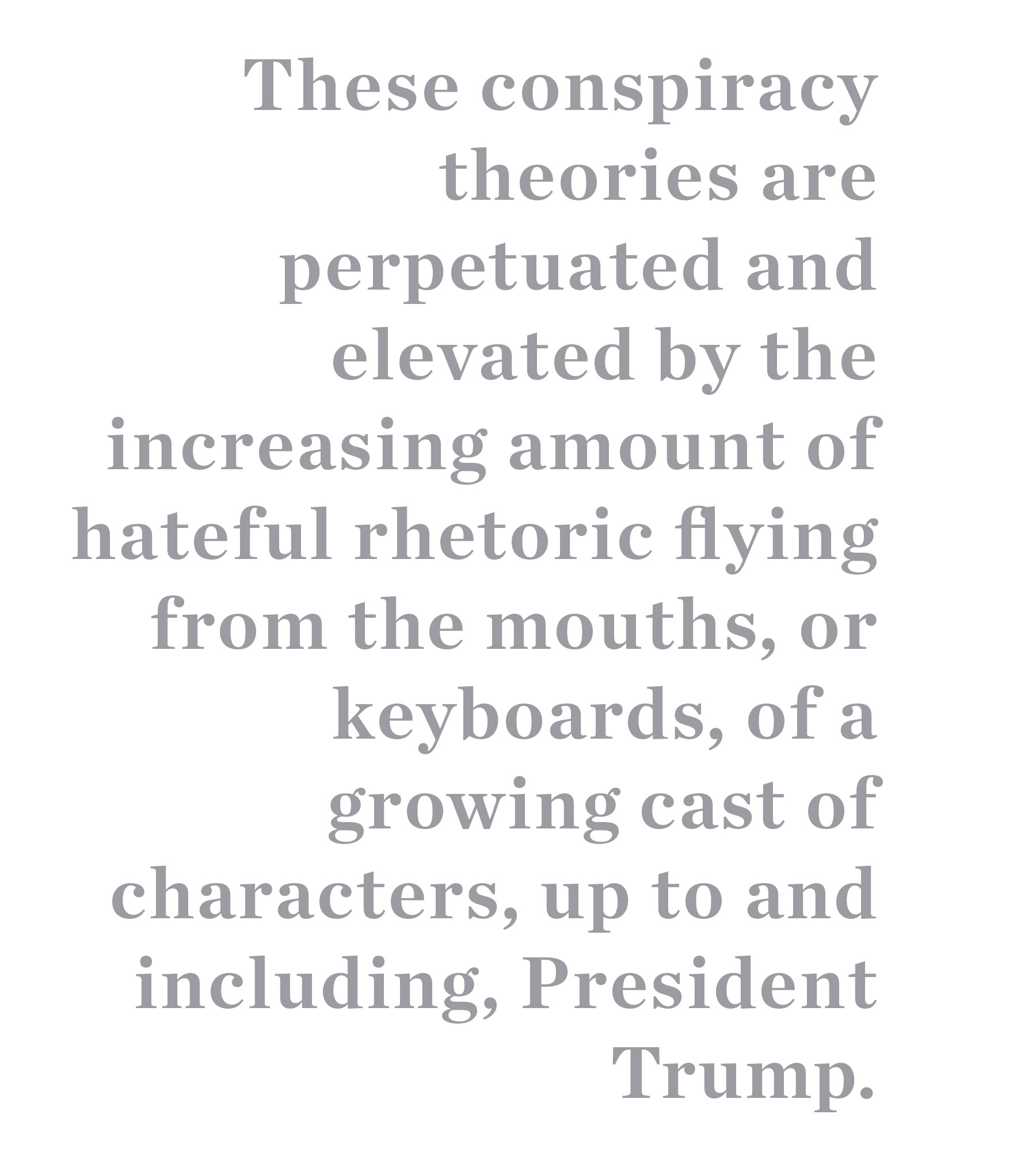 In the case of this mass killing at the Tree of Life Synagogue in Pittsburgh — believed to be the deadliest attack on the Jewish community in the history of the United States – the alleged murderer is, once again, emerging as a man who was deeply steeped in the racist and antisemetic conspiracy theories that run rampant on unchecked social media platforms such as Gab.

These conspiracy theories are perpetuated and elevated by the increasing amount of hateful rhetoric flying from the mouths, or keyboards, of a growing cast of characters, up to and including, President Trump.

The antisemitic “white genocide” conspiracy has been smuggled into wide circulation with terms like “globalists” and the constant vilification of George Soros. This includes a popular lie that Soros – a Holocaust survivor – was a Nazi. And just this past week several commentators on the mainstream right have insinuated Soros’ involvement in the migrant caravan.

This irrational fear that “the other” — minorities and people of color — will take the country away from whites is the through line connecting a spate of violence targeted at houses of worship across different religions in just the past six years.

In 2015, it was “fear” of blacks that led to the murder of nine African Americans at Charleston’s Mother Emmanuel Church. In 2012, it was “fear” of Muslims that spurred the killing of six at a temple in Oak Creek, Wisconsin.

But this violence doesn’t just come down to fear of “the other.” It is organized hate and targeted hateful rhetoric – online and in the real world – that moved the plots forward.

The mass shooting in Wisconsin was carried out by a long-time member of the Hammerskins, a hardcore racist skinhead group. The massacre at the church in Charleston was at the hands of a young man who imbibed in and whose views were incubated on hate group websites.

Sadly, the slaughter of 11 innocent people hasn’t halted this vile rhetoric – in fact, it has stoked it.

The events of this past week, even before this weekend’s heartbreaking tragedy, highlight this trend in disturbing discourse.