Clifton Franklin was a high school football running back who – at 16 – wanted to play in a big game between Louisiana rivals. His mother, however, had other plans.

She brought him – begrudgingly – to Montgomery, Alabama, where Herbert Lee, her father and Franklin’s grandfather, was being recognized as a martyr on what was then a brand-new Civil Rights Memorial.

Thirty years later, Franklin, 46, is leading relatives of all ages to the memorial, to teach them about their family’s history. Feeling that the time is overdue, he is bringing about two dozen family members on Saturday to the memorial that bears his grandfather’s name.

Although he was disappointed to miss out on that big football game, Franklin said he learned a lot from attending the memorial’s Nov. 5, 1989, opening ceremony.

“The biggest thing that I took away from that trip was at the unveiling of the monument, I was amazed with how many other races were there,” he said. “People from all other walks of life, and … I don’t think at that point in my life I really understood that it was more than blacks that died for civil rights. And so that was the biggest takeaway for me, that there were so many others that suffered and lost lives or were treated unfairly or inhumanely because they did what my grandfather and so many others were fighting for.”

Situated adjacent to the SPLC’s headquarters and around the corner from the historic church where Martin Luther King Jr. led the Montgomery Bus Boycott that galvanized the civil rights movement, the Civil Rights Memorial honors 40 people, including Lee, who were killed during the struggle. The memorial, designed by Maya Lin, serves as a vehicle for education and reflection about the struggles for equality.

“This trip really provides an opportunity for just some learning for all of us,” Franklin said of his family’s visit to the memorial and the Civil Rights Memorial Center (CRMC).

The CRMC, which is just behind the memorial, provides visitors with more in-depth information about the civil rights martyrs and events in the movement. State-of-the-art exhibits and an original short film inside the center encourage thoughtful reflection on the power of individual activism.

“We are pleased to welcome back the family of Herbert Lee, who stood against injustice in the face of grave danger, like the other heroes we recognize here at the memorial,” said Tafeni English, the CRMC director. “It is our sincere hope that Lee’s family members – and indeed everyone who visits the memorial – will see, hear and feel how important it was for people like him to stand up for civil rights, and how their efforts contributed to the quality of life that we enjoy today.”

Lee was a quiet defender of freedom and justice.

A businessman who supported his wife and their nine children with his Mississippi cotton farm and dairy, he had little formal education and could barely read. His wife taught him how to sign his name after they were married. 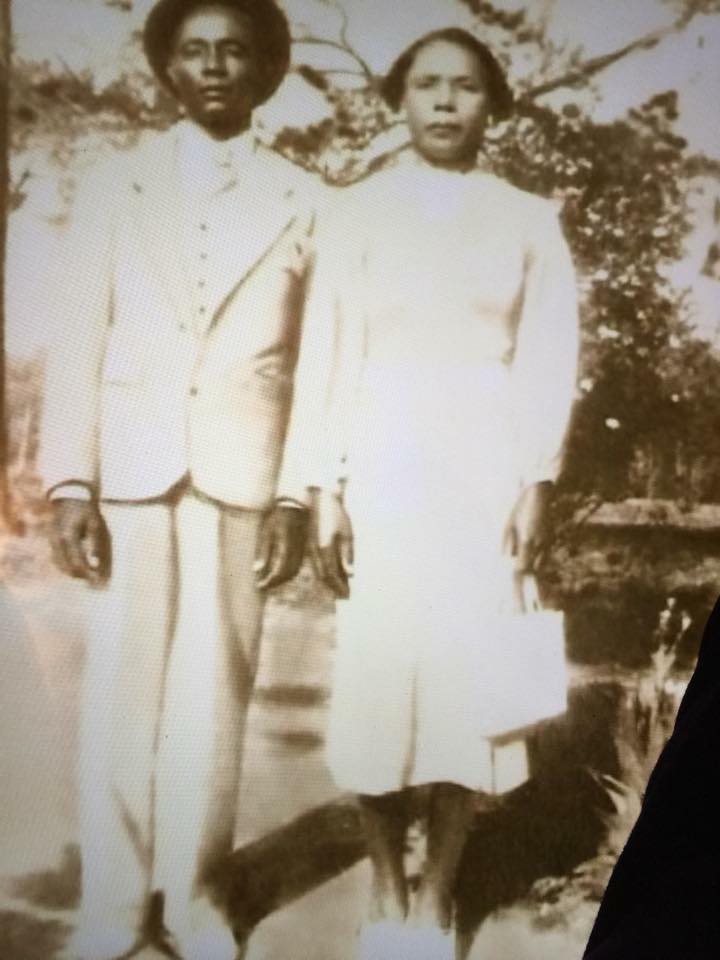 Even those who knew him well do not recall hearing him talk about civil rights. But his actions spoke louder than his words: He attended NAACP meetings at a neighboring farm without fail, even when threats and harassment kept many others away.

Another thing made him quite valuable to the movement: his automobile. He was one of the few local African Americans with a car of his own.

When Bob Moses of the Student Nonviolent Coordinating Committee came to Mississippi in 1961 to register black voters, Lee was his constant companion. He spent hours driving Moses and the local NAACP president from farm to farm so they could talk about voting. In all of Amite County, Mississippi, there was only one black person registered to vote, and that person had never actually voted.

On the morning of Sept. 25, 1961, Lee pulled up to a cotton gin outside Liberty, Mississippi, the county seat, with a truckload of cotton. Several people watched as Mississippi state Rep. E.H. Hurst approached Lee and began to shout.

Lee got out of the truck, and Hurst ran around in front of the vehicle. Hurst then took a gun out of his shirt and shot Lee in the head. The legislator, who claimed self-defense stemming from an argument over debts – said Lee had threatened him with a tire iron. He was never arrested.

Louis Allen, a black farmer and timber worker who had seen the shooting, initially supported Hurst’s version of events, but later said that Lee was unarmed when Hurst shot him. Allen was  gunned down in his driveway on Jan. 31, 1964 – the day before he was to move to the North. No one was arrested for Allen’s murder, either.

Lee’s survivors say he was murdered because of his efforts to help black people vote.

Shirley Riley, Franklin’s mother who took him away from that football game in 1989 to attend the memorial’s unveiling, is Lee’s daughter.

Riley was 5 years old in 1961 when Lee was shot. She was too young to understand what was happening. But her mother – Prince Estella Melson Lee, Herbert Lee’s wife – filled Riley in on the murder when she was old enough.

Riley’s mother told her that white men did not like the fact that Herbert Lee was helping black people register to vote. They held a meeting one evening to arrange his murder, she said.

What’s more, the notion that her father was arguing with Hurst before the murder was simply not true, she said, adding that Allen was threatened into initially backing up Hurst’s inaccurate account of the shooting.

“I don’t know if they told Louis Allen to say what he said or what, but he did want to tell the truth, because that was the witness,” Riley said, recounting what her mother, who has since passed away, had told her. “He was going to meet with the FBI that next day and they killed him that night.”

Riley, who was born in 1956, is old enough to remember segregated water fountains, bathrooms and other public accommodations.

In her daily routine in Kenner, Louisiana, she frequently tells young people that they should remember the sacrifices of those who paved the way for the freedoms they enjoy today. She is sharing that wisdom with younger family members who are traveling with her to Montgomery this weekend.

“I’m excited about coming on Saturday,” Riley said. “I can remember seeing those little signs that said ‘Colored’ here. I’m definitely looking forward to it just like I said, just to remember all of those who sacrificed their lives for me to vote, to be able to sit on any seat on the bus, to be able to go into a restaurant and sit down at the table and don’t have to go to the back of the window to get our food, to be able to drink out of the same water fountain.” 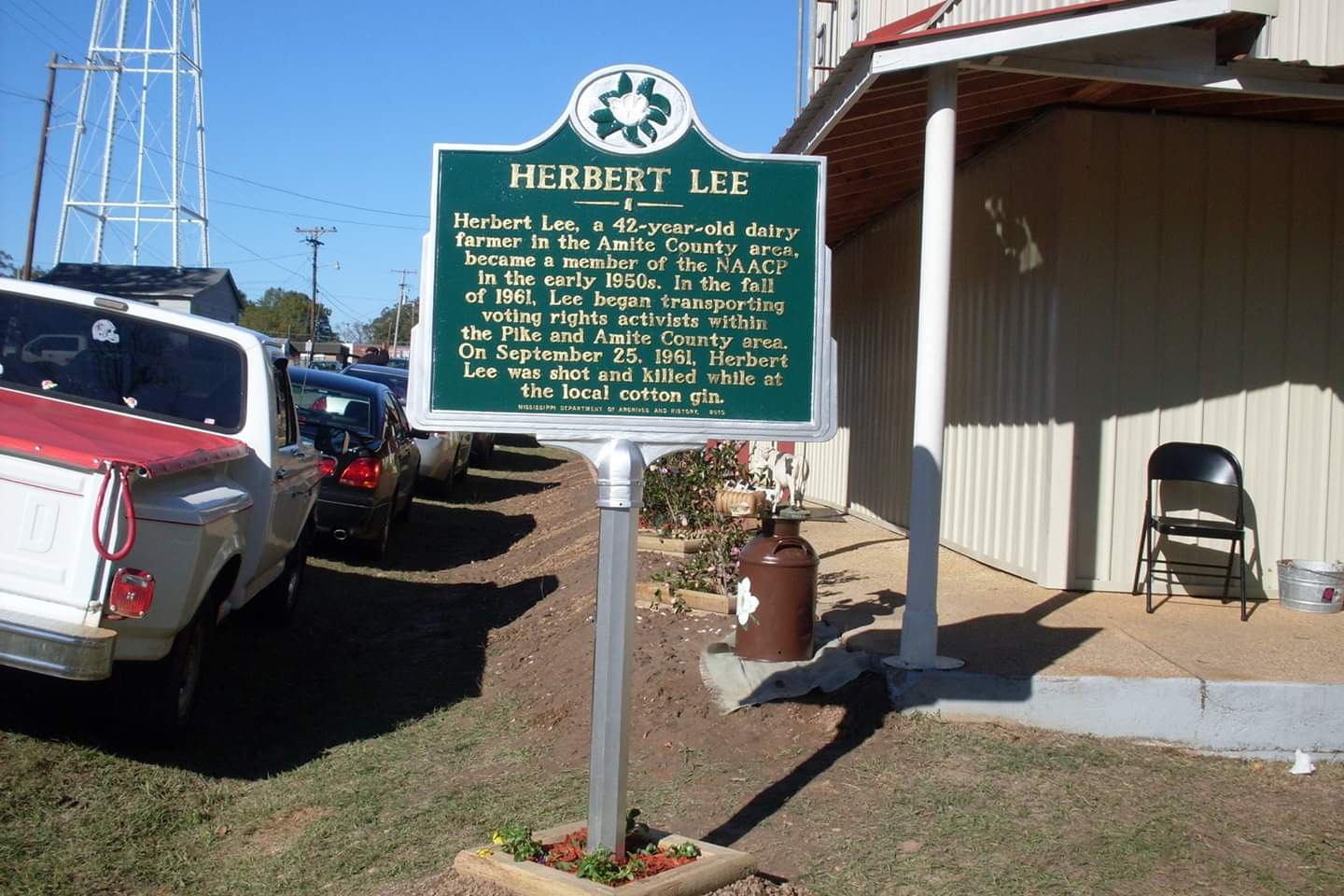 Photos courtesy of the Franklin family.