Frances Everson was born and raised in Huntsville, Alabama. The home she now lives in, previously rented by her mother, was always a family affair. She’s visited frequently by her family – her three daughters, three grandchildren and three great-grandchildren included. Today, her mother lives right next door.

Frances was the middle child of five. The youngest sibling was stillborn. Her second oldest brother was hit by a car and killed in 1971 when Frances was just 8. Her sister, only a year younger than she was, was shot and killed in 1981.

That’s when all of the trauma really started to set in.

“My life started spiraling out of control in the ‘80s,” Frances, now 56, told the SPLC.

Frances said she started using drugs – cocaine, specifically. She developed a habit of taking items from department stores. It was an impulse that ultimately landed her in Alabama’s state prison system more than five times over the course of almost 20 years, starting in 1985.

She never took expensive items. One court document noted a loss of hair products at the cost of $28.84 from an Albertson’s. Another mentioned two cigarette cartons at a value of $21.84 from a different grocery store.

When Frances was released from prison for the last time in 2004, she avoided shopping altogether for years.

“I wouldn’t go to the store. If I did, it was just a little convenience store. I feared that out of habit I would pick up something. I would not go shopping with any of my children or my mother. I just would not go.”

The criminal justice system tends to not recognize compulsive stealing as a psychiatric condition, often coupled with substance use disorders, that should be treated similarly to other impulse disorders with support groups and professional counseling. This is despite some recent research that even nods to certain drugs, like naltrexone, as a potential route for treatment for kleptomania.

In Frances’s case, prosecutors in Madison County wrote her off as someone who could never change her behavior.

During her last term in prison in 2003, Frances wrote a letter asking for her sentence to be amended. She was charged with theft of property in the second degree in 1998 and had already served the mandatory three years for it. But she violated her probation in 2002 and was sentenced to prison again for another four years. At the time, she was one of many women transferred to South Louisiana Correctional Center in Basile, Louisiana, due to overcrowding in Julia Tutwiler Prison for Women in Alabama.

According to a memo in response to the proposal to amend her sentence, Rebekah Callahan, the prosecutor in the case, wrote to the judge, “I have prosecuted Everson for years. She has six prior felony offenses and two cases reduced to misdemeanors. It is my opinion that keeping Ms. Everson in jail is the only way to keep her from stealing someone else’s property.”

Despite the sentiment, Frances was released on probation within two years.

“It’s sad for them just to automatically assume the worst of a person no matter what. It doesn't matter how hard you try,” Frances said when asked about the letter. “I made it through the system regardless of how y’all thought or how y’all felt. I made it out.”

While in prison, Frances received certificates for completing a six-week anger management course, a seven-week parenting course and Bible studies. She worked various jobs while at Birmingham Women’s Community Work Center. But each time she was released, nothing prepared her to settle back into her life outside.

“When you go in the judicial system, they are supposed to help rehabilitate you. That’s what my understanding is. Well, I tell you, I ain’t got no rehabilitation. They aren’t helping transform or rearrange anyone’s thinking so that when they come back out here, they aren’t thinking with the same mentality. When you go to prison, they either make you smarter or a smarter criminal. Ain’t nothing about the Department of Corrections in the state of Alabama that’s about rehabilitation. I haven’t seen it. I see oppression. I feel oppressed even for the ones that are still there.”

After Frances was released from prison for the last time in 2004, she still struggled with drug use. But eventually, her faith and a newfound community at church starting in 2009 helped her finally get away from using. 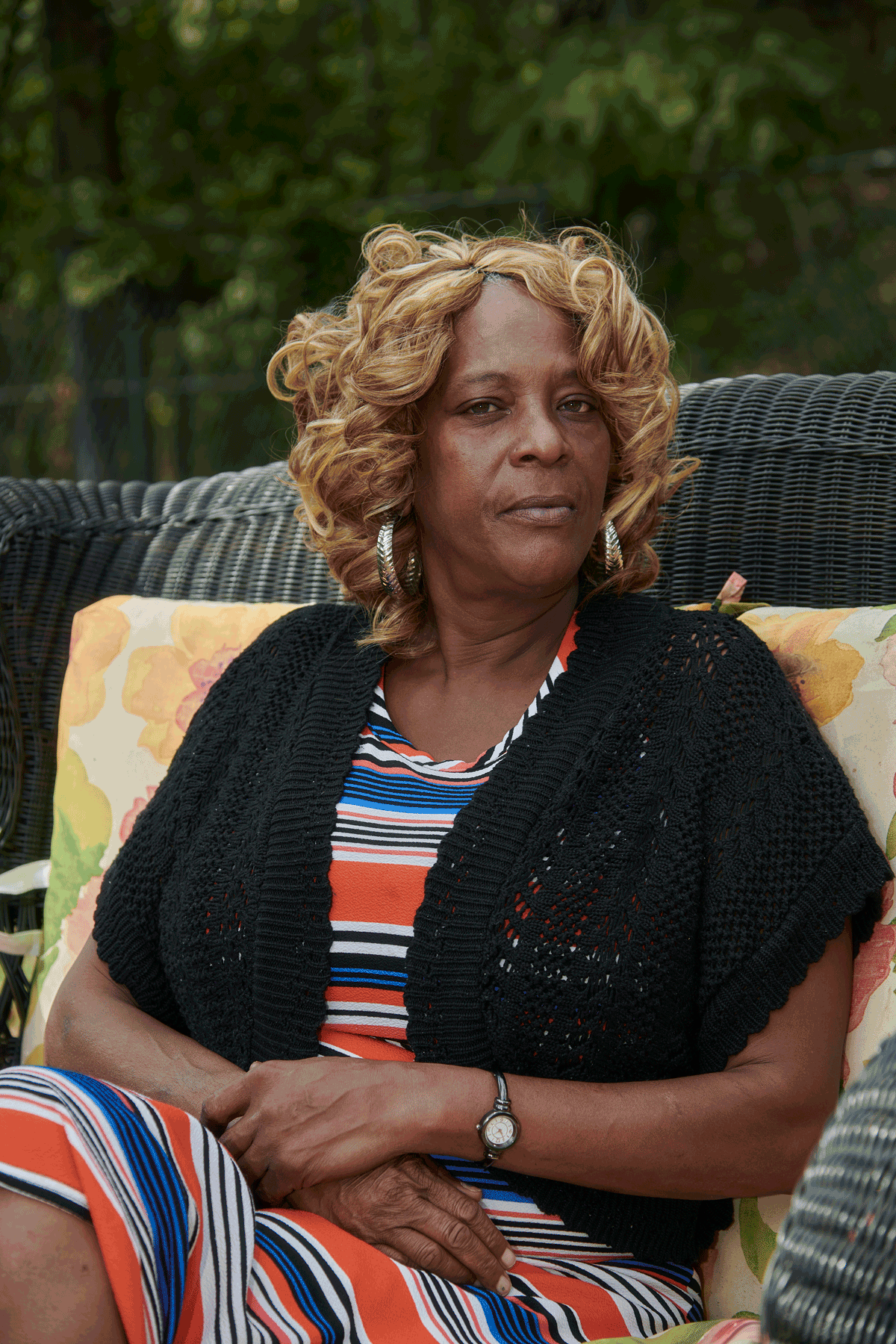 Frances is a part of the local Faith In Action congregation in Huntsville, a nonprofit described as a multifaith, multiracial grassroots organization that honors God by creating system change and opportunities for all Alabamians, with one focus being criminal justice reform.

Frances was sentenced to her first term in prison only a few short months after her second daughter was born. While she was in and out of prison, the oldest stayed with her mother and the other two stayed her youngest daughter’s father.

She wasn’t always happy with how the custody process played out, but she was still a big part of her daughters’ lives growing up, to the extent that she could be. She said they still came to her when big decisions needed to be made, and now they keep in touch almost every day.

Her family always remained a point of support, even in times when she was unable to support herself. In ways, she considered that her rehabilitation.

“Not everybody has that. But I had that.”

Today, a photo of Frances and her three daughters, now all in their 40s and 30s, hangs proudly in her home, right next to a portrait of her mother as a younger woman.

“We made it through. I don’t care what the court system says, it doesn’t matter. They’re mine, and we’re back together again. And my mother is still here, she stays right next door to me. It hasn’t been an easy road and some days are better than others, but life is good now.”