Ashley Buford could not hold back the tears when she saw her brother behind a chain-link fence with barbed wire on top.

“I was a little girl. I was 16, and they would be out playing basketball or something. We would ride up there and be able to see him through the fence. It was very hard. When we would leave, I would cry the whole way home.”

Ashley never went inside the Limestone County Jail in Athens, Alabama, where her brother was awaiting trial for almost three years. Her family thought it would be too hard for her to handle.

That was two decades ago.

Her brother, Octavious Buford, was 18 years old when he was arrested in 1999 for a high-profile robbery in Tanner, Alabama. One man was killed and another wounded.

“I broke down crying seeing it on the news,” said Ashley, now 35. “Because it was his name, his face, just every day, every time the news came on. That's what we saw.”

When Octavious finally stood trial in 2002, the death penalty was up for consideration by the court. However, Ashley said her brother maintained his innocence.

“A lot of times, as a family, you want them to go ahead and plead out so they won't have to face that. But he's very adamant that he's not guilty. He wanted justice to be served in the right way, so he wasn't gonna plead out for something that he didn't do.”

According to court documents, Bill Oscar Lee Jr., the other victim in the case, testified that he only recognized Hampton by his face during the robbery and that Hampton was the person who shot both him and the deceased victim, Quentin Troupe. Although the other two men were masked, Lee testified that he recognized Octavious by his body shape, height and weight. No other witnesses identified any of the men at the home.

Many of the prosecution's witnesses testified that they saw Birdsong, Hampton and Octavious together in the area before the crime was committed, in a red truck that belonged to Birdsong’s brother. However, Octavious’ aunt and uncle provided a statement alleging that he was at their home before, during and after the crime. What’s more, none of the physical evidence that was collected from the scene was tested for DNA.

Nevertheless, in October 2002, Octavious was convicted of capital murder during a robbery, capital murder during a burglary, attempted murder, robbery and burglary. He was sentenced to life without parole. During an appeals process in 2004, the robbery and burglary charges were sent back to a lower court due to a violation of double jeopardy – meaning that he could not be prosecuted twice for the same offense – but that didn’t reduce his sentence.

To date, he’s been in prison for the past 20 years. For much of that time, he has been placed in solitary confinement, even though he was classified as medium custody (someone who demonstrates fewer behavioral problems and is adaptable to prison dormitory living) by the Alabama Department of Corrections (ADOC) classification system.

Since he was convicted, Octavious has spent most of his time in St. Clair Correctional facility, one of the state’s most violent prisons. Four years ago, he was stabbed in the neck by another incarcerated person and had to be transferred out to a hospital for his injuries. ADOC never notified his family directly about the incident.

“Somebody that's there [on the inside] got it out to us that something happened. They didn't know if he was dead or alive, that they just took him out. They thought that he was dead, so we were calling down there to talk to the counselor or the warden. Nobody was wanting to talk to us at first, and then finally my mom was able to get somebody to tell her what's going on.”

Octavious was in the hospital for three weeks.

“They took a vein from out of his thigh and put in his neck. It was the main artery in his neck. They had to basically remake it.”

After his surgery, he was transferred to the St. Clair infirmary, then back into lockup and finally into the general population.

In February 2019, Octavious was one of 30 people transferred from St. Clair to Holman Correctional Facility in Atmore, Alabama, following a contraband raid. He went straight back into solitary confinement.

“I know now he's got a job. I guess cleaning the hallways and stuff like that. But other than that, before he got the job, all he could do was work out. He said that half the time they weren't taking them out to shower and stuff like that either. … He said sometimes they would take them out once a week to shower.”

Octavious should have been transferred out to another facility by now, she said, just like other people imprisoned there have been. He had even packed up his things, preparing to leave.

“We don't have any answers. We don't know why he's still there.” 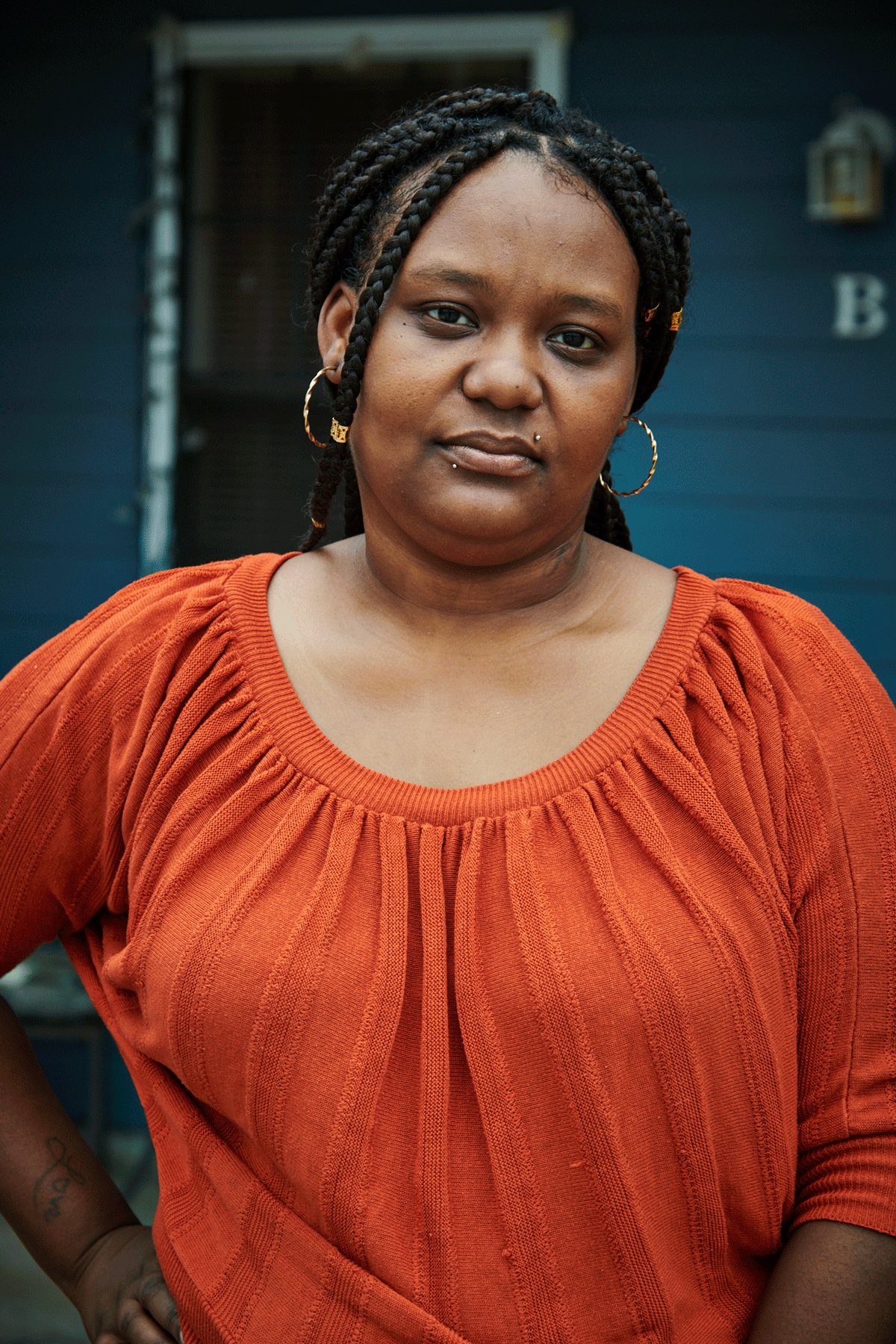 Ashley and her family are doing everything they can to keep Octavious encouraged and are still fighting to find other avenues for legal help, even after 20 years.

Since the original conviction, there have been several efforts for relief in Octavious’ case. In 2010, a motion for post-conviction forensic DNA testing was filed by pro bono counsel for the Georgia Innocence Project. It was unclear whether the handgun, masks or fingerprints collected into evidence were ever tested, according to the motion.

“This testing will resolve issues not previously resolved by any prior testing and analysis. Had the biological evidence been tested at the time of trial and the tests excluded Buford, he would have been acquitted,” the document said.

However, the motion was denied.

“He's about to give up to the point to where he feels like there's no out. I'm really not sure what he'll try to do at this point because he's losing hope. The other night I talked to him and I couldn't do anything but just pray for him. Because I heard it in him. He's to that point to where he's about to give up. And I don't want him to do that. I told him that that's what they want you to do. They're trying to break you. But he is to that point.”

Before he went to prison, Octavious – the oldest of his four siblings – was regarded as the family father.

“He's like the father of everybody, including my mom. So we try not to let him know that we're stressed and are trying to be strong for him as well. We try to suppress a lot of our feelings. But it's hard, it's very hard.”