In late 2016, Janine Tarver was up for parole for the third time. She’d already served over 16 years of a 20-year sentence, but she wasn’t optimistic about her chances of release.

“I wasn’t too hyped up about it,” Janine, 37, said. “It already happened twice. It was denied twice. I was like, ‘Well, it’s probably going to get denied this time.’”

Seven years into her sentence and again 11 years into it, Janine’s family faced Alabama’s parole board to make the case for her release. In Alabama, incarcerated people aren’t allowed to speak at their own parole hearing, which means the burden often falls on their family.

“[Our families] don't live with us on a day-to-day basis in [prison], so they can't really say how we've changed. We can only tell them what we've done. It was very emotional for my family, that's what my biggest problem was. I'd really rather handle it myself than have to bring my family into it and actually go there each time and get disappointed.”

Janine wasn’t sure what would make a difference for the third time. Something, however, was different: She received her parole. Her parole record, like many Alabama parolees, doesn’t specify a reason, but she believes serving almost 85 percent of her sentence made the difference. What Janine knows for certain is the tragic series of events that led to her incarceration and that the road ahead, like that for many formerly incarcerated people in Alabama, will be challenging.

A night out, a tragedy

In August 2000, weeks after Janine turned 18, she was arrested after a deadly robbery at a grocery store in Union Springs, Alabama. Court documents note the store owner was killed by Janine’s friend, Michael Williams, during a struggle over the owner’s pistol. The documents note Janine, Williams and a teenager with them ran from the store. But Janine said she never went inside the store.

Before the shooting, Janine describes a night where the trio went out to enjoy a few parties. “Around 11, I was like, ‘Listen, I need to go home.’ We got in the car and they said, ‘Well, we're gonna stop here at the store right quick.’ I said, ‘Get me a pack of cigarettes and a drink.’ So they go in, I see a lady go in behind them. I didn't think anything of it. Then I hear gunshots and I see the lady run out of the store … I jumped out of the car.”

Despite being on foot, she eventually made it to a friend’s house across town. Janine was later arrested along with Williams and Calhoun, and charged with capital murder. The charge implies intent to kill – despite Janine contending that she never went into the store where the murder occurred. She waited in Bullock County Jail for almost two years while Williams stood trial. He was convicted of felony murder and sentenced to life in prison. The young teen with them was tried as a juvenile. Janine said he served only a couple of years.

After Williams’ conviction, the prosecutor offered a plea bargain to Janine for a manslaughter sentence of 20 years.

“The victim's family went to my DA and asked them, ‘Can you please give her a plea bargain?’ They didn't want to go through the trial and they were like, ‘We got the actual killer, but we still want her to do time, too.’ I didn't want to take it, but my mom begged me. She said. ‘You already know that if you take it to trial they're gonna give you the life sentence that they were trying to give to you in the first place.’ That's why I ended up taking that ... I ended up still having an [end of sentence] date in the end.”

Janine spent the next 16 years – most of her early adulthood – in prison, first in Julia Tutwiler Prison for Women.

“When I got there they didn't have cameras. Now, before they got cameras, I didn't like a lot of the excessive treatment that the officers gave inmates, you know, beating on them, talking to them crazy and stuff like that. It was mostly [male corrections officers] that I had seen … beat on [the incarcerated women], break arms, do all kinds of stuff to women. And I just thought … ‘That woman … you just broke her arm … she's already in handcuffs. What can she do anyway?’”

Janine spent most of her time at Tutwiler, a few years in South Louisiana Correctional Center in Basile, Louisiana, due to overcrowding at Tutwiler, and eventually made her way into Montgomery Women’s Facility where incarcerated women can participate in work release. During her time in work release, Janine worked in the governor’s mansion as a housekeeper every weekday during part of the Bentley administration. She said the pay would be about $60 a month.

By the time Janine was up for parole for the third time in 2016, she’d exhausted almost all of her rehabilitation options.

“It wasn't like my institutional record was bad. I had done everything that I could possibly do. I had taken like 200 classes. I got my GED there, I went to trade school, you know, and then I did some outside classes with Auburn University. There was nothing else to do.”

She was released in December 2016.

‘I feel that I’m just starting’

After her parole, Janine said her family and best friend, a woman who was incarcerated with her, helped her get a phone, clothes and find housing. Without them, it would have been difficult.

When she was first released, Janine was able to find work through a temporary employment agency. Now she works as a kitchen manager at a Montgomery restaurant. Finding a job, however, wasn’t easy. She faced a lot of rejection due to her criminal background. 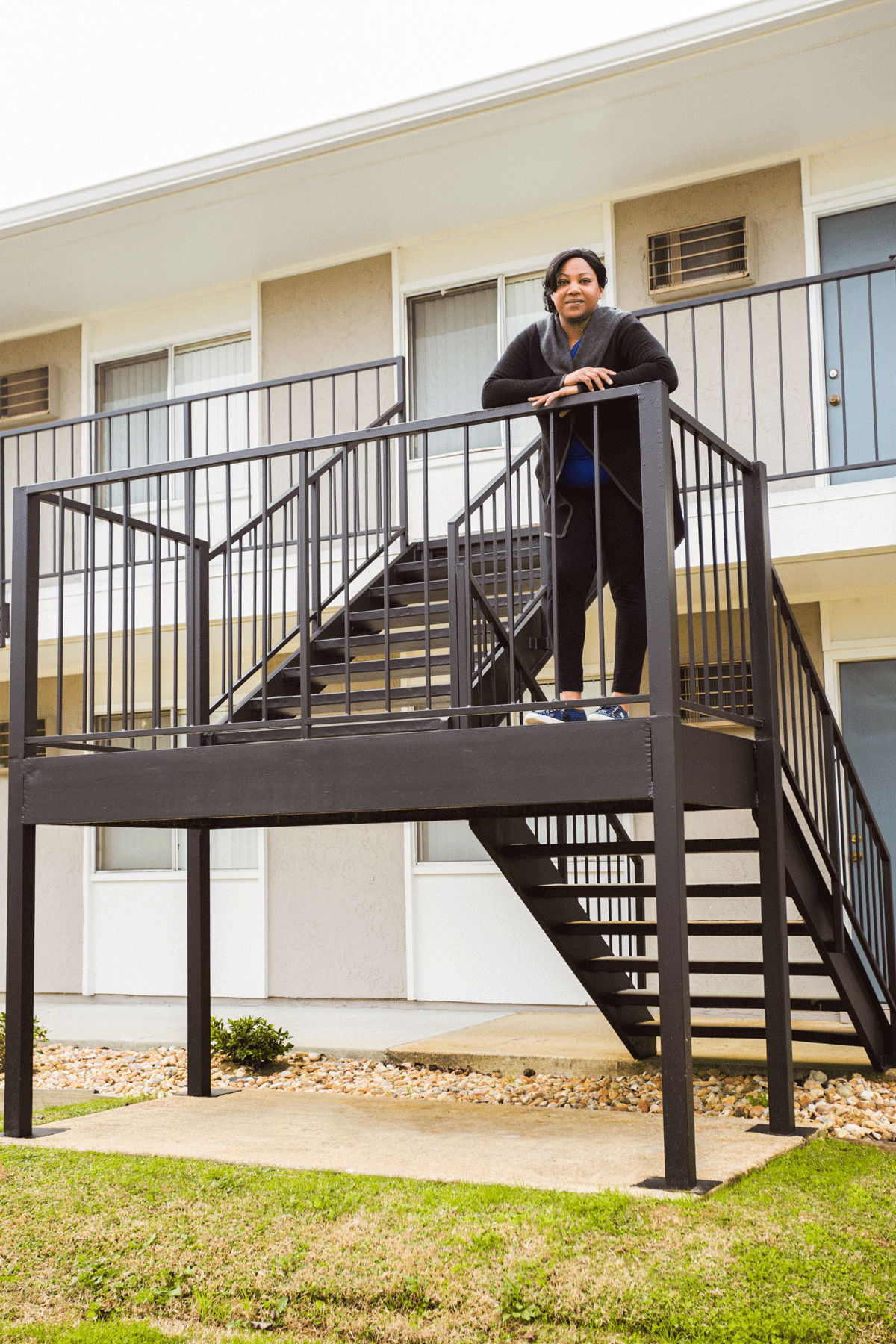 “[W]hen I apply [at some businesses] I already know my background is going to be the issue. I don't want to work a labor job, you know, for the rest of my life. I want something that pays more – better pay, better benefits – things like that, but my background is what stops me from getting so many good jobs.”

Janine would like to work with children one day, particularly underprivileged youth. She’s working toward an online degree in social sciences through Ashford University, but is currently taking a break. It’s difficult to keep up with school along with work and managing her bills. On top of rent and other expenses, she owes around $30,000 in court costs and pays $40 a month as a stipulation of her parole. Many formerly incarcerated people leave Alabama prisons burdened by debt, but Janine is optimistic about paying it off.

As she looks to the future, she acknowledges there are aspects of life she feels prison took from her, but she’s determined to move forward.

“I spent all that time missing out on so much ... even to the point where I felt like I was robbed of even having children. I think I would have eventually went on to college, and by this time I would have been more established, probably have a family by now. I would have had a different life than this one. But now I feel that I'm just starting. And it's hard, but I’m making it.”