Women’s History Month, celebrated in March, was established by Congress to recognize and celebrate the contributions of women over the course of American history.

Typically during this month, the Civil Rights Memorial Center (CRMC), where I am the director, produces a website feature and social media postings dedicated to honoring women who have shaped the civil rights movement. 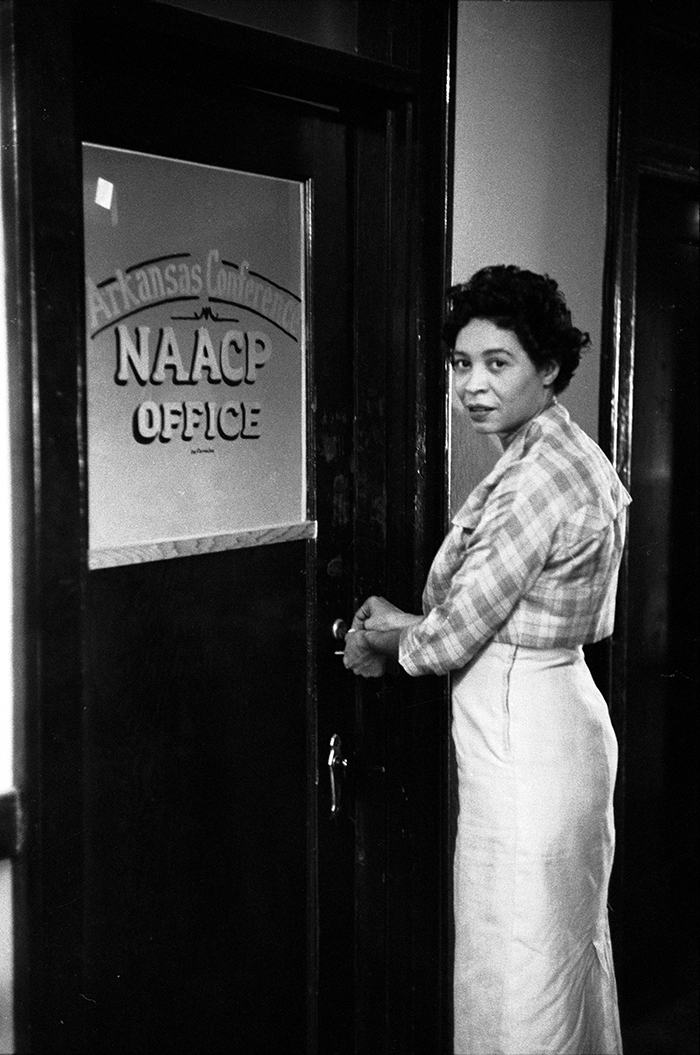 We do this because we firmly believe that women’s stories – which are often overlooked – must continue to be shared. Their contributions aren’t widely discussed in the historical context of the movement.

That’s why I am launching this year’s monthlong celebration of women by sharing the stories of some of those who are currently impacting social justice activism.

The CRMC is an interpretive center operated by the Southern Poverty Law Center that includes interactive exhibits about civil rights martyrs. Like many other museums, we’ve had to pivot away from in-person visits to virtual educational tours because of the COVID-19 pandemic. But even though these tours are not in person, much remains the same about how we engage audiences about the history of the movement.

We continue to ask people online to reflect on key events and figures of the 1950s and ’60s. Almost immediately, we get responses about towering male figures such as Dr. Martin Luther King Jr., the Rev. Fred Shuttlesworth, John Lewis and Fred Gray. 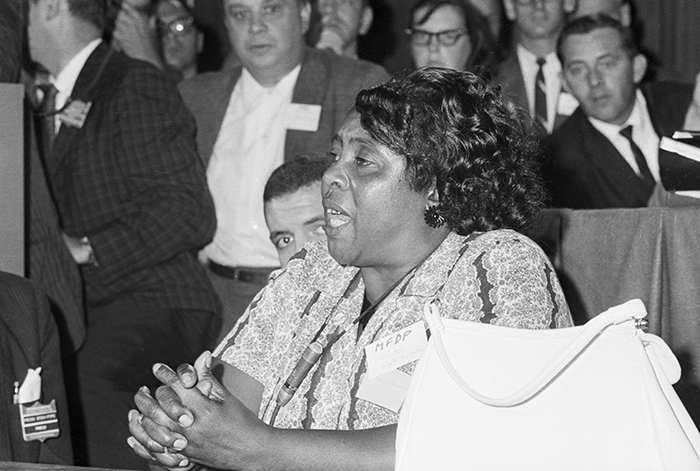 Fannie Lou Hamer, the Mississippi Freedom Democratic Party delegate, speaks out at a delegate credential meeting on Aug. 22, 1964, in Atlantic City, New Jersey, before the formal meeting of the Democratic National Convention. (Photo by Bettman via Getty Images)

When you probe a little deeper and ask about the involvement of women in the movement, a few people mention Coretta Scott King or Rosa Parks. But very few can name other significant figures, like Fannie Lou Hamer, Ella Baker, Septima Clark, Jo Ann Robinson, the Rev. Dr. Pauli Murray or Daisy Bates.

Today, Black women continue to make strides in the movement. With the influence of social media platforms, they are creating space to tell their stories. They’re women like Bree Newsome, the activist from Charlotte, North Carolina, who removed the Confederate flag from the South Carolina state house grounds in the aftermath of the shooting at a historically Black church in Charleston. Her actions resulted in the flag’s permanent removal.

Before that, Newsome protested voter ID laws in North Carolina that disproportionately disenfranchise Black and Brown voters. Today, she continues to use her platform to speak on issues of racial justice. In 2017, she became an activist for fair housing rights, including ensuring the enforcement of the last piece of civil rights legislation passed after King’s assassination, the Fair Housing Act of 1968.

When you talk about today’s movements, you must mention the three founders of the Black Lives Matter movement: Alicia Garza, Patrisse Khan-Cullors and Opal Tometi. 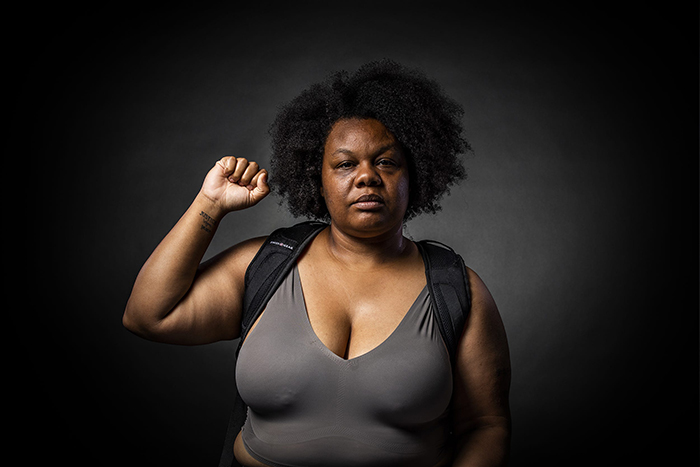 Today, women’s voices and perspectives are critical to a broader struggle for civil and human rights. They are seen and heard in women like Chanelle Helm, a Black Lives Matter activist who is leading the way for racial justice in Louisville, Kentucky; Taylor Turnage, a Tougaloo College student and local organizer who was instrumental in having the Mississippi state flag bearing a Confederate emblem removed; and Ash-Lee Henderson, co-executive director of the Highlander Research and Education Center in Tennessee.

Henderson is a long-time activist who works on issues of racial justice and environmental racism, and she is involved in the Southern Workers Assembly, organizing and transforming labor power throughout the South.

And then there are women like Jotaka Eaddy, founder of Win With Black Women, a collective of intergenerational, intersectional Black women leaders across the nation. She’s been called the Harriet Tubman of Silicon Valley and is an extraordinary woman who was born and raised in South Carolina. She’s committed to social impact and social justice, and continues to use her platform to shape policy and build movements. Eaddy is the epitome of lifting up others as she climbs the social and economic ladders.

I often reflect on the women who made my success possible, for all the ways in which their lives have inspired and influenced my path in the fight for social justice.

I continue to draw strength, wisdom and knowledge from women of both historic and contemporary times. Words don’t even begin to describe the courage, bravery and conviction I feel when I see the rise of so many women who are leading movements, organizing communities and defending social justice across races and generations. It’s powerful.

The women’s movement has experienced gains and losses, but overall it has led to a society that is moving toward acceptance and inclusivity, and that is comfortable with successful women leading and doing this work alongside others.

As we celebrate women throughout this month, let us honor those who paved the way, even as we support and celebrate the living legends among us. Together, women are creating a level playing field that will benefit all of us.

Image at top: Black Lives Matter founders Patrisse Cullors, Alicia Garza and Opal Tometi (pictured from left to right) pose in the green room at Glamour Women Of The Year 2016 at NeueHouse Hollywood on Nov. 14, 2016, in Los Angeles. (Photo by Jeff Vespa/Getty Images for Glamour)