The predominantly white neighborhood where I live is lined with tall, moss-covered trees that began their climb toward the sky before the Montgomery Bus Boycott energized the civil rights movement, before it was legal for Black people like me to live there.

I spent a year in this tranquil neighborhood until my sense of security was shouted down by a voice that accosted me from a short distance. Four days before the killing of George Floyd, when I pulled up to my home, a white man I had never seen before blurted out as I exited my vehicle, “Do you live here?”

I responded: “The more pertinent question is do you live here?”

Then I turned and went on about my day. He turned a shade of red that I can only assume showed his feeling of authority evacuating his body like an unexpected cough.

It took a few days for my inner turmoil over this incident to subside. I carried with me a bittersweet ending to that brief encounter, which could have ended the way it did for Ahmaud Arbery, Trayvon Martin or Rekia Boyd – Black people who were killed in chance encounters with either police or self-appointed “law enforcers” while exercising their right to be, to move and to occupy space. 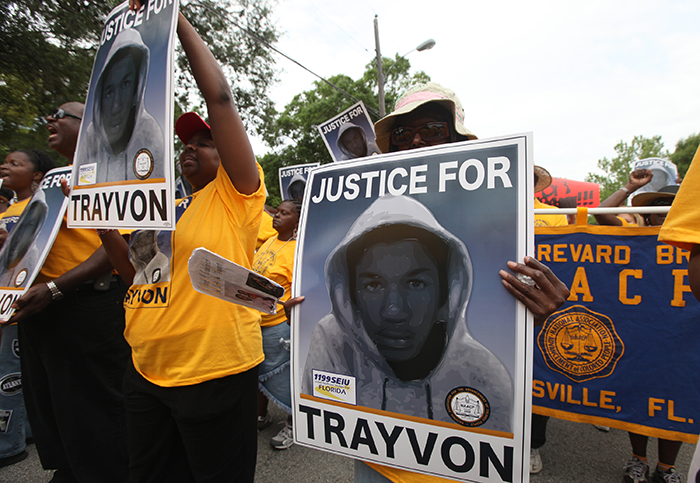 The ongoing crisis of racism in America is the reason why the Civil Rights Memorial Center (CRMC), where I am the operations coordinator, recently published Movement and Space: CRMC Community Guide. The guide is a public education resource about the current and historic constraints on Black people’s right to move freely and occupy space. It is designed to galvanize community groups, museum educators, high school students and individuals committed to the journey of antiracism.

The guide is replete with tools that empower community members who are interested in facilitating tough conversations about race, and understanding the connection between Jim Crow-era oppression and recent extrajudicial killings of Black people. It is also designed to help people fighting against racism to discover where they are in their own personal antiracist journey. 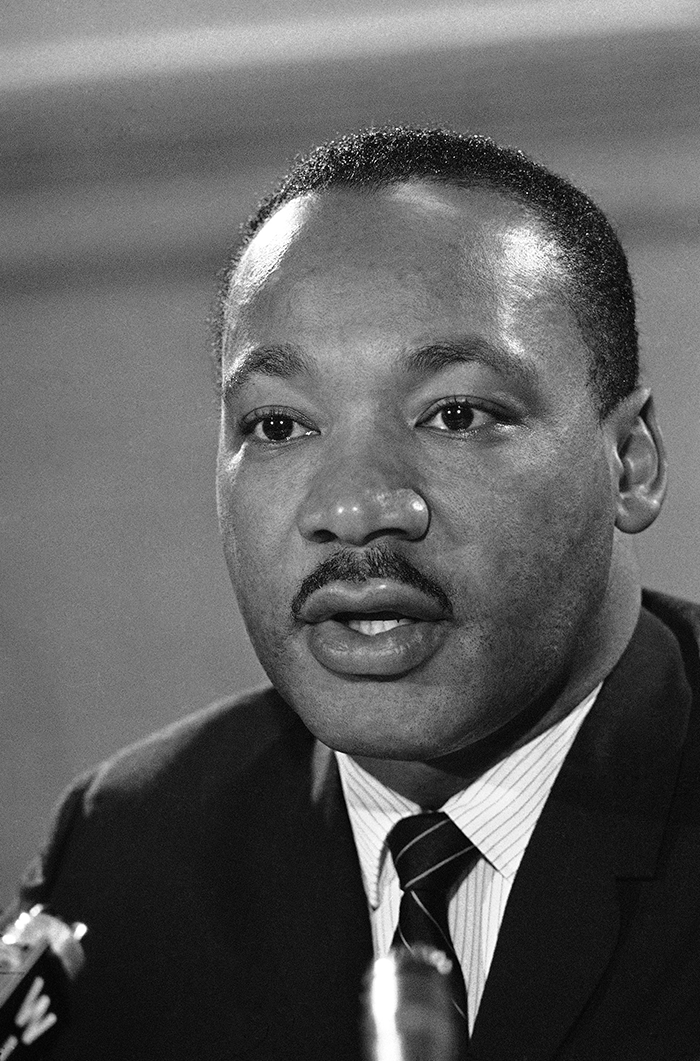 The CRMC is an interpretive center operated by the Southern Poverty Law Center that includes interactive exhibits about civil rights martyrs, including Dr. Martin Luther King Jr., who was assassinated 53 years ago this Sunday, April 4. At the CRMC, my colleagues and I give tours and facilitate difficult conversations about race, racism, social justice and, of course, the civil rights movement.

Visitors of all ages come to the CRMC with pressing concerns and difficult questions about why injustices have happened and continue to happen in our country. Many feel overwhelmed when they start to discover the depth of our nation’s imperfection, especially in the context of racial justice.

Some are gripped tightly by the feeling of having witnessed or lived through racial injustice; I am gripped by the same feeling when something I say during a tour or discussion resonates with an experience I would rather forget.

The truth of being Black and living in America is that I am not alone in having experienced this four-word assault, “Do you live here?” Henry Louis “Skip” Gates Jr., an esteemed professor at Harvard, was arrested for expressing outrage over having to identify himself as the owner of his own home; Amanda Gorman, acclaimed National Youth Poet Laureate and Harvard graduate, was accosted by a security guard and asked to demonstrate that she lived in the building she was approaching; Anita Williams-Wright, a Black mother traveling for business purposes, was forced to prove she had rented a room at a hotel because her children were swimming in a pool, while white people swam in the same pool without being questioned. 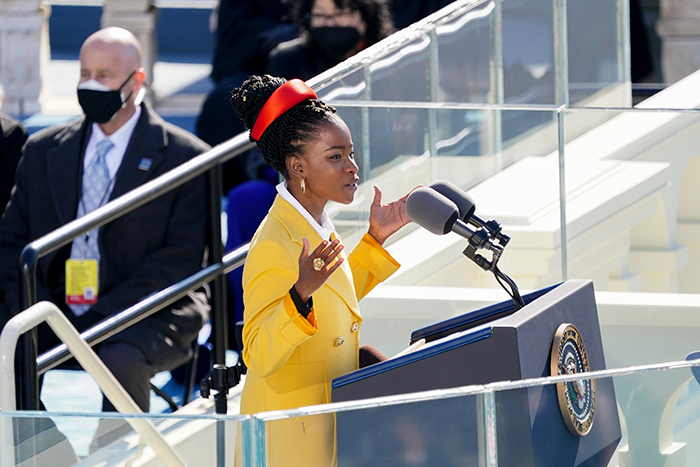 Amanda Gorman, the nation's first-ever youth poet laureate, read one of her poems during the inauguration of President Joe Biden on Jan. 20, 2021. Photo by AP Images/Kevin Dietsch

All of these events happened in the 21st century, though they hark back to the era of Jim Crow restrictions on the movement of Black people.

“Do you live here?” is a question – a simple one at that. Depending on the inquirer’s identity and the identity of the person subject to the inquisition, it can be a genuine expression of interest or a four-syllable indictment. As a Black, gay man living in the South, I receive that question in a way that has the potential to shatter the surface tension of my placid existence by dragging me deep into the murky waters of the American psyche, which is replete with notions of Black criminality, inferiority and unworthiness – in a word, anti-Blackness. 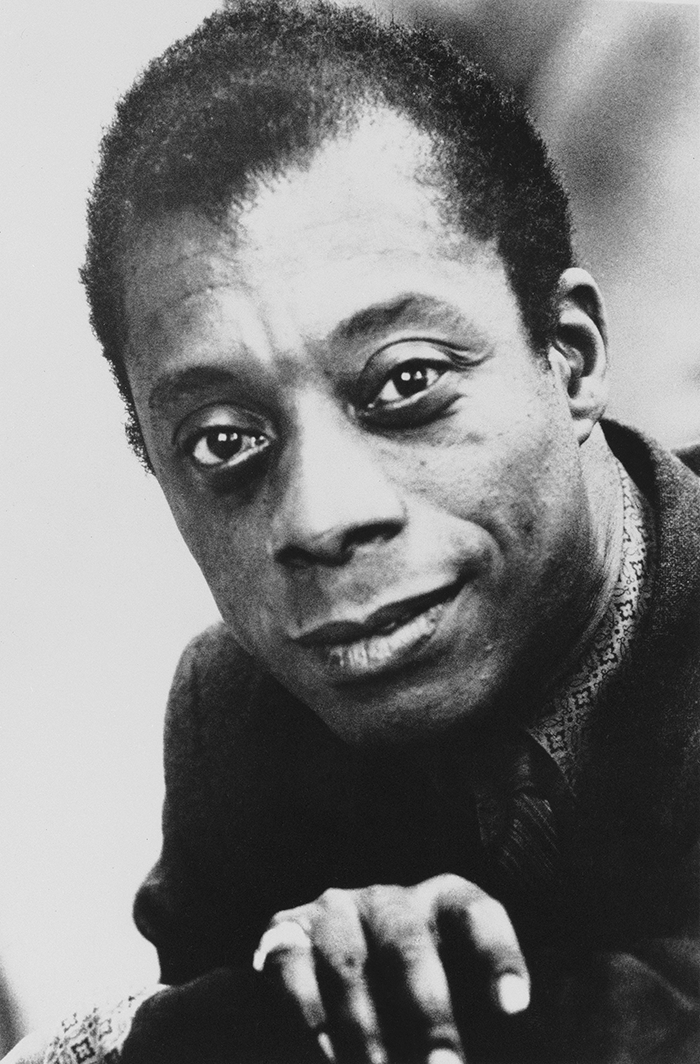 James Baldwin once wrote that “people are trapped in history and history is trapped in them.” As it is taught, history gives us a sense of who we are; it gives us a sense of purpose and perspective. The right to move freely and occupy space with complete bodily autonomy has historically been denied to people of color, especially Black people.

Today, although the civil rights movement’s hard-fought advancements have granted Black people the legal authority and the freedom to move about as we wish, a brief moment of injustice can snatch our joy, our inner peace, our bodily autonomy, our last breath.

Although anti-Blackness is not unique to America, it is a part of the endemic reality of being Black in America – regardless of sex, gender, citizenship status, complexion, sexual orientation, gender expression, age, class, level of ability or formal education.

It is our duty as Americans to ground our understanding of our nation’s history in the truth. The truth of our history undermines the tenets of American exceptionalism. By telling ourselves the truth, we are forced to grapple with our imperfections. The twin pandemics of COVID-19 and racism have made it nearly impossible to turn away from our collective truth as racial events and circumstances have repeatedly played out on our TVs, our computer screens and our social media accounts. The American gaze – when fixed upon Black bodies – presents us with the unjust reality of our Orwellian existence: All people are equal, but some people are treated like they are more equal than others.

‘Where Do We Go from Here?’

On April 4, 1967, exactly one year before his assassination, King made the following statement about the Southern Christian Leadership Conference’s intention to “save the soul of America”: “[We] affirmed the conviction that America would never be free or saved from itself until the descendants of its slaves were loosed completely from the shackles they still wear.”

As we approach the anniversary of King’s assassination, let us remember the paradoxes he represented: He was both an ombudsman for racial and economic justice and an enemy of the state; he was both surveilled by the FBI and perceived globally as a harbinger of a better, more equitable America; he was viewed both as an object of scorn and an embodiment of every good thing America aspires to be. In America, people – regardless of race – should be able to move and take up space free of containment, restriction or reprisal.

The question still remains that King asked in his final book, Where Do We Go from Here: Chaos or Community? I would argue that we should educate ourselves about Black people’s historical and current relationship to movement and space.

The CRMC’s community guide is a resource for those of us who are committed to shifting the master narratives of racial justice in a way that centers the perspectives and lived experiences of Black and Brown people. We believe this kind of change happens one person, one group, one community at a time.

Becoming a better, more inclusive America means understanding our nation’s history and moving forward from it.

Photo Illustration at top by the SPLC