It was 1991, the height of the vibrant alternative music scene in the Pacific Northwest, and a young Black punk rocker by the name of Eric K. Ward was worried.

He had reason to be. Police had warned that a group of neo-Nazi skinheads was threatening violence at a Eugene, Oregon, concert of Fugazi, a popular punk band known for pushing back against the growing terror being unleashed by white supremacist groups in the region.

But instead of providing a security presence at the concert hall – as the musicians had requested – the Eugene Police Department pressured the music club management to cancel the concert.

The incident, Ward recalled, crystallized his understanding of just how far this country has fallen short of the ideal of liberty and justice for all.

“Up until that time, I mostly saw Eugene as a pretty liberal kind of haven,” Ward said. “But this was a wake-up call that neo-Nazis didn’t even have to show up, like they had done at clubs and shows in Los Angeles. To shut our scene down they merely had to make the threat, and the community found itself immobilized.” 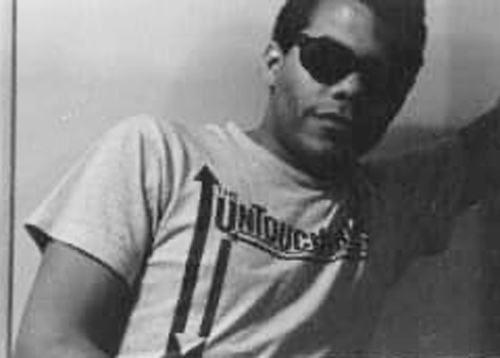 At that moment, the dreadlocked ska-punk singer – who today has become a prominent leader against hatred and extremism – began to seek a better way. Bringing together a rainbow of vulnerable communities living under the threat of organized bigotry, he began gradually, step by step, to launch more sophisticated efforts at change.

Ward walked into meetings of some of the earliest gatherings of America’s emerging “alt-right” to try to reason with them. He traveled by bus across thousands of miles to help establish hundreds of anti-hate task forces in small towns and big cities. He worked with law enforcement on strategies to handle extremists.

And as he began to learn about like-minded community-based efforts around the country focused on human rights, he eagerly reached out to several organizations, including the Southern Poverty Law Center, adopting their playbooks for countering organized hate.

Today, Ward’s dreadlocks are gone, but his activism still resonates. A senior fellow with the SPLC’s Intelligence Project since April 2020, Ward this month will receive the Civil Courage Prize, a human rights award that recognizes steadfast resistance to evil at great personal risk.

“I don’t take bullying very well, and I always take the side of those who I think are being bullied,” Ward said. “And so I think what happened for me is, first, folks are messing with the music that I love. Then, what others helped me figure out was, this wasn’t just a set of individual behaviors, this was an ideology. And it was a political strategy to derail the aspiration for a multiracial and multicultural society, one that was steeped in actually trying to overcome challenges, not using those challenges as an excuse to descend into chaos and bigotry. That’s really what galvanized me.”

‘More than just an award’

The award, from the New York-based Train Foundation, was created 21 years ago to honor the memory of Soviet human rights leader, novelist and political prisoner Aleksandr Solzhenitsyn. The prize has been awarded to dissidents and activists in some of the most dangerous countries in the world.

But this year, in what the foundation calls a wake-up call to the dangerous proliferation of hate crimes and political violence by authoritarian and extremist movements in the United States, Ward became the first American to receive the prize.

“It’s more than just an award, it’s a call to action,” said Susan Corke, who as director of the SPLC’s Intelligence Project leads a team of investigators, analysts and writers who track and expose the activities of hate groups and other far-right extremists.

Herself a leader in the movement against extremist groups with a long pedigree contending with bigotry on an international scale, Corke said that Ward excels in understanding the connections between racism, extremism and authoritarianism, and just how vulnerable the United States is to all three.

“In the past it was often viewed as America’s role to preach to other people, with this idea that we had our democracy under control,” Corke said. “But Eric has known for decades that is not true. The battle is certainly at home. He has made that clear, and he has the battle scars to prove it.”

Kenneth S. Stern, director of the Bard Center for the Study of Hate at Bard College in New York, was one of the first people to take Ward’s activism seriously, back when Ward was a young musician. Stern has been a key mentor to Ward over the years. He calls Ward “a force multiplier” who has, since the 1980s, been able to “consistently reinvent himself and play multiple roles in pushing back against hatred.”

Today, Ward carries a large toolkit. He is involved in multiple organized efforts to combat hate and extremism, including leading a small staff of talented, effective professionals as executive director of the influential Western States Center, which strengthens marginalized communities. Not only is he known for successfully convening disparate groups to talk, he writes what Corke calls “shape-shifting” essays and speaks around the country.

He has also stood out from some antiracism activists, who see the Black struggle as unique, by insisting that antisemitism is at the heart of white nationalism. He is a senior fellow with Race Forward, a racial justice organization, and co-chair of the Proteus Fund, which promotes democracy, human rights and peace. 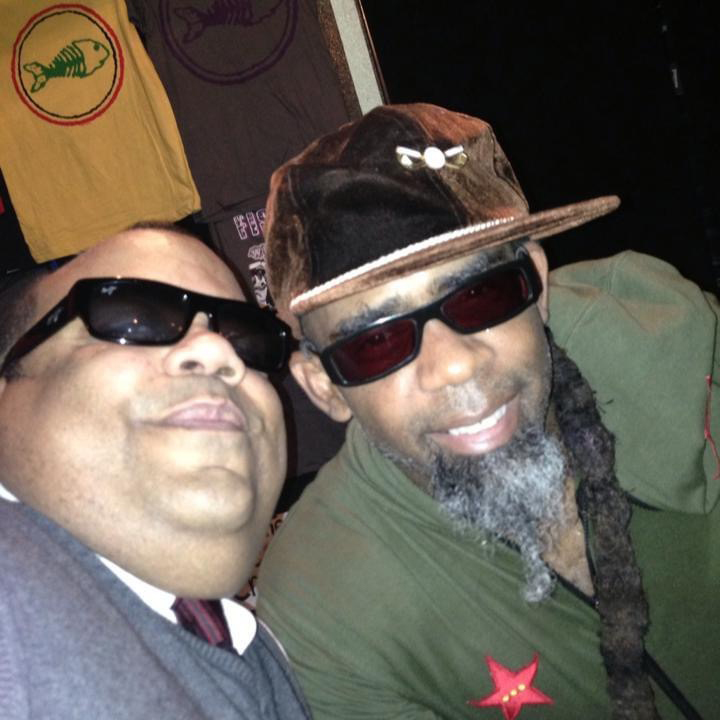 And even though his punk rock days of stage diving and mosh pits are over, Ward has never turned his back on the punk ethos that raised him. He still performs, writing songs under the alias Bulldog Shadow that he uses to unravel the myths driving political and social divisions in America.

The immediacy of Ward’s work is at play in Portland, Oregon, right now, after a year of protests that have put the city under siege, mainly from elements of the far right, but also from some on the far left. Wading into the midst of conflicts that at times have shut down parts of the city, Ward has met with police and leaders of the various groups in what Corke calls “safe conversational spaces.”

“He sat down with some members of the police, and they said, ‘It takes a lot of courage for you to sit down with us,’” Corke recalled. “(Ward) said, with a smile, ‘Well, it took courage for you to meet with me. … We don’t need to be enemies, we can still have a conversation.’ That’s a bravery that carries through all of his work.”

Ward was also unafraid to move Western States Center into the fray surrounding Matt Shea, a far-right politician who, despite deep roots in extremist movements, rose to become a powerful member of the Washington State Legislature. After the Western States Center and other groups brought Shea’s views advocating domestic terrorism to the attention of the state’s Republican Party, Shea was removed from the state Republican caucus. He stepped down in January, opting not to run for reelection.

“We were proud to see the Republican Party take serious leadership on Shea. They stripped him of his resources and committees. They isolated his bigoted activity to such a degree that he decided not to run for his office again,” Ward said. “And that’s what it means to hold civil government accountable in this moment. It shows that there are things we can do despite the horror, despite the fear, despite the dread, to choose to make a difference.”

‘The path for equality’

Ward learned early in life about the power of hate, and the power of organizing. The son of a struggling single mother in Long Beach, California, in the 1970s, he was bused across town to predominantly white middle and high schools.

Subjected to a constant barrage of racist rhetoric from white schoolmates and coming of age in the Los Angeles area at a time when gangs ruled the streets and the music halls, Ward said he didn’t think he would live to see his 30s.

Growing up under threat, Ward says, gave him resilience and the strength to recognize the worth of persistence, even in the times we are living in today.