One by one, the impassioned residents of Tuscaloosa, Alabama, stood to challenge the majority-white city council.

The residents who spoke represented a multiracial coalition and supported an increase in representation on the city council elected by Black voters for this city with a growing population of color.

The topic of discussion on Feb. 22 was the impending vote on Tuscaloosa’s new city council map. The council had refused to consider a map proposed by residents that would distribute the Black voting population among four districts, instead of restricting it to the current three.

The residents’ map would have given the city’s growing Black population an opportunity to elect a candidate of choice on a fourth seat on the seven-member council.

But the map under consideration — the one proposed by the council — would not meaningfully change Black political representation, even though the Black population has grown over the last 10 years. The city’s Black residents had endorsed a fairer map, and a strong coalition of advocacy groups including the local NAACP and Southern Christian Leadership Conference (SCLC) had worked hard for it. In the end, many frustrated residents saw the council’s vote as a done deal and believed there was no point in speaking at the meeting.

“This map doesn’t reflect the diversity of Tuscaloosa,” the first speaker, Maggie Yancey, said of the city council map. “There is no data, no evidence or support for this map.”

At the end of the night, after months of debate and discussion, the Tuscaloosa City Council voted 5-2 to approve its own map that preserves the majority-white city council. As reported to Congress last year, redistricting has long been used as a tool of diluting the political power of Black communities of color, including in Alabama.

On the 57th anniversary of Bloody Sunday in Selma, Alabama, where state troopers savagely beat demonstrators who were marching across the Edmund Pettus Bridge in support of equal voting rights, the fight for voting rights across the Deep South continues.

In Tuscaloosa and other jurisdictions previously required to submit their maps for federal preclearance under Section 5 of the Voting Rights Act of 1965 — legislation that was inspired by Bloody Sunday but was rendered ineffective by the Supreme Court in 2013 — the battle has taken the shape of advocacy against district maps that preserve the power of white elected officials who — in many cases — are no longer in the majority of the population.

“The map that was passed is troubling,” said Caren Short, interim deputy legal director for the Southern Poverty Law Center’s Voting Rights Practice Group. “We know that everyone benefits when local representatives listen to the input of the community they represent. It’s unfortunate that that didn’t happen here.

“The redistricting process has been used historically to protect the white power structure and prevent Black voters and other communities of color from gaining any political or social power,” Short said. “Without the protections of Section 5 of the Voting Rights Act, it is critical that local lawmakers pay attention to the law and pass maps that do not dilute the power of voters of color.” 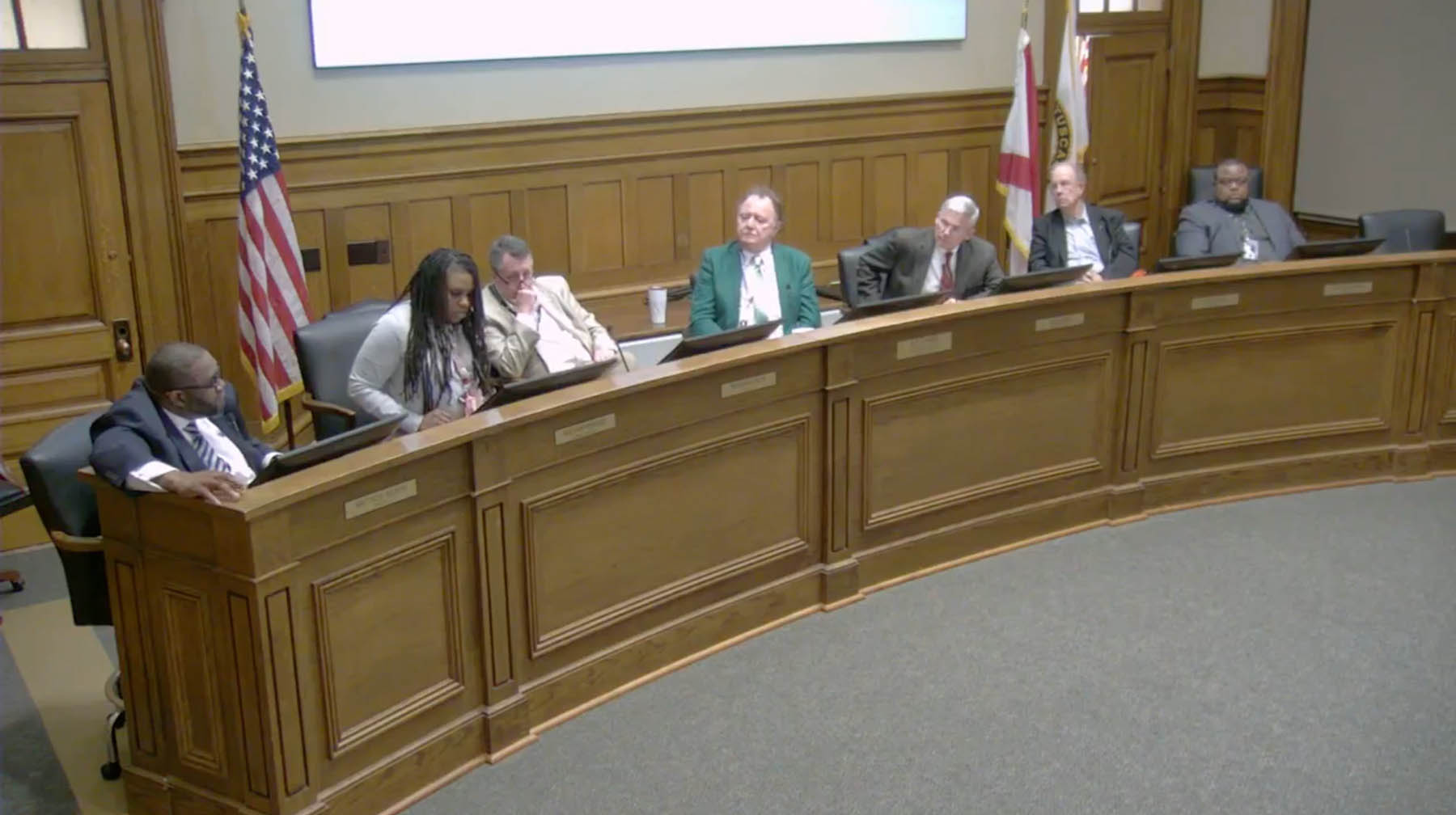 In Tuscaloosa, Alabama, members of the city council recently voted on a new district map that doesn't reflect the city's population shift. (Credit: City of Tuscaloosa)

Tuscaloosa, a city of 99,600 residents, grew about 10% since the 2010 census. An all-out effort by Tuscaloosa’s grassroots voting groups to educate residents about the redistricting process and why it matters began in earnest after the results of the 2020 census were announced in September 2021. While the state of Alabama lost some of its non-Hispanic white population between 2010 and 2020 – from 3.2 million to about 3.17 million, according to the U.S. Census Bureau – the rate in Tuscaloosa slid further, with the white non-Hispanic population decreasing from 52.1% to just under 48%.

During the same decade, the city’s Black population grew by about 4,000, but its share of the overall population remained steady at just over 42%. At the same time, the Latinx population grew the fastest of any demographic, from 3% in 2010 to nearly 5.5%, reflecting a statewide trend in Alabama’s growing diversity.

As required by law, the city began its process to draw new council districts to reflect the changing demographics.

Cities and states redraw legislative district lines every 10 years following completion of the decennial census, which tracks population shifts. The federal government requires these districts to have nearly equal populations and not to discriminate on the basis of race or ethnicity.

But some politicians have used redistricting to advance nefarious objectives, including racial and partisan gerrymandering.

In Tuscaloosa, the city council opted not to create a new map that would reflect the population shift.

“Unfair maps, on the state and local level, have a direct impact on core community issues we should all care about across the political aisle and racial lines,” said Anneshia Hardy, executive director for Alabama Values Progress, a democratic advocacy group that provides content and messaging support for civic organizations. The group campaigned in favor of the Tuscaloosa residents’ map.

Last winter, when Tuscaloosa residents proposed a new district map that, among other changes, would unpack District 7’s Black voters and assign some of them to District 6 to increase their voting power across the city, it was no surprise to activists that the council rejected it.

But Lisa Young, president of the Tuscaloosa chapter of the NAACP, did not expect white residents to come out so strongly in favor of the proposal to unpack District 7.

“I was very surprised by the level of response we received, not just from those people directly impacted but the number of whites who lent their voice to this effort,” Young said. “I’ve always seen active white support for say, Big Brothers Big Sisters and domestic abuse [prevention], but that’s been more whites volunteering for a few hours. This is something new. This had to be a concerted effort and it just grew.”

The five city council members who supported the city’s map – including the longtime mayor – repeatedly argued that the residents’ map would result in less Black representation rather than more because, they said, a district needs to have at least 65% Black voting age population to elect a council member of the community’s choice. They claimed that the number of council seats adequately representing the Black community would decrease to two rather than increase to four, as many residents hoped.

Political scientists and legal voting rights experts, however, have said that districts comprising more than 70% Black voters are considered “packed,” compressing them into a district that dilutes their ability to elect candidates of choice in the jurisdiction as a whole. “Cracking,” on the other hand, dilutes the power of Black voters by spreading them into other districts where they are unable to vote effectively as a bloc.

“Drawing district lines that give Black voters, or other voters of color, an equal opportunity to elect a candidate of choice is what is required,” Short said.

The city’s proposed map packs about 75% Black voters into District 7 and limits the Black voting-age population in District 6 to 39%. Districts 1 and 2 are also majority-Black districts.

In the months leading up to the council’s vote, angry citizens accused the majority of city council members of engineering a concerted effort to “confuse voters,” even an outright “lie” intended to misinform.

As the final vote was minutes away, alarmed residents spoke out strongly against council members who supported the city map.

“This has been one big spectacle from the beginning. … All we have had is misinformation,” resident Jessy Ohl said.

Emily Altman, a co-founder of the grassroots group Tuscaloosa Action, said her group was among those that examined the city’s existing voting district lines and demographic changes since the 2010 census. 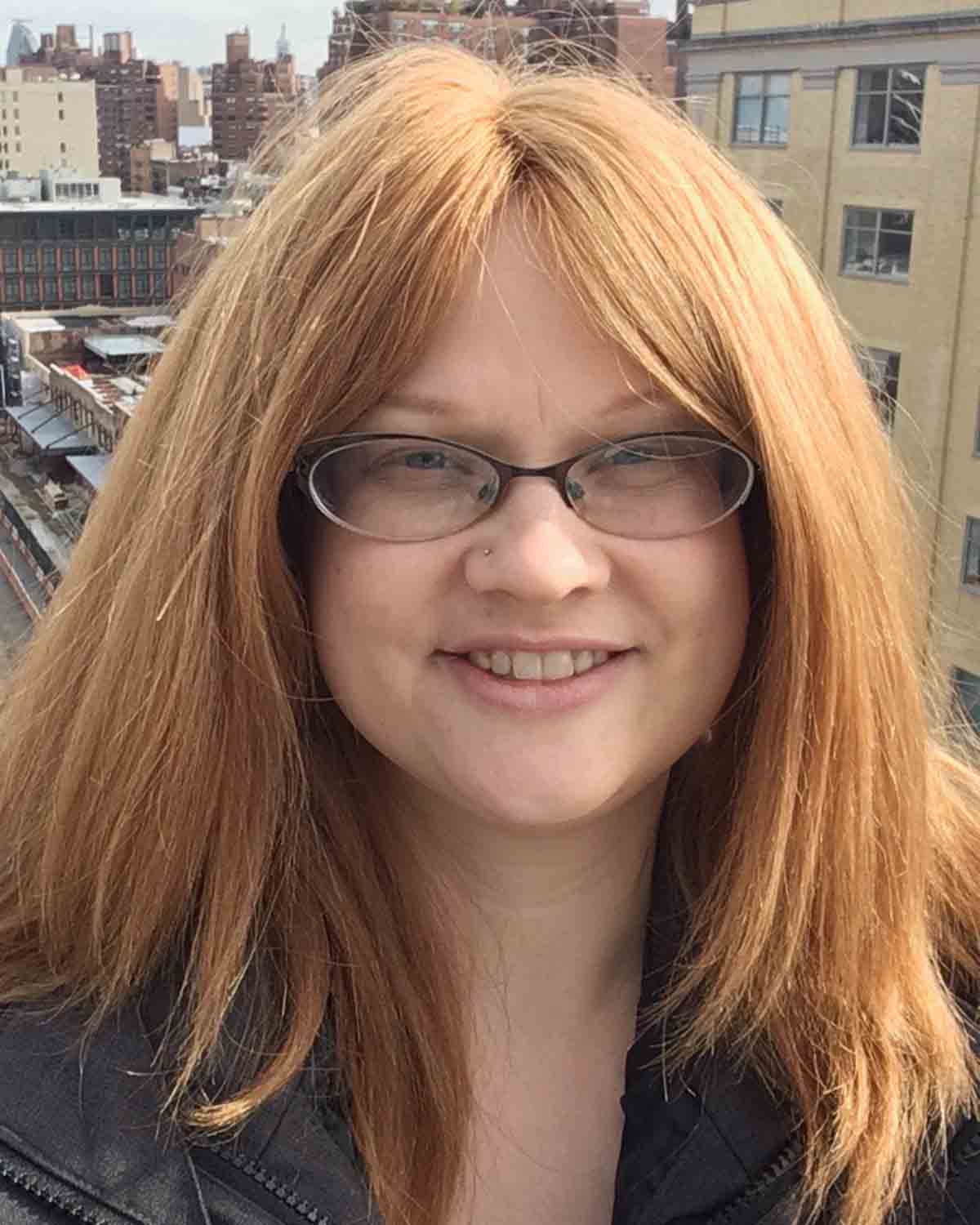 Amber Buck, a self-described New York transplant, said she had come to love Tuscaloosa but was upset by its lack of fair representation for communities of color.

Buck continued: “What does this have to do with redistricting? A more equal Tuscaloosa starts with a fair map where all citizens, and yes, especially Black citizens, get fair and equal representation in our city. Please vote ‘no’ on this current [city] map and draw a fairer one.”

Mike Altman, co-founder of Tuscaloosa Action along with his wife, Emily, was among the residents to speak. He and his wife had been among the fiercest critics of the council’s stance and attended several council meetings over the course of several months, armed with maps and data sheets intended to educate council members.

“I just want to say that I can’t help but imagine a very different way that this whole redistricting process could have unfolded,” he said. “This should have been obvious and easy. This should have been a moment where you all stood up and led this city into the future, a future without a white majority and without white majority power. This is an opportunity to make history, but some of you are too scared to do it.”

Altman, reading from prepared remarks, continued: “Too scared of losing your seat. Too scared of going against the system already in place. Too scared it will cost you something. Too scared to let go of a white majority. If you are going to pass this map, don’t do it by scaring Black voters with false statements about going back to two Black councilors. If you are going to pass this map, admit that it is because you are scared of having four Black councilors. At least that is the truth.”

As the vote was tallied, Councilor Raevan Howard, representing District 2’s nearly 60% Black voters, said she was saving two seats for Black council members. “I’m voting ‘yes’ to keep us from going back to a 5-2 [racial] ratio,” she said.

Two Black councilors provided the lone support on the governing body for the residents’ map. They pleaded with their colleagues for voters to have more time to learn exactly what the council’s map meant for their political power. 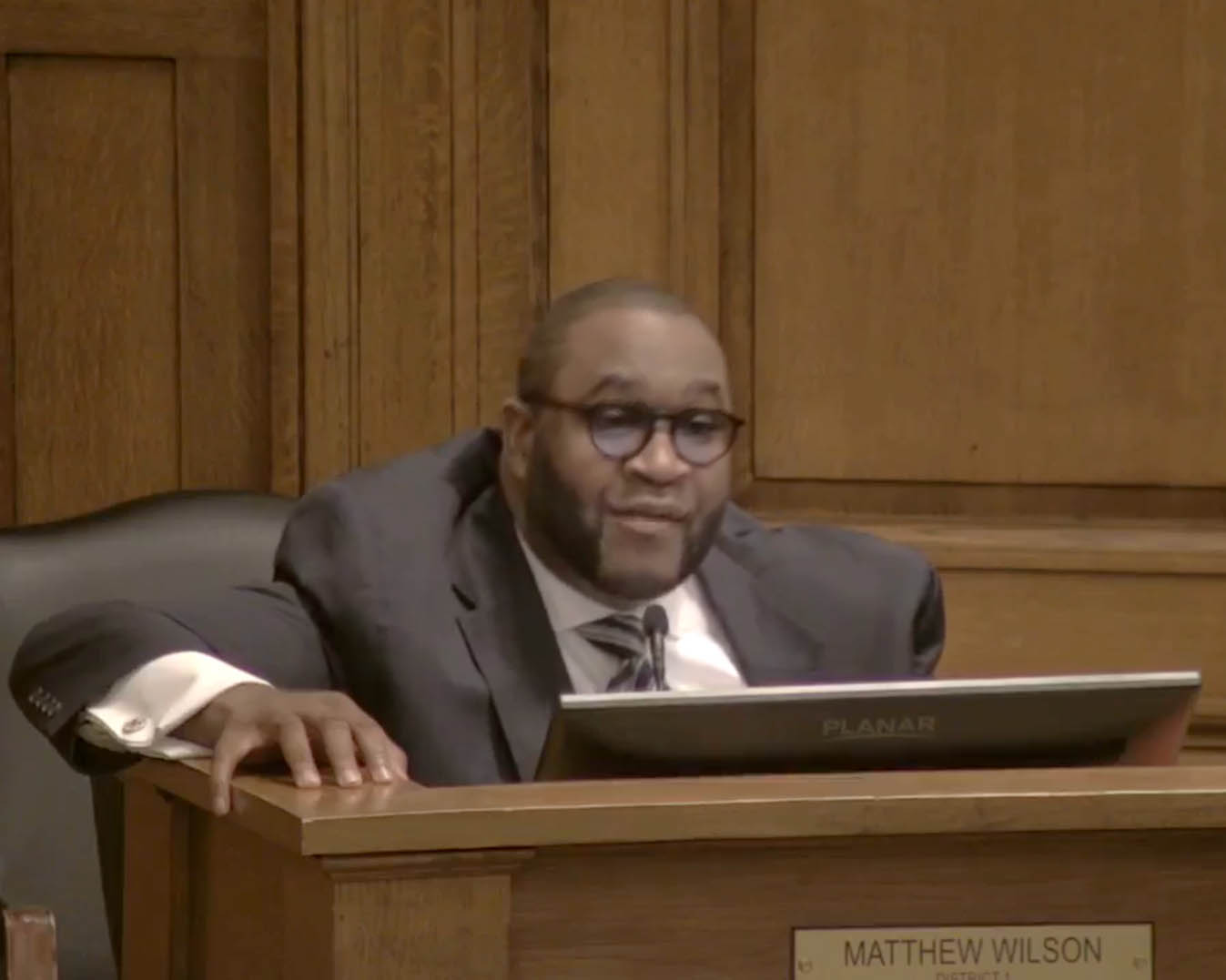 District 1 Councilor Matthew Wilson, a pastor, reminded the audience that the new map would be in effect for the next 10 years and said he “listened to a higher power and then listened to the people who have elected me.

“There is no rush for this map,” Wilson said. “My community wants to be informed. My community wants to be educated. I challenge my constituents and those watching tonight. If African American voters, what you see tonight, go back home. Get your children, get your grandchildren, get your great grandchildren, and bring them to the polls, and vote like our ancestors did. Bring your children to see what it means to vote, and we will be able, as a community, to change Tuscaloosa, and have one Tuscaloosa.”

And with that, the council adopted its own map.

Despite the vote for the less-inclusive district map, Tuscaloosa activists are not giving up.

“Every day, I find a new organization working in the state on voting rights,” said Kendra Love, media strategist with Alabama Values Progress. “It’s going to take time, but we’re going to keep plugging away. I don’t know how you can say you’re fighting the good fight if you don’t take a chance to pass new maps that give fair representation.”