After an unnecessary, prolonged wait in which she was denied access to her phone and computer, a staff member for the Southern Poverty Law Center was forced to leave a remote immigrant prison before visiting with a detained client.

On a separate visit, a guard told the staff member – without explanation – that she would have to return later, thus wasting her time and delaying a necessary conversation for the client’s immigration case.

After the pandemic began and in-person visits became too dangerous, SPLC staffers pivoted to requesting phone and video calls with their clients.

But they experienced the same casual disregard for their clients’ rights to access to counsel as they had when they were conducting mostly in-person visits.

In some cases, the guards didn’t bother to inform the client that he or she had a visit scheduled, even for time-sensitive legal matters. What’s more, immigrant prison officials failed to schedule calls or even respond to SPLC staffers’ requests for contact with their clients.

Such incidents were not uncommon between October 2019 and September 2020 among the network of immigrant prisons across the Deep South. In fact, the SPLC has documented more than two dozen instances of legal visits and calls being canceled, denied or not facilitated during that period.

U.S. Immigration and Customs Enforcement (ICE) – the agency that runs immigration prisons – claims it has no data showing that any visits were denied or not facilitated.

ICE recently submitted a report to Congress about access to counsel and due process in the detention system during fiscal year 2020 (Oct. 1, 2019 to Sept. 30, 2020). The report is riddled with omissions, half-truths and inaccuracies, including the false claim that ICE never denied legal visits with clients during that time.

Today, the SPLC briefed House and Senate staffers on the report, its misrepresentation of facts and the lack of counsel that detained individuals are entitled to under law.

The agency’s report was so deficient that the SPLC — along with allies from the National Immigrant Justice Center, the American Immigration Council and the ACLU of Southern California — sent Congress a rebuttal memo outlining the systemic challenges that plague the immigration detention system.

ICE runs the nation’s largest jail system, where remote, privatized immigration prisons scattered across the country routinely detain tens of thousands of immigrants on any given day for profit.

But the U.S. Department of Homeland Security (DHS) — the umbrella organization under which ICE operates — creates systemic obstacles to representing detained individuals.

The SPLC’s Southeast Immigrant Freedom Initiative (SIFI) provides direct representation to detained immigrants in Georgia, Mississippi and Louisiana. SPLC attorneys and legal staff are acutely aware of the challenges inherent in representing immigrants detained in these rural facilities, many of whom speak a variety of languages, have suffered severe trauma and may not be familiar with using technology. 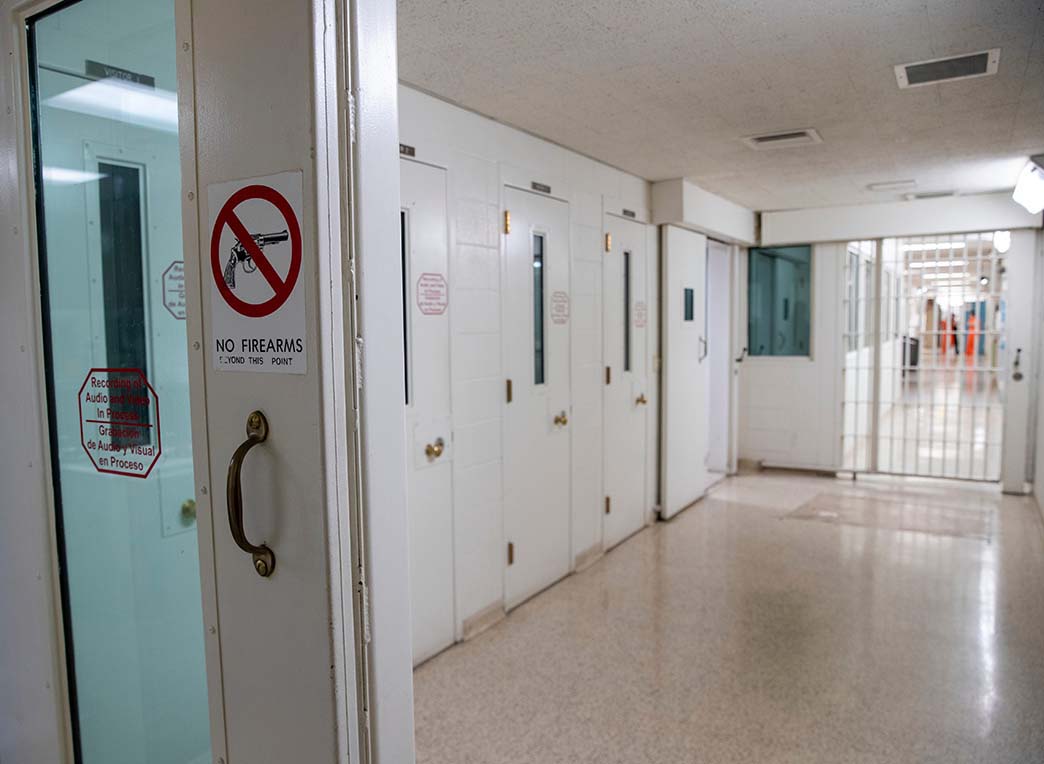 Living in prison-like conditions — where there is a lack of meeting space, poor to nonexistent phone and video communication technology, guards and staff who fail to schedule meetings, and few ways to bring needed interpreters to meetings — has created a backlog of denied access to detained individuals’ constitutional right to legal representation. The obstacles are so dire that the SPLC sued the DHS, asking a court to require the agency to improve the conditions at ICE prisons throughout the Southeast.

Congress funds ICE and provides oversight of the agency and thus needs accurate, up-to-date information on the agency’s operations, including its massive detention system that stretches from coast to coast.

Unfortunately, ICE’s report on access to counsel in detention sheds barely any light on the situation.

First, ICE claims that “noncitizen access to legal representatives remains a paramount requirement throughout the pandemic and has continued unabated.” This claim is either an intentional lie or a falsification that reflects how often the agency turns a blind eye to reality.

Indeed, as the pandemic began to spread in April 2020, the SPLC was forced to seek a temporary restraining order (TRO) to ensure adequate remote access to counsel in four ICE facilities in Louisiana and Georgia. The SPLC then had to file a motion to enforce that TRO, and the court is currently seeking additional information on the state of the government’s compliance.

When granting the TRO in June 2020, the U.S. District Court for the District of Columbia found that the DHS’ provision of remote legal visitation and communication during the pandemic was “inadequate and insufficient.”

The court also found that ICE has imposed restrictions and conditions on remote legal visitation and communication that were “disproportionate to [their] non-punitive governmental objectives” and “more restrictive than standards promulgated for criminal detainees.”

Among other requirements, the TRO requires ICE to ensure access to confidential and free phone and video calls to legal representatives, to develop a system to schedule such calls, to create troubleshooting procedures for technology problems and to institute a system to allow for electronic document transfer.

The fact that the SPLC had to seek court intervention to obtain these minimal standards undermines ICE’s claim that access to counsel “continued unabated” during the pandemic.

The ICE report also notes that the agency “does not track the number of legal visits that were denied or not facilitated and/or the number of facilities that do not meet ICE standards for attorney/client communications.”

But, according to the report, ICE continues to claim that “inspections did not identify any legal representatives being denied access to their clients, as confirmed by the DHS Office for Civil Rights and Civil Liberties and other oversight bodies.”

In contrast to ICE’s blithe and blanket statement, the SPLC and its allies recently informed Congress that ICE had violated its legal obligations. More than two dozen incidents of legal visits – including four in-person visits and 22 phone or video calls – were denied or not facilitated at Stewart, Irwin, LaSalle and Pine Prairie detention centers in fiscal year 2020 alone.

Attorneys attempting in-person meetings that year were often left waiting to visit their clients for so long they eventually had to leave the facilities, placing their clients’ immigration cases in limbo. Attorneys were again told to return another day – a constructive denial, even if not outright.

SPLC attorneys and legal staff also report that phone and video calls were regularly canceled or unilaterally rescheduled by facility staff with no notice, often preventing attorneys from speaking to clients on time-sensitive matters.

Matter of life and death

Access to legal representation remains a matter of life and death for detained individuals. As more than 80 organizations, including the SPLC, wrote to the DHS last October: “Ultimately, the immigration detention system is inherently flawed, unjust and unnecessary. The only way to eliminate the barriers to access to justice for people in detention is to release them.”

Until that happens, Congress needs access to accurate information about immigration detention and access to counsel for the detained individuals under ICE’s “care,” thus helping to control the agency’s budget and operations to ensure that the constitutional rights of people held in detention are upheld.

Given that ICE seems incapable of providing that information itself, the SPLC and its allies will continue informing Congress and the public about the threats posed by the vast, shadowy immigration detention system to the lives of SPLC clients.

Sarah Rich is a senior supervising attorney for the Immigrant Justice Project at the SPLC.