MONTGOMERY, Ala. – Starting Monday, Dec. 5 the Civil Rights Memorial Center (CRMC), a project of the Southern Poverty Law Center (SPLC), will offer visitors free admission in observance of the 67th anniversary of the Montgomery Bus Boycott.

Rosa Parks’ arrest on Dec. 1, 1955, sparked the Montgomery Bus Boycott that led to the desegregation of public transportation in the city. The successful demonstration also played a key role in the passage of the Civil Rights Act of 1964, which integrated public spaces nationwide.

“From the Memorial at our entrance to the redesigned exhibits and galleries, the CRMC uses its space to display pivotal historical events – and tell the ongoing stories – of marginalized groups in America. So many of those stories began right here in the birthplace of the Civil Rights movement, fighting for basic freedoms many of us take for granted,” says Tafeni English, director of the CRMC. “As the struggle for equality continues, we celebrate Rosa Parks, Jo Ann Robinson, Claudette Colvin, Dr. Martin Luther King, and all the women and men of the bus boycott. Their rebellious spirit lives on in those who continue to fight against systemic injustices today.”

WHAT:            FREE Admission to the Civil Rights Memorial Center 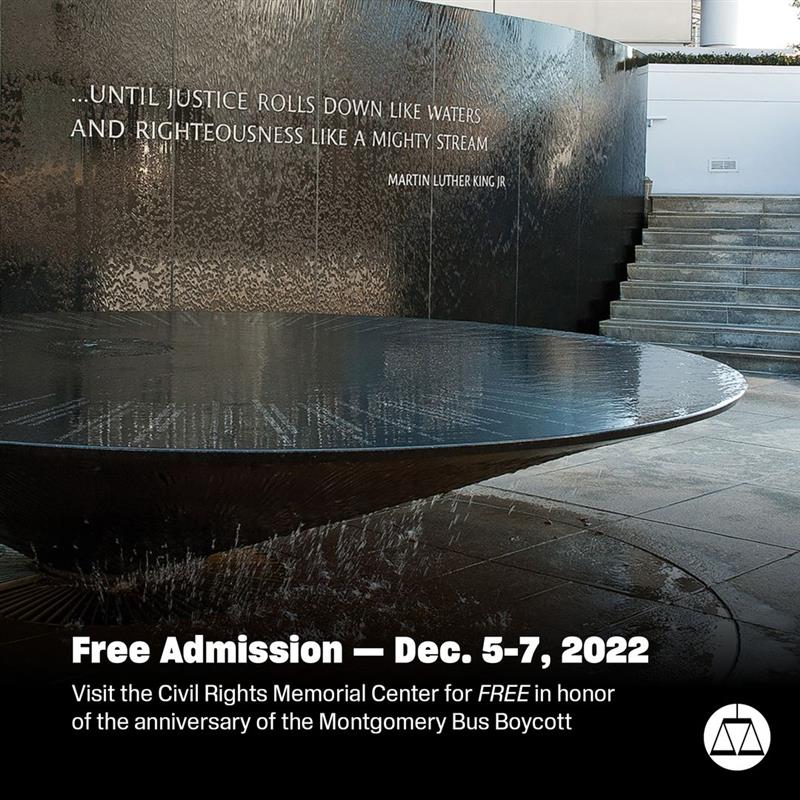