The swelling “sovereign citizens” movement lost a leader when LeRoy M. Schweitzer, 73, died of apparently natural causes at the federal supermax prison in Florence, Colo., on Sept. 20. He was serving a 22-year sentence for crimes related to the longest police standoff in U.S. history.

The swelling “sovereign citizens” movement — made up of antigovernment extremists who believe they are exempt from most laws and don’t have to pay taxes — lost a leader when LeRoy M. Schweitzer, 73, died of apparently natural causes at the federal supermax prison in Florence, Colo., on Sept. 20. He was serving a 22-year sentence for crimes related to the longest police standoff in U.S. history.

Schweitzer’s extremism dates to at least 1977, when he clashed with the IRS over $700 he owed in back taxes. Over the years, he mingled with some of the country’s most radical extremists, attending meetings of the anti-Semitic Posse Comitatus (a precursor to today’s sovereign citizens movement) and letting members of a neo-Nazi terrorist group called The Order train on his ranch.

In the mid-1980s, he moved from Washington to Montana, where he led the heavily armed Montana Freemen, an antigovernment group whose “Justus Township” compound became a gathering place for radicals. His arrest in 1996 prompted 16 other Freemen to barricade themselves there for 81 days before surrendering peacefully to the FBI. He was convicted in federal court on 25 counts, including conspiracy, bank and wire fraud, failure to file federal tax returns, fugitive possession of a firearm, and threatening a federal judge.

When he was sentenced in 1997, Schweitzer stood gagged, chained and handcuffed before the judge. After his gag was briefly removed, Schweitzer shouted that he was a citizen of “the country of Montana.” Schweitzer’s death wasn’t the only event to punctuate the latest chapter of sovereign history.

• On Dec. 22, the FBI, aided by the Arizona Department of Public Safety and a SWAT team from the Yavapai County Sheriff’s Office, successfully negotiated the surrender of “Rabbi” Shawn Talbot Rice, 49, a longtime sovereign citizen and fugitive who had barricaded himself, his wife and his two children inside a home in Seligman, Ariz.

Rice, who purports to be a rabbi and a lawyer, had been on the lam since July 2009, when he and partner Samuel Lynn Davis, 56, of Idaho, were indicted on 31 counts of bank fraud and money laundering. Together with Davis, the “rabbi” — who also faces weapons charges — allegedly collected about $96,000 for laundering $1.3 million for undercover FBI agents who told the pair the money came from stolen and forged bank checks.

Davis, who pleaded guilty in March, was sentenced to 57 months in prison by a Las Vegas federal judge on Oct. 27. He was also ordered to pay $95,782 in restitution to the FBI. In his glory days, Davis was an “elder” in the antigovernment Guardians of the free Republics and a promoter of a sovereign scam called “redemption,” which supposedly allows participants to tap into secret cash accounts they think the government is keeping in their name. 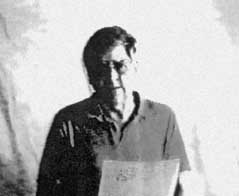 On Nov. 1, Timothy George Garrison, 59, an accountant from Mount Vernon, Wash., pleaded guilty in a Seattle federal court to two counts of assisting in the filing of false federal tax returns, cheating the government out of an estimated $2.5 million. Garrison had operated a tax preparation business from his home since 1988, preparing between 200 and 400 returns annually. Federal prosecutors said they intended to recommend a sentence of four years in prison.

Also in Seattle, David Russell Myrland, a fellow member of the Sovereign Assemblies and friend of Garrison’s, was sentenced in federal court, on Dec. 2, to 40 months in prison for threatening to use “deadly force” to arrest various government officials. He pleaded guilty in August after telling federal agents that he threatened government officials in the belief that Washington state law allows him to arrest any person he thinks committed a felony. The threats stemmed from his 2010 arrest for driving without a license plate or driver’s license — a common practice for sovereigns. Myrland allegedly told the officer who stopped his car that Washington traffic laws didn’t apply to him and that, if arrested, he would be “constitutionally authorized to come to the officer’s residence and arrest him at any time.”

According to the sentencing memo, he believed that “powers of a citizen’s arrest allowed him to force entry to the homes of any ‘felon’ and use any force required, including deadly force, to arrest them.” Police who searched his home found illegal drugs, 22 ammunition magazines and 2,000 rounds of ammunition for a 9mm pistol, along with fake arrest warrants for Washington’s governor, Kirkland’s mayor, and a Kirkland assistant city attorney.

A third member of the Sovereign Assemblies aimed his attacks higher. Kenneth Wayne Leaming (or, as he prefers to call himself, “Kenneth Wayne, sovereign man”) was arrested in November by the FBI Joint Terrorism Task Force for sending bogus legal documents to the homes of the chief justice of the United States and the director of the FBI, and filing fraudulent commercial liens against numerous other government officials.

A self-described international lawyer and “attorney-in-fact,” Leaming, a felon, allegedly filed the fake liens on behalf of a former “business” partner, David Carroll Stephensen, who was convicted in 2005 of multiple counts of conspiracy to defraud the United States and failing to file tax returns. According to the criminal complaint filed in Seattle federal court, Leaming faces three counts of “retaliating against a federal judge or law enforcement officer by false claim.” Officers’ discovery of seven firearms in his home may result in additional charges.

• In Lakota, N.D., a months-long standoff with a family of sovereign citizens ended peacefully on Nov. 6 when authorities took into custody Rodney Brossart, two adult sons, an adult daughter and a school-aged child. The standoff began last August when the Brossarts failed to appear in court to face charges stemming from an earlier, 16-hour standoff.

The whole thing began last June when the elder Brossart refused to return six cows that had wandered onto his property. Police at the time used an unmanned Predator drone to locate him on his property so they could arrest him, making him the first American citizen to be apprehended with the aid of such a device. But the arrest was not easy: The 55-year-old sovereign had to be subdued with a stun gun, police said. Brossart’s sons allegedly threatened officers with rifles, and his daughter allegedly struck a deputy. They, too, were arrested.

After the family members failed to appear at a court hearing in August, a new standoff began.

This time, Nelson County Sheriff Kelly Janke and a deputy found Brossart and his son Jacob working in a field, presumably finishing the fall harvest. They were unarmed and offered little resistance, according to media reports, but had to be dragged from a tractor. The other family members then surrendered.

Among other things, the Brossarts face charges of terrorizing during the standoff, and Susan Brossart, Rodney’s wife, is separately charged with giving false information to law enforcement.

• A federal jury in November found Monty and Patricia Ervin of Dothan, Ala., guilty of tax evasion and conspiracy to defraud the government. For many years, the couple had failed to pay federal income taxes on a total of $9 million in cash and silver they collected in rental income from a sizable real estate empire.

They were also found to have $350,000 worth of gold coins buried in their backyard. Court documents show that the IRS contacted the couple repeatedly with regard to their taxes, but the couple replied with bizarre letters claiming they were not required to pay income tax because they were not and never had been U.S. citizens. In a typical 2006 letter to the Social Security Administration, Monty Ervin wrote: “It has been recorded that, from the Kingdom of Heaven, Iesous Christos, trustee for the Kingdom of Israel, completed my diplomatic arrival to ‘The United States of America’ … on March 14, 1951, into a flesh body temple of God, the title to which is held by my trustee, Iesous Christos. … I do not remember making application for communitarian social security welfare benefits.” Elsewhere, Ervin referred to himself as “a sovereign Most Christian Prince.”