Daryush “Roosh V” Valizadeh had billed Feb. 6 as the day that his “neo-masculinist” — read woman-hating and rape-advocating — followers would emerge “from the shadows and not have to hide behind a computer screen” any longer. 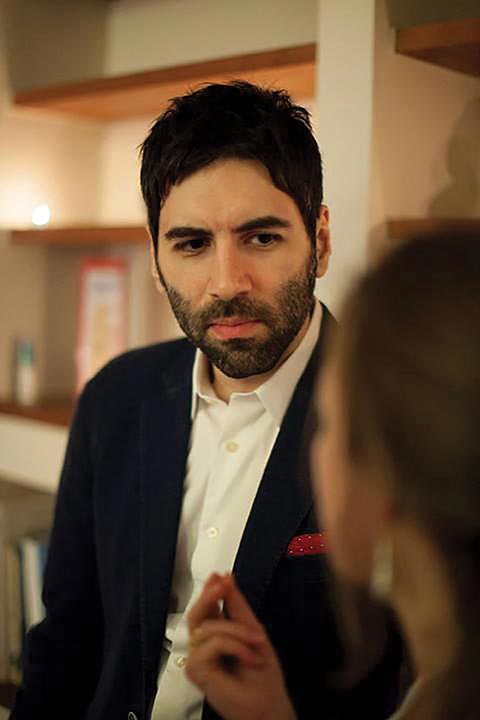 The organizer of the “International Meet Up” had been rightly dubbed by the Daily Dot in 2014 the “web’s most infamous misogynist.” His plans were to have his followers arrive at pre-arranged public spaces, query each other with secret passcodes (which Roosh V himself had posted publicly online), and then proceed to the secret locations of 165 meet-ups in 43 countries. Or so he promised.

By Feb. 3, though, visitors to Roosh’s personal website found only a short message in a large, bold, black font: “Meetup Cancelled.” Under immense pressure internationally, Roosh’s promises had dissolved into nothing.

To know Roosh’s anti-woman extremism — on full display at his online network, Return of Kings — is to understand why 40,000-plus people in Canada last year signed a petition urging that he be refused entry under that country’s speech laws; why an all-woman boxing club in Toronto promised to confront any meet-ups they found; and why media figures, innumerable online commenters and even a leading Australian Green Party member denounced his organizing effort.

Roosh’s misogyny is as sensational as it dangerous. He has openly advocated for the legalization of rape, so long as it occurs on private property. He has self-published nearly 20 books in which the self-described “pick-up artist” instructs readers on how to “bang” women in different countries. Taking his lead, his online followers have discussed the best spots to rape women in some of those countries. And, in the build-up to his failed day of woman hate, he encouraged followers to “exact furious retribution” from any female who confronted them — videotape them, post those videos online, identify and then collectively harass them. 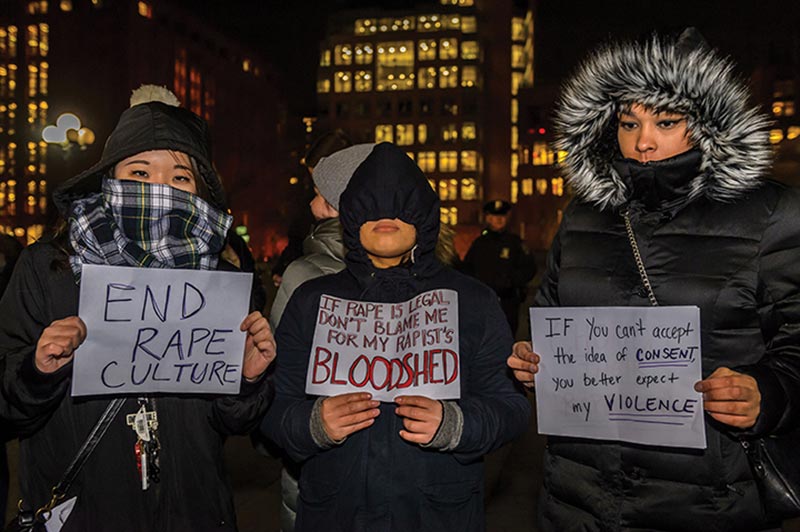 People around the world, like these three women at a June event in New York City, condemned rape advocate and self-described “pickup artist” Daryush Valizadeh’s call for “meet ups” in 43 countries earlier this year. In the end, “Roosh V’s” macho-man organizing plans developed a case of the vapors and fainted dead away.

Roosh V’s following, his efforts notwithstanding, is essentially an online movement, part of a larger cyberworld peopled by misogynists and known as the “manosphere.” But one need only remember the women who were mercilessly harassed by “GamerGate” trolls to understand how serious online terror can be. During that campaign, men viciously harassed women who pointed out sexism in the electronic gaming industry, to the point that at least one had to flee her home.

It was ironic that the tactics endemic to the manosphere were turned on Roosh, who has not hidden his real identity, and his followers. Reacting to the vitriol directed their way, Roosh tweeted, “Anonymous doxxed my family’s address. Whatever I’ve done in life, they don’t deserve to be harassed or harmed.”

And about that, if only that, Daryush Valizadeh was surely right.