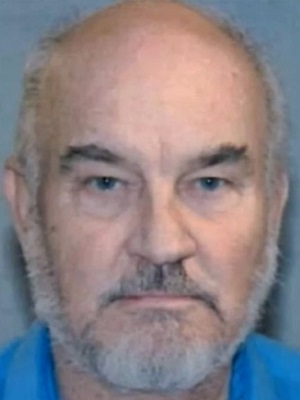 A Utah man is now facing federal hate crime charges for threatening to kill a black child of a neighboring Caucasian couple. Robert Keller, a 70-year-old resident of Hurricane, wrote to the family to say he would kill the boy if the child remained in his neighborhood.

Keller told KUTV that he didn’t mean anything by it, “All I wanted to do was open their eyes.” “To me, it’s not a threat, it’s my opinion, which I should be allowed to,” he said, trailing off, before concluding with, “Of course, I wrote it down, which was a mistake.”

What Keller wrote down, in a letter to the family last December, was a direct threat. His hate-filled letter – which concluded with “Get this nigger out!” – explicitly warned the parents that he would kill either the boy or the parents if they did not remove him from the neighborhood.

By Keller’s own description the letter read, “If it was my daughter – I think I wrote that I’d slice his throat or something like that.”

Keller told KUTV that he was inspired to write the letter out of fear that the boy might try to date white girls. “I just said, ‘What’s gonna happen later on down the road, when this black kid starts chasing these girls? Which I’ve seen,” he said. “That’s what set me off. I saw him walking down the street with a white gal.”

The property manager at the neighborhood where both Keller and the family live was shocked when she read the letter. Tenille Ewing told reporters that the letter “made threats against life," adding: “It hit home, because it's my ethnic background.” “It was very shocking to me that people still have that much hate, nowadays,” she said.

Keller was originally charged with interfering with a right to fair housing, a federal offense, in December. But the Department of Justice recently expanded the case to include federal hate crime charges:

According to the DOJ, Keller faces “a statutory maximum penalty of one year in prison on each count” if convicted.