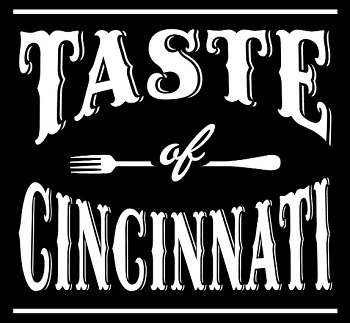 The Cincinnati City Council next week will discuss better ways of fighting crime involving groups of juveniles. The discussion comes in the wake of a string of street crimes committed by groups of juveniles during the popular “Taste of Cincinnati” street fair over the Memorial Day weekend.

Right-wing media outlets were quick to ascribe a racial motivation to the crimes, which included robberies and assaults. The Daily Caller headlined their story, “Group Attacked For Being White In Cincinnati,” and the never-subtle WorldNetDaily’s headline blared, “Black mob attacks victims 'like it was a game'.”

However, Cincinnati police say the crimes appear to have been precipitated by enforcement of the city’s 10 p.m. curfew for youths 15 and under. Given the seriousness of the crimes, the police are planning ahead.

“Overall, the Taste of Cincinnati went well. However, the issues presented by hundreds of young people acting unruly at or near a large public gathering should be addressed for future events,” according to a police department report obtained today by Hatewatch.

There were 16 juveniles and two adults arrested during the three-day annual event staged on a half-dozen downtown streets blocked to vehicular traffic and attended by an estimated 500,000 people, the report says.

Reached for comment by Hatewatch, Cincinnati Mayor John Cranley issued a statement today saying the “isolated incidents that occurred near Taste of Cincinnati this year were unfortunate.”

“Our police department is investigating and we hope to charge the perpetrators soon,” the mayor said. “No matter what happened, however, it is not an excuse to justify hate speech or racial prejudice. There is enough ugliness in the world already, and those types of comments are contrary to my beliefs and the beliefs of most Cincinnatians.”

“The presentation is going to talk about the assaults that occurred at the event, the arrests that were made and the [police department] staffing,” Police Lt. Lisa Davis told Hatewatch.

The majority of the crimes at this year’s events, Davis said, were committed by a group of about 200 juveniles who gathered at Fountain Square, at one end of the street fair.

At 10 p.m. on both Saturday and Sunday, those teens 15 and younger were told by police that they needed to disperse to comply with the city’s 10 p.m. curfew. The youths complied with the dispersal order, but roving groups then committed a variety of crimes.

“As they were dispersing, some of these young people were dancing in the street, jumping on parked cars, and some committed assaults,” Davis said. “I think, for me, what’s appalling is that instead of robberies where someone says, ‘Give me your money, give me your cell phone,’ some of these situations involved them punching the victims in the face.”

Cincinnati City Council member Amy Murray is recommending the police department look at the expansion of its Citizens on Patrol Program, the Cincinnati Enquirer reported today. She did not immediately return calls by Hatewatch seeking comment.

Davis, who has done extensive community relations work for the police department, said the Citizens on Patrol program has been highly successful. It uses citizen volunteers who undergo specialized training. They are unarmed, but drive marked cruisers and wear special uniforms. Assaults on COP volunteers carry high penalties.

“Cincinnati has 52 neighborhoods and 31 of them have Citizens on Patrol units,” Davis said. “These programs are highly successful.” Some of those volunteers were used at the “Taste of Cincinnati” but a larger presence there may have thwarted some of the crimes that occurred, she said.