The younger brother of Brent Douglas Cole, the far-right extremist who now faces federal assault charges after his shootout with law enforcement officers in the northern California woods, isn’t sure where and when his elder sibling slipped into the surreal universe of “sovereign citizens.” But he believes his descent into right-wing extremism happened during his long residence in the woods of Alaska.

“He’s been up living life on his own for so long that he just doesn’t see it – that there’s rules that the rest of us follow for good reason,” Marcus Cole of Woodinville, Wash., told Hatewatch. “He’s used to just taking care of himself, and doesn’t understand why anyone wants to keep him from doing as he likes.”

Brent Cole remains in the custody of the Nevada County sheriff’s office while recovering from his wounds at a medical center in Roseville, where he is listed in stable condition. The Bureau of Land Management ranger and California Highway Patrol officer who both were wounded in the confrontation on Saturday near Edwards Crossing in the Sierra Nevadas were treated and released. 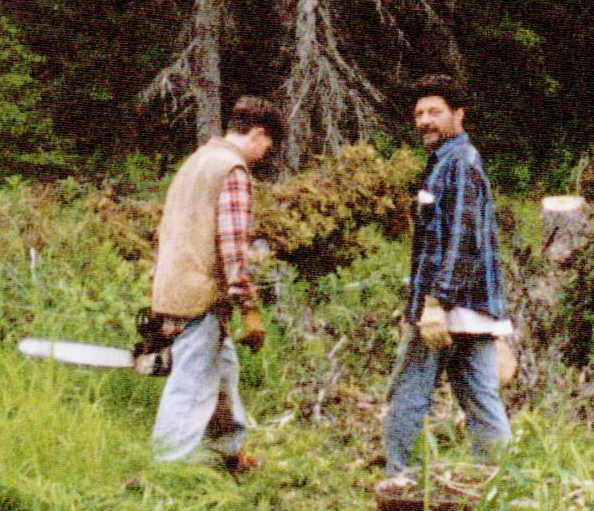 The Cole brothers grew up in Idaho Falls, Idaho, the son of a nuclear engineer employed at what was then called the National Reactor Testing Station (later the Idaho Nuclear Engineering Laboratory). Brent Cole was one of the first graduates of the new Skyline High School in 1971, and promptly moved away – to the Sierra Nevadas, not far, his brother says, from the place where he got into the shootout.

Brent was married there a few years after high school, and the couple moved to Texas and had a son. They also shortly divorced, after which he moved to Alaska and took up life in the woods. He made his living through construction work.

“I visited him in Alaska in 1997,” says Marc Cole. “He was living in a cabin on the tundra and we had to hike a couple miles in across the swamp. I have a picture of him in his environment.  This is how he lived for 20 years, in a cabin far away from the modern world.”

Marc believes that the solitary lifestyle, combined with a contrarian and pugnacious personality, played crucial roles in shaping his brother’s radical political views. 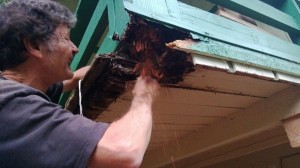 “He got into this stuff because he has always liked being argumentative and contrary,” Marc said, adding that he doesn’t tolerate the radical talk when the two visit now. “But I figure, you know, he’s allowed to believe what he wants to believe. And he’s used to living in the outback and being that wild man.

“He’s frustrated. He’d like to think that his existence matters, like all of us do, and so he gets out there on these controversies thinking he’ll be like a beacon for the rest of us. He believes he’s going to do the world good. He thinks he’s going to save the world.”

Indeed, that kind of delusion of heroism is a theme running through much of Brent Cole’s online postings, including his page at the conspiracist United Truth Seekers site, where he declared that his purpose was to save the U.S. Constitution: “Let us document the breach of the terms of  that written contract, and seek redress, in international court if need be, against the United States (Company Corporation) for breach of the contract formed with the people .”

At another site, Cole declared himself a “sovereign American Citizen attempting to thwart the obvious conspiracy and subterfuges of powers inimical to the United States.”

Brent Cole moved back to the continental United States three years ago, after inflicting permanent damage on three of his fingers in a frostbite incident. His brother says he mostly lived by camping around the country in different locales during that time. In January of this year, he was arrested on weapons charges after sheriff’s deputies found a concealed gun in his pickup in a campground.

Cole responded by filing a series of classic “sovereign citizen” pseudo-legal filings. “I am being persecuted for being a gun owner, and for exercising my inherent Right by unwitting or unknowing accomplices of a seditious conspiracy against rights instituted by foreign powers inimical to the United States of America,” he wrote.

“Those postings make him look a lot worse than he really is,” says Marc Cole. He hosted his elder brother at his home this April for a couple of weeks, and Brent was instrumental in helping Marc fix a rotted deck in the back of Marc’s son’s home. 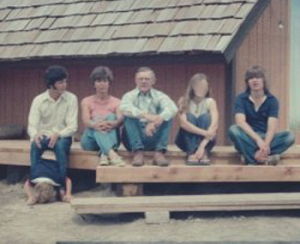 “Brent lives a simple life and doesn't have many needs,” says Marc.  “If he could, he would spend all of his time surfing the Internet looking for causes to champion, and then go post about them, never leaving the house.”

He says that he isn’t aware of anything racist or anti-Semitic in his brother’s rantings, though in fact, as Devin Burghart detailed at IREHR, his Facebook postings are littered with anti-Semitic conspiracies and racist posts about President Obama.

“He isn't a hateful person despite the causes he post about,” says Marc Cole. “He is looking to champion the little guy and fight the big corporations. In that he is quick to accept any conspiracy theory.”

Mostly, Marc Cole wants the world to know that despite it all, his brother isn’t a monster: “He still carries his guns like he was in Alaskan and is not sensitive to how tense things have gotten in view of all of the mass shootings and rhetoric. But he is not a terrorist.”

He says none of it would have happened if his brother hadn’t gotten into trouble over guns with local authorities. “I don’t know if he would have even been in the area if he hadn’t had the earlier confrontation. He was charged with misdemeanor possession of a loaded firearm at a campground. I had to bail him out on that one.

“In April, he was here visiting me, and he went down to Texas with his son and visited his grandkids, and I doubt he would even have gone back to California except that they had his guns, and it was just a misdemeanor. And they offered to let him plead guilty to something and they’d give him his guns back, but he had this thing in mind that he was going to prove that their jury instructions were illegal or something.”

Marc Cole says he’s tried reading his brother’s “gobbledygook” filings and can’t comprehend them, let alone what his brother sees in them. For the family members of people drawn into the sovereign citizen movement, this is a common refrain.