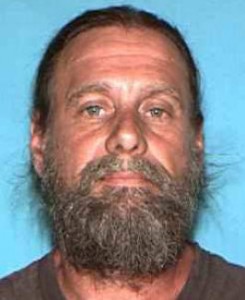 Authorities in Missouri say a heavily armed man with antigovernment views and a “Rambo” personality threatened to kill police officers and expressed hatred of blacks and Muslims before his arrest Wednesday in St. Louis.

David Michael Hagler, 53, who lived on food stamps and part-time work as a landscaper, faces four federal firearms charges, including illegal possession of a sawed-off shotgun and an unregistered machine gun. He is being held without bond until a preliminary hearing next week, according to court document information.

The St. Louis Post-Dispatch is reporting that FBI agents and police bomb squad teams spent Thursday searching for booby traps in two adjacent St. Louis homes where informants said Hagler had stockpiles of guns, 10,000 rounds of ammunition and had talked of “mass attacks on (police) officers at funerals or fundraisers.”

Investigators wearing body armor used at least three robots during the search of the properties in St. Louis’ Baden neighborhood, near Halls Ferry Circle. They feared an underground tunnel connected the two houses, and that Hagler had put steel plates in exterior walls in the event of a shootout with police.

Results of the search weren’t disclosed. A federal court affidavit describing the evidence against Hagler has been sealed from public inspection.

The FBI in St. Louis did not immediately return a call from Hatewatch, nor did the U.S. Attorney’s Office in the Eastern District of Missouri.

Media reports suggest the suspect’s antigovernment and anti-police views were growing and that his arrest may have thwarted a potential tragedy.

“The law enforcement action being taken you might describe as proactive in terms of trying to address something before something worse happens,” U.S. Attorney Richard Callahan told the St. Louis newspaper.

One of two informants told investigators that Hagler “had a seething hatred for his ex-wife and was becoming more agitated after events in Ferguson and in fear of losing his homes because of unpaid taxes,” the Post-Dispatch reported.

That same informer described Hagler as a very intelligent survivalist type whose goal was to live off the grid while holding “extreme anti-government and anti-law enforcement views,” the newspaper reported.

Court records show Hagler has a criminal history going back 35 years. One of his first arrests was for selling marijuana to an undercover officer. He wasn’t convicted of those charges, but subsequently faced other marijuana charges, domestic violence and assaulting neighbors with firearms.