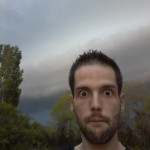 A decorated Iraq war veteran now in jail under a $3 million bail for allegedly torturing and fatally shooting three people before burning their bodies beyond recognition was a one-time candidate for political office with former ties to an Eastern Washington militia group.

Roy H. Murry, of Lewiston, Idaho, is an “apocalypse prepper” previously involved in firearms training at rural Stevens County, Wash., property owned by a man who ran in 2014 as a Republican candidate for sheriff, court documents say without identifying the land owner.

That unsuccessful candidate, Kenneth L. Barker, contacted Tuesday by Hatewatch, confirmed that the 30-year-old triple murder suspect and members of the 63rd Battalion, Light Foot Militia, once trained at rural property that Barker owns near Deer Lake, in Stevens County, Wash. Barker also confirmed he was a member of that militia group “but hasn’t seen Murry in years.”

Barker’s property where the militia trained and reportedly stored equipment is only about 10 miles north of the rural Chattaroy, Wash., home in Spokane County where Terry Canfield, a 59-year-old Spokane Fire Department lieutenant; his wife, Lisa Canfield, 52, and her son, John R. Constable, 23, were fatally shot multiple times on May 26.

Asked about the group described in the public court documents, Barker initially responded: “It was a group of guys who would come out here, you know, and shoot, practice for hunting, that kind of thing.”

The court documents filed in the murder case say during the training exercise, Murry “was in possession of a firearms sound suppressor for a pistol,” which would have been illegal if it wasn’t federally registered.

“I believe I recall seeing him with a pistol,” Barker said, adding that he didn’t see a silencer.

The 63rd Light Foot Militia’s mission statement says, “Under no circumstances will the militia of Washington tolerate those who advocate acts of criminal violence, terrorism, racism or a change away from our republican form of government; nor will it support any specific political party or candidate, nor espouse any particular religious denomination or doctrine.”

Murry is a decorated Iraq war veteran, earning the Bronze Star, and former member of the Washington Army National Guard, who reportedly suffers from post-traumatic stress disorder, has been treated for opiate addiction and is receiving an estimated $1,500 a month in medical disability benefits. On his Facebook page, Murry lists the late Ed LeStage, one of the founders of the 63rd militia group, as one of his “friends.” LeStage died in January.

Public records show Murry once was the “chief acquisitions officer” of Patriot Enterprises LLC, described as a Washington state corporation doing research and development for “machined parts to serve the firearms industry.” It is now an inactive corporation.

Within hours of the fire on May 26 and the subsequent grim discovery of the three charred bodies, relatives and neighbors reportedly identified Murry as a prime suspect because of his increasingly bizarre behavior and preoccupation with firearms. He nearly always would carry a firearm – carefully wiping down his ammunition to eliminate fingerprints and DNA traces in case he needed to “shoot and scoot” – and frequently wore body armor, authorities say. Records show he owns at least 16 firearms.

After cancelling three interviews with investigators, Murry was arrested on Saturday by Spokane County sheriff’s detectives who found injuries on the suspect’s body and located in his car blood stains and a handgun believed to have been used in the killings. He told detectives “he had worked for the CIA” and suspected “the Russian Secret Police known as the FSB” was responsible for the homicides, the court documents say.

Murry is Lisa Canfield’s son-in-law who, court documents say, apparently blamed the victims for his pending divorce from Canfield’s daughter, Amanda. She was estranged from Murry and living at the Canfield home, but on the day of the killings she worked overtime as a nurse at a Spokane hospital.

When she arrived at the residence in the predawn hours of May 26, firefighters were battling a fire at the Canfield home and an outbuilding on East Chattaroy Road that investigators now say was set by an arsonist using gasoline and a road flare.

Just a week before the killings, the Bonner County, Idaho, sheriff’s office returned to Murry items that court documents say could be “materials and devices used to make improvised explosive devices,” including pressure switches and remote triggers.

Those items, which weren’t assembled in a device and therefore weren’t inherently illegal, were turned over to Idaho sheriff’s deputies in April by a woman who had broken off a “romantic relationship” with Murry and didn’t want to see him in person to return his property, the court documents say.

In 2011, Murry sought a Republican appointment to fill a vacancy in the Washington State Senate. During that selection process, it was disclosed that a year earlier he forfeited bail on a misdemeanor charge of illegally possessing a switchblade knife.

Just days after Murry was nominated by the Republican Party to fill the Senate vacancy, he was arrested in Las Vegas on a firearms charge, The Spokesman-Review reported on Sunday.

Las Vegas police arrested Murry after his car was parked at an angle on the side of the road, its motor running. “Officers said they saw tobacco juice drooling from Murry’s mouth and body armor in the car, and had trouble waking him up,” the newspaper reported.

When police asked Murry if he had any firearms, he said he did in the trunk of the vehicle. But when police patted him down, they found a semi-automatic handgun in his waistband, and two knives, two ammunition clips and some loose rounds in his pocket, the newspaper reported. Shortly after failing to get the legislative appointment, Murry was arrested after he allegedly carried a loaded gun into the veteran’s hospital in Walla Walla, Wash.

Murry entered a pretrial diversion program, agreeing to pay a $500 fine, perform 100 hours of community service, relinquish a concealed weapons permit for two years and complete a firearms safety course, court records show. In 2014, a judge ruled Murry complied with the agreement and dismissed the charge.