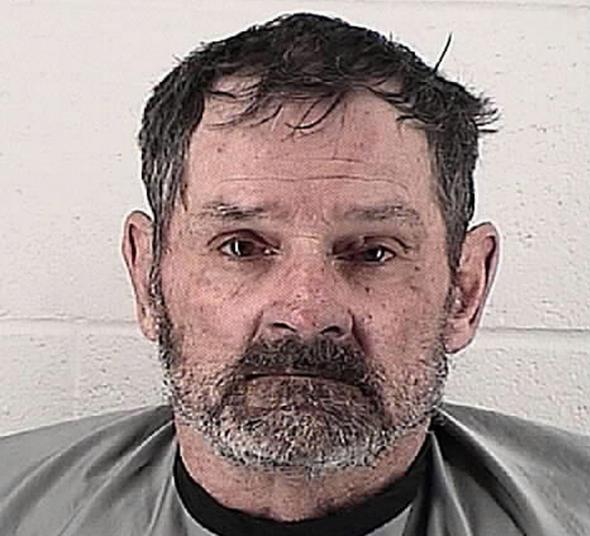 The United States government gave him the name “Cross” more than 20 years ago when he went into the witness protection program after snitching on his fellow white nationalists at their sedition trial in the late 1980’s.

At 74, and suffering from emphysema, Miller is still running his mouth, this time in a series of letters and legal filings he has been sending from jail to white nationalist supporters to post on the racist web forum Vanguard News Network (VNN).

“The rednecks, at least, will be a bit inspired,” Miller boasted in a recent letter to a VNN member “Jimmy Marr.”

“My morale is super high, higher than ever before,” Miller added. “I’m totally at peace with myself. I struck violent blows against the GD jew [sic] menace – effective blows, too.”

None of the three people Miller is accused of murdering on April 13, 2014 – William Corporon, 69, Corporon’s14-year-old grandson, Reat Underwood, and Terri LaManno, 53 – were Jewish.

“I’ll die with a clear conscience,” Miller said in the letter, apparently mailed in early June, “knowing I did my best to secure the existence of ourt [sic] people, and a future for White children.”

If convicted, Miller could face the death penalty. He is representing himself in the case after firing his team of court-appointed lawyers in May. The trial is scheduled to begin August 17.

But in the letter he sent to “Marr,” Miller complained that “Hardly any jew-wies [sic], capable WNs [white nationalists] have stepped forward to help me gather hard hitting evidence against the jews [sic].”

“My defense will be COMPLELLING NECESSITY,” he wrote. “The jew-wise [sic] should easily figure out what evidences will be most effective in support of my defense, then mail them to me…”

In the letter, Miller seemed pleased with himself that he had received “a couple more citations” in jail. He asked that the citations be posted along with the letter for “the rednecks.”

The first citation is from May 14, according to what Miller had posted on VNN. The citation, which refers to Miller as “Inmate Cross,” says Miller called a jail employee “a yellow piece of shit who wouldn’t fight to protect his own mother." Miller apparently got angry when the employee dismissed Miller’s talk about the “Jews running the media” and putting a “stranglehold on the United States.”

The next citation was dated May 24. Again Miller got angry, this time because a nurse did not arrive as quickly as he wanted to give him treatment for his emphysema. He started berating a guard.

In mid-June Miller sent two motions he filed on his own behalf to Alex Linder, the founder of VNN. One was a “motion for acquittal of all charges.”

Miller asked Linder to post it to his site.

Miller claimed in the motion that “The white race is dying out” and “This genocide is caused by jews[sic]” and his fellow white men “are spineless citizens who tolerate every outrage thrown in their faces and with smiling faces.”

He said he “used legal means, rather than violent means” for 48 years, fighting for the “rights and preservation of my people.” He ran for office, he spread his racist and anti-Semitic message as a guest “on well over 200 radio and TV talk shows, including Howard Stern and Alan Colmes…” But his efforts were “futile with no chance of stopping the jewish [sic] genocide of my people.”

So when he drove from his home in rural Missouri to Overland Park, Kan., and opened fire outside of two Jewish community centers on a spring Sunday afternoon last year, killing three people, “It was,” according to Miller’s motion, “homicide by necessity.”

“Roger Bannon,” a VNN member since 2013, responded to Miller’s correspondence.

“The guy is a delusional nutcase,” he wrote on the site in mid-June. “… He wants martyrdom but deserves nothing but scorn.”