Paul Fromm, a Canadian white supremacist who masquerades under the banner of free speech, is claiming that the U.S. Department of Homeland Security (DHS) recently denied him entry from Canada. 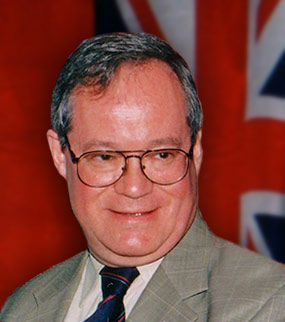 According to an interview with Fromm posted on Wednesday on YouTube, border agents restricted his entry into the United States after he responded to a question about his purpose for travel by telling him he was about to attend “conference of the American Freedom Party.”

The conference was Camp Comradery, an event cosponsored by the white nationalist American Freedom Party (AFP) in late June in Tehchapi, California. Fromm was invited to give a speech by AFP president William Johnson.

What Fromm didn’t tell the DHS agents that questioned him in Canada was that the host included other white supremacist groups, including two neo-Nazi skinhead organizations, Golden State Skins and Blood and Honour American Division, also sponsor the event.

Fromm claims that after being detained for three hours in “secondary inspection,” he was asked to provide tax forms proving his employment in Canada, as well as proof that he was not being paid by AFP. When he returned to the airport with the required paperwork that evening to catch a different flight, DHS agents again detained him. He was informed he would need to obtain a visa to enter the United States.

Fromm, who has a long history of trafficking white supremacist ideas and propaganda to both the United States and Europe, alleges that a consulate employee told him, “That’s their [DHS’s] way of saying they don’t/didn’t want you in the United States."

The DHS did not responded to email messages requesting further details.