Spurred by politicians, some Americans are acting out violently

The murderous rampage by two apparently radicalized Muslims in San Bernardino, Calif., on Dec. 2 has become the latest flashpoint in the massive bonfire of Islamophobia being whipped up by anti-Muslim extremists and their mainstream conservative enablers in the United States.

In the week since the massacre of 14 people by Syed Farook and Tashfeen Malik, Muslims around the country have been confronted with a wildfire of retaliatory threats, vandalism, and attacks – even as politicians and pundits have stoked the flames of bigotry higher

The ugliness began almost immediately after the shootings with a series of phoned-in and social-media threats, vandalizing attacks on mosques, and arsons of Muslim businesses, in locations all around the United States: 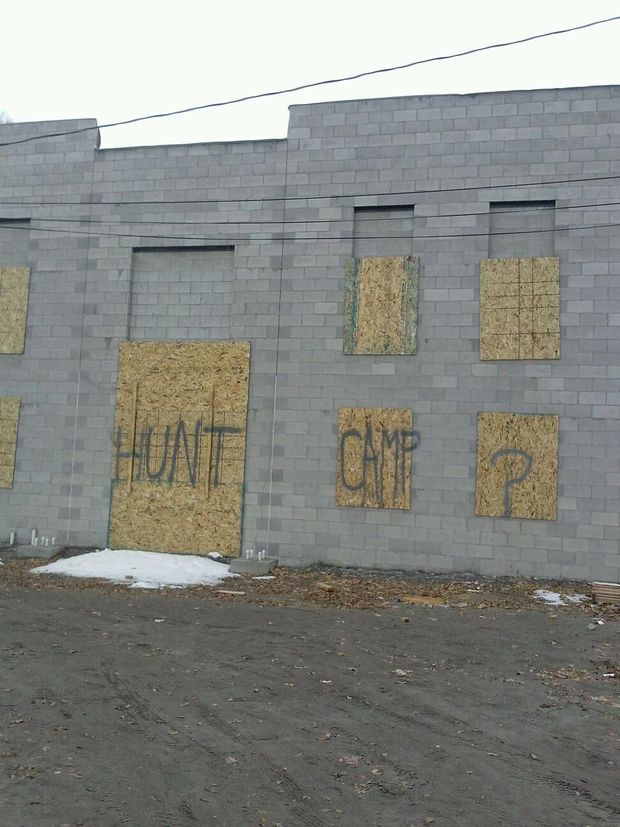 Vandals scrawled 'Hunt Camp?' on the windows the Twin Falls, ID, Islamic center, referring to a nearby internment camp for Japanese Americans during World War II.

There has been a rash of other, mostly petty, ugliness as well: A sixth-grade Muslim schoolgirl in Brooklyn was attacked at the school – punched, her headscarf yanked, and called “ISIS” by classmates – but police declined to file a report in the matter. Two Muslim women were verbally assaulted by a fellow patron at an Austin, Texas, restaurant, and then told that “nobody” cared about them. A woman in Fort Worth, Texas, reported that an angry woman confronted her in her car, rolling down her window and shouting at her, before she spat on her.

The Twin Falls case provides a stark example of how extremist anti-Muslim rhetoric trickles down to create permission for violence in local communities. The local refugee resettlement center has in recent months become the focus of a virulent campaign stoked by national groups designated as anti-Muslim extremist and hate groups by the SPLC, even attracting the high-volume participation of armed militiamen from the antigovernment “III Percent” movement.

The spate of ugliness has wounded the Muslim community: “I think people are upset, people are humiliated,” observed Marwan Kreidie, director of the Arab American Development Corp., in an Associated Press interview following the incident with the pig’s head. “We’ve never had incidents like that – even after 9/11, we didn’t have anything like this.

“Unfortunately, some of the rhetoric – especially coming from the Republican candidates for president – has been atrocious. And words have consequences.”

Indeed, the GOP presidential field – led by Donald Trump – has already played a substantial role in whipping the embers of Islamophobia into flames in recent weeks, aided and abetted by both right-wing and mainstream media. Much of that focused on whether or not Muslim refugees from Syria should be welcomed, with Trump announcing that if he were elected, “They’re going back!”

The bonfire became a massive conflagration in the wake of the Nov. 13 ISIS-based terrorist attacks in Paris that left 130 people dead and another 368 injured. A parade of mostly Republican governors promptly announced they intended to close their doors to Syrian refugees, even though that decision is not within their purview. And Muslims began seeing a marked increase in hate crimes and other attacks.

After last Wednesday’s massacre, the issue blew up altogether, with a number of politicians and pundits lining up to declare that their fears about admitting Muslim refugees had been proven right. At the same time, the floodgates of ugly behavior toward Muslims appeared to open wide all across the country.

On Monday, in the wake of the San Bernardino shootings, Trump turned the issue into a national uproar by declaring that he wanted to see all Muslim immigration into the United States shut off altogether – temporarily, he claimed, “until our country's representatives can figure out what is going on.”

"In a country that is already thick with hateful anti-Muslim ideologues, Donald Trump may well be the person who has done more than any other to demonize Muslims and, ultimately, to subject them to criminal hate violence,” observed Mark Potok, the SPLC’s Intelligence Report editor. “Words have consequences. Although the hateful comments of Trump — not to mention those of a number of the other Republican presidential candidates — are protected by the First Amendment, there is little doubt that they will ultimately lead to more violence directed at minorities. What Trump is saying is despicable, un-American and a shameful moment for our country.”

The Republican candidates’ fearmongering, however, is only the culmination of a long-running campaign by extremist organizations to whip up fears about Muslims. A number of these groups – in particular, Frank Gaffney’s Center for Security Policy, whose misinformation was cited by Trump in his attempts to justify his call for a Muslim immigration ban – have been claiming for years that all Muslims are extremists in waiting. One of Gaffney’s acolytes, Ann Corcoran, has played a leading role in the effort to associate the refugee-resettlement programs with the ostensible threat of terrorism.

As a consequence of this rhetoric, hate crimes against Muslims have skyrocketed in recent years, even at a time when hate crimes against other minorities are declining. CAIR officials recently expressed concern about the recent escalation in bias crimes: “We don’t literally have time to issue a statement on every incident because they’re coming in so fast and furious,” CAIR spokesman Ibrahim Hooper said. “When the leading Republican presidential candidate can say, ‘Bar all Muslims coming to America’ and know he can get more support for it — it is truly frightening.”

In the meantime, Pentagon officials explained Tuesday that this kind of bigotry was playing directly into the hands of the terrorists, whose whole intention is to attempt to create bigoted attacks on Muslims in America and Europe so that those Muslims will have an incentive to become radicalized.

“Anything that bolsters ISIL’s narrative and pits the United States against the Muslim faith is certainly not only contrary to our values but contrary to our national security,” Pentagon spokesman Peter Cook told a news briefing.