A Virginia man described as a white supremacist was sentenced Tuesday to more than eight years in federal prison for his role in a conspiracy to rob and kill a silver and coin dealer and use the money to finance a race war.

The plot was foiled when undercover FBI agents – posing as a precious metals salesman and a firearms dealer -- secretly record conversations of the co-conspirators, leading to their arrests and subsequent guilty pleas in U.S. District Court. 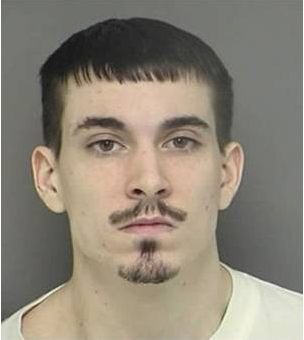 Chaney was sentenced to 105 months in prison, far less than the 150-month sentence sought by prosecutors who described the defendant as a “dangerous, violent recidivist.” Doyle was sentenced in May to 17 ½ years in prison and the third defendant, Charles Halderman, 31, awaits sentencing.

Virginia Department of Corrections officials describe the three defendants as white supremacists and members of the Aryan Brotherhood.

At sentencing, Chaney told U.S. District Judge James R. Spencer that he had no explanation for what he did, blaming his crimes on “stupidity, impulsiveness and impatience,” the Richmond Times-Dispatch reported.

Investigators said Chaney and Doyle, who had met in prison, entered into the criminal conspiracy last October, just eight months after Chaney was released from prison for shooting two people during a botched robbery.

After arranging the purchase of $100,000 worth of precious metals and coins, the conspirators intended to rob and kill the dealer, court documents say.

Chaney  also completed an  arms  deal  where two illegal  firearms, both with  silencers  attached,  and  one explosive device were purchased from an undercover FBI agent, just moments before the suspects were arrested.

“The circumstances of these offenses – even without further consideration of Chaney’s particular history and characteristics – demonstrate [his] blatant disregard for the law, as well as the safety of individuals in the community at large, and provides ample reason for the court to grant an [enhanced sentence],” Assistant U.S. Attorney Thomas A. Garnett said in a sentencing memo.