The family of a murdered Georgia woman denounces the League of the South for exploiting her death to advance its own agenda.

UPDATE: The League of the South, under harsh criticism for exploiting the murder of Dorothy “Dot” Dow by Dow’s family, cancelled a planned Oct. 8 rally that was meant to highlight the race of Dow’s killers. In announcing the cancellation on Sept. 22, Tom Davis, the League’s Georgia leader, denied to the Newnan Times-Herald that his group was “a neo-Confederate” white pride organization. That claim came on the same day that League President Michael Hill wrote a blog post attacking “feral negroes” and promising a “forceful response” to black-on-white violence.

The League of the South, a white supremacist group whose leader last month urged his supporters to “arm and train” for “open warfare” against “dark-skinned Third World peoples,” says his group is all about standing up for white Southerners.

The Dow family of Georgia would prefer that it didn’t.

The Georgia chapter of the League is planning an Oct. 8 rally in Grantville, Ga., to highlight the torture-murder of Dorothy “Dot” Dow, an 83-year-old white woman allegedly murdered by a gang of three black men and two black women during an Aug. 2 home invasion robbery. Dow was beaten severely, then set afire by her attackers. She managed to call for help, but died of her injuries on Aug. 27.

It wasn’t long after that that Tom Davis of Alma, Ga., the chairman of the League’s Georgia chapter, asked Grantville officials for a parade permit. The group said on its Facebook page that “black thugs” were responsible for the death, and added that “[i]f this were whites burning blacks, it would be national news.”

But Dot Dow’s son, daughter-in-law and grandson say they want nothing to do with the League of the South, which they say is exploiting their family’s tragedy.

“It’s just disgusting,” Grant Dow, Dot Dow’s 36-year-old grandson, told Hatewatch. “I believe that everybody has the right to protest and rally, but to attach our story, my grandmother’s story, to their agenda is unspeakable.”

“My mother is being used,” added Phillip Dow, 60. “My family is being used to promote people’s agenda that we want no part of and will be no part of. She always treated all people the same and race, black and white, made no difference to her.” 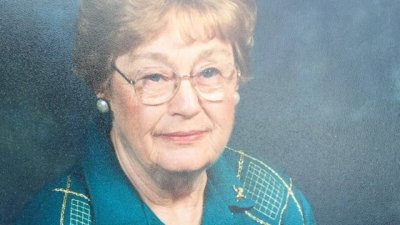 He added: “What happened to her is not a black and white issue. We’re looking to the legal system to give justice to the perpetrators as they deserve. It shouldn’t be taken to the streets. The courts is where everything should be handled.”

Grant Dow said the family had asked the League’s Davis through intermediaries to drop the rally, but that they had been refused. In a statement printed in the Sept. 18 edition of the Newnan Times-Herald, the family said that it “has not been asked for permission to use her name, nor would we give permission if asked. We resent anyone using our family tragedy to promote their own agenda.”

The League’s use of Dot Dow’s murder is only the latest such case. For years now, racist white groups have been pumping out propaganda about black-on-white crime. Typically, these groups claim that the atrocities they are publicizing were based on hatred of white people. But in the vast majority of cases, police and family members say the killings had nothing to do with race-based hatred.

Such is the case with Dot Dow. Officials say the perpetrators had worked for Dow picking blueberries for cash in the past, and apparently believed that they would find money in her house. They call the crime a botched robbery attempt.

But none of that matters to the League of the South, one of whose followers wrote of the Dow murder on the group’s Facebook page: “[M]y frustration level is at an all-time high, thinking about that poor woman… These animals need to be lynched.”

The League’s bloodthirsty national leader, Michael Hill of Alabama, evoked similar sentiments in an Aug. 14 web posting. Saying that “there is a racial war going on against whites,” Hill concludes with this: “Be vigilant, my compatriots, and return violence with a double portion of violence, it is all the savages understand… . We are now living in an active combat zone. Behave as such.”