Jon Feere, a longtime staffer with the nativist think tank Center for Immigration Studies (CIS), is set to join the Department of Homeland Security in an “immigration-related position,” according to The Washington Post. 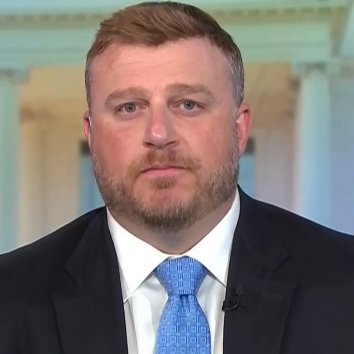 Feere, though, was coy about what his appointment would be.

“I’m in between jobs. That’s all I can say right now. I can’t confirm anything,” he told the Post.

There may be a reason for Feere’s reticence. Like the organization he worked for, he has a long history on the racist radical right.

In 2012, he granted an interview to the American Free Press, an anti-Semitic weekly tabloid (AFP) founded by Willis Carto, one of the most prominent anti-Semites of the last half-century. Then, two years later, Feere used the year anniversary of the Boston Marathon bombing to question the patriotism of undocumented youth, otherwise known as DREAMers in reference to The DREAM Act.

“It is a troubling thing that our government apparently does not have the capacity to determine whether immigrants to whom it grants citizenship have any allegiance to the United States, considering that some members of Congress are currently working on a way to put illegal aliens into our military,” Feere said in a piece published on the CIS website.

Feere is also an advocate of ending birthright citizenship, a provision in the 14th Amendment that states all born in the United States are automatically granted American citizenship. Anti-immigrant groups have campaigned against this provision for years.

CIS, where Feere has worked since 2002, was founded by John Tanton, a racist visionary who began creating a constellation of groups nearly 40 years ago that today comprise the modern anti-immigrant movement, one that demonizes immigrants and attempts to blame them for increases in crime, infrastructure problems and environmental degradation, to name a few. The group is known to regularly circulate the writings of white nationalists and Holocaust deniers.

But even more damning are the words of its senior leaders.

Following the devastating earthquake in Haiti in 2010, for example, Mark Krikorian, CIS’s executive director opined, “My guess is that Haiti's so screwed up because it wasn't colonized long enough.” (Emphasis his.)

A year later Krikorian wrote, “Well, I’m afraid that in the Islamic world democracy faces the problem of a vicious people, one where the desire for freedom is indeed written in every human heart, but the freedom to do evil.” One of Feere’s former co-workers, Stephen Steinlight, was filmed in 2014 decrying “Obama-style immigration reform,” saying that impeachment for President Obama was not enough “I would think being hung, drawn, and quartered is probably too good for him,” he said.

Feere’s appointment is key to fulfilling the long-term strategy envisioned by Tanton to “secure appointments of our friends" in key government positions to advance rigid immigration restrictions pushed by anti-immigrant activists.

With news of Feere’s appointment, and news earlier this week that Julie Kirchner, former executive director of another Tanton group, the Federation for American Immigration Reform (FAIR) had been appointed to a Customs and Border Patrol (CBP) position, Tanton’s dreams are becoming a reality in Trump’s America.