Alliance Defending Freedom* (ADF) International presented arguments May 16 and 17 before the Inter-American Court of Human Rights, which is part of the Organization for American States (OAS).

Costa Rica asked the court whether its law with regard to domestic marriage and gender identity violates international law. Costa Rica does not recognize marriage equality nor does it allow name changes for transgender individuals. 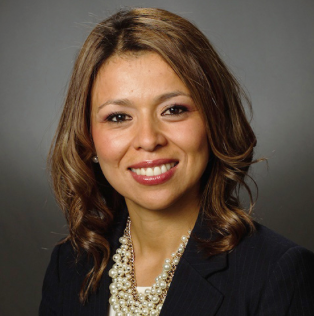 The OAS, founded in 1948, is the world’s oldest regional organization. It is comprised of 35 independent states of the Americas and is the premier regional forum for political discussion, policy analysis and decision-making in Western Hemisphere affairs. It is designed to promote economic, political and military cooperation among its members, under the Charter of the United Nations.

ADF holds OAS accreditation, which allows its attorneys to attend meetings and debates and help influence policy. The organization has been active in Latin America for years in attempts to curtail LGBT equality and reproductive rights.

In 2011, for example, ADF attorneys filed an amicus brief in the case of a Chilean judge (Karen Atala Riffo v. Chile), who divorced her husband, another judge, and came out as a lesbian. A Chilean court ruled that she give up custody rights of her children because her lesbian relationship was, the court claimed, putting her children “at risk.” She appealed to the Intern-American Court of Human Rights, which eventually ruled in 2012 that the Chilean government pay her restitution.

intervened in this matter as a third party and presented oral arguments before the court in San Jose, Costa Rica.

American Family Association* (AFA) continues its war on Target stores with a boycott. On May 23, AFA president Tim Wildmon said in an action alert that he personally delivered 500,000 #BoycottTarget signatures to Target headquarters in Minneapolis where he also spoke with company executives and urged them “to end this boycott by protecting women and children in their stores.” He also posted video in which he discussed what happened. 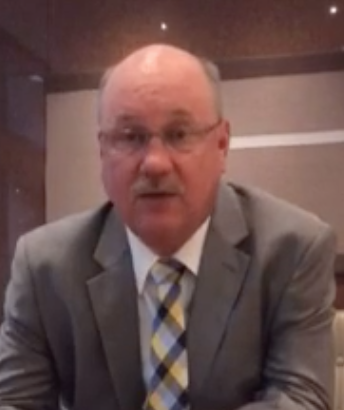 Wildmon said that the executives were gracious and respectful but rejected AFA’s offer.

AFA has been boycotting Target since April 2016, claiming that the store endangers women and children because of its inclusive policies, which include allowing trans people to use restrooms and dressing rooms in accordance with their gender identities. Like other anti-LGBT groups, AFA pushes the false and damaging claim that allowing trans people to use public restrooms and facilities in accordance with their gender identities will open the door to sexual predators in those facilities used by ciswomen.

AFA and other anti-LGBT outlets have claimed that the boycott is causing Target profits to drop. That claim was debunked at Snopes, which noted that many brick-and-mortar retailers are experiencing slumps in profits because of online competition, and that Target, among other stores, have been faced with this difficulty.

One of the tactics AFA employs is to call for boycotts of companies they disagree with — often those that support a so-called “homosexual agenda” (an anti-LGBT conspiracy theory) if a company happens to support LGBT events, organizations, and employees. AFA launched a boycott of Home Depot in 2010 but suspended it in 2013 with little to nothing to show for it, as Home Depot didn’t change any of its policies.

The Family Research Council* is gearing up for its 2017 Values Voters Summit, scheduled for Oct. 13-15 in Washington, D.C. FRC sponsors the event, as do American Family Association* (AFA Action);  Christian Healthcare Ministries; American Values (headed by longtime Christian Right activist Gary Bauer); Association of Mature American Citizens; and the Center for Christian Statesmanship, which is on Capitol Hill in Washington, D.C. and purports to train present and future leaders in evangelicalism and statesmanship.

Co-sponsors include the Heritage Foundation and United in Purpose, an organization that has been backed by Silicon Valley venture capitalists in an attempt to datamine and mobilize more conservative Christian voters to “change the culture,” presumably in accordance with a more Christian theocratic worldview.

The Values Voters Summit was, according to the website, founded in 2006 “to provide a forum to help inform and mobilize citizens across America to preserve the bedrock values of traditional marriage, religious liberty, sanctity of life and limited government that make our nation strong.” The gathering often brings in political leaders or candidates as speakers (presidential candidate Donald Trump and vice-presidential candidate Mike Pence spoke at it last year) as well as other prominent conservative or far right voices such as Brigitte Gabriel (president of the anti-Muslim group Act! for America*).

Gabriel has been tapped to speak again this year, but she has yet to be confirmed. Others who have been invited but have not confirmed include Ambassador Nikki Haley, President Trump, Speaker of the House Paul Ryan, Trump officials Kellyanne Conway and Sebastian Gorka, Senate Majority Leader Mitch McConnell, Texas governor Greg Abbott, actor Chuck Norris, anti-choice activists Lila Rose and David Daleidan, reality TV star Phil Robertson and former representative Michele Bachmann. Currently, out of 51 invited speakers, 7 have confirmed.

FRC Radio roundup: FRC president Tony Perkins does a daily radio show, “Washington Watch.” Guests May 15- May 25 have included Rep. Marsha Blackburn (R-TN); Campus Reform correspondent Nicholas Hamilton; Rep. Kevin Cramer (R-ND); East Baton Rouge Sheriff Sid Gatreaux; Rep. Francis Rooney (R-FL); Texas lieutenant governor Dan Patrick; Rep. Barry Loudermilk (R-GA); Breitbart writer John Hayward; Ryan Mauro of the anti-Muslim Clarion Project*; Sen. Jim Inhofe (R-OK); former CIA director James Woolsey; Media Research Center’s director of media analysis Tim Graham; Rep. Jody Hice (R-GA); and Denton County (Tex.) Sheriff Tracy Murphee, who blamed the recent terrorist bombing in Manchester, England, on a “lack of guns” and open borders. Last year, Murphee suggested he would beat a trans woman if she attempted to use a women’s restroom. He was a candidate for sheriff at the time.  He later walked his statement back, and said it was wrong of him to post that on Facebook and that he would not assault someone “without cause.”

The National Organization for Marriage (NOM) has posted a new short video that calls on Attorney General Jeff Sessions to “to issue comprehensive rules to protect the religious liberty of people who support marriage, life and the truth of gender and ensure we are not targeted by the federal government because of our views,” according to a NOM email written by Frank Schubert, NOM’s National Political Director.

The video, which appears to be a response to President Trump’s recent executive order with regard to “religious liberty,” claims that people with religious beliefs are going to be discriminated against if Sessions doesn’t provide stronger rules. Christianity Today reported that the order did not answer most evangelicals’ prayers.

Especially prevalent in the video are references to Christians being targeted by the federal government for being anti-LGBT, a common persecution narrative (however untrue) that the anti-LGBT right pushes in its attempts to justify anti-LGBT discrimination.

With gains in LGBT equality, the persecution myth often claims that LGBT rights will lead to the criminalization of Christianity. Many stories peddled by the anti-LGBT right to allegedly demonstrate instances in which Christians were discriminated against as a result of opposition to homosexuality or marriage equality have been debunked.

Pastor Rick Joyner of Morningstar Ministries will be hosting a gathering in Fort Sill, S.C. held by the religious right organization POTUS Shield, part of the dominionist Pentecostal wing of American Christianity who have declared Trump anointed by God and now try to “shield” him with organized prayer efforts. The gathering is slated for Aug. 17-19. 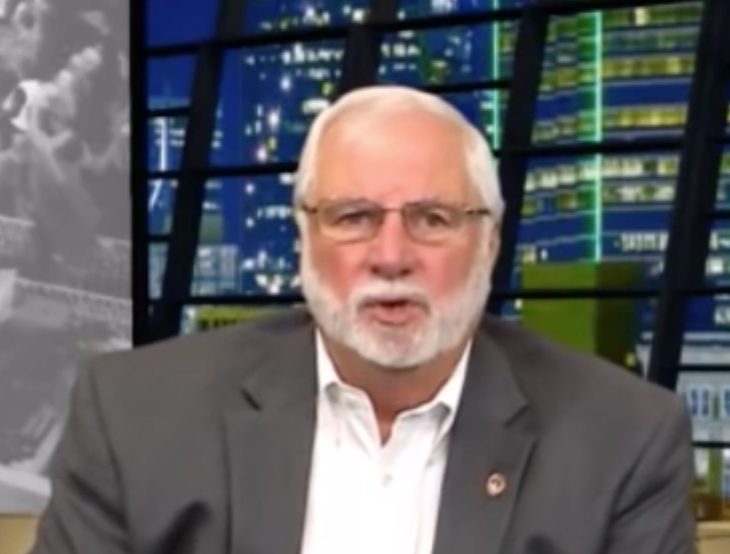 Joyner has a history of anti-LGBT sentiment. In 2011, he claimed that Hurricane Katrina was “God’s judgment” against homosexuality because the storm hit the city just before the “Southern Decadence” LGBT event held every Labor Day weekend. Nearly 2000 people in and around New Orleans and along the Gulf Coast died as a result of the hurricane. In 2015, Joyner claimed that homosexuality is “quickly and profoundly desolating the moral fabric of Western civilization.”

POTUS Shield, like other Christian dominionists, hopes to install a Christian theocracy in the United States by taking over all aspects of culture.

Those involved in POTUS Shield include Lt. Gen. (ret.) Jerry Boykin, executive vice president of the Family Research Council* and Harry Jackson, who co-wrote a book with FRC president Tony Perkins in 2008. Alveda King, the niece of Martin Luther King, Jr., is also involved. King has a long history of anti-LGBT and anti-choice activism.

Joyner is also president of the Oak Initiative, another arm of the dominionist New Apostolic Reformation (NAR) which calls for Christian control of virtually every aspect of culture and politics. The board includes FRC’s Boykin, Janet (Folger) Porter of Faith2Action* and Lance Wallnau (considered the architect of “Seven Mountains” dominionism, which claims that Christians are mandated by God to take over every aspect of culture. Wallnau is also part of POTUS Shield.