Brick by brick, anti-LGBT hate group Alliance Defending Freedom (ADF) has worked to erect barriers to LGBT equality for over two decades, under the claim that a “homosexual agenda” will destroy Christianity and society.

The group has actively supported the criminalization and re-criminalization of homosexuality in the U.S. and abroad. They have defended state-enforced sterilization of transgender individuals in Europe. And through legislative and case law efforts, they have fought to take away hard-won LGBT rights under the guise of “religious freedom.”

Despite its commitment to pursuing justice for all Americans, the Department of Justice (DOJ) under Attorney General Jeff Sessions has in recent months capitulated to ADF’s discriminatory logic in more than one instance. In June, Sessions gave a widely criticized closed-door speech to the group in which he extolled the United States’ commitment to “religious freedom” and forecasted that the DOJ would soon be issuing guidance on “religious liberty.” Both of those phrases, while nominally referring to the cherished freedom given to all Americans by the Constitution, have increasingly been used to justify discrimination against the LGBT community in the public sphere.

In the remarks leaked after-the-fact to the rabidly partisan site The Federalist, Sessions thanked the anti-LGBT hate group for its “important work” “to uphold and protect the right to religious liberty in this country.” Later in the speech, he said:

“We will not require American citizens to give intellectual assent to doctrines that are contrary to their religious beliefs. And they must be allowed to exercise those beliefs as the First Amendment guarantees.”

If one considers the established right of LGBT individuals to marry a “doctrine,” the Department of Justice last week made good on Sessions’ remarks. The department filed an amicus brief — an unusual move — in the case Masterpiece Cakeshop v. Civil Rights Commission, in support of Colorado baker Jack Phillips. In 2012, Philips refused to create a wedding cake for same-sex couple Charlie Craig and David Mullins on the basis of his religious beliefs. The case heads to the Supreme Court in the fall. 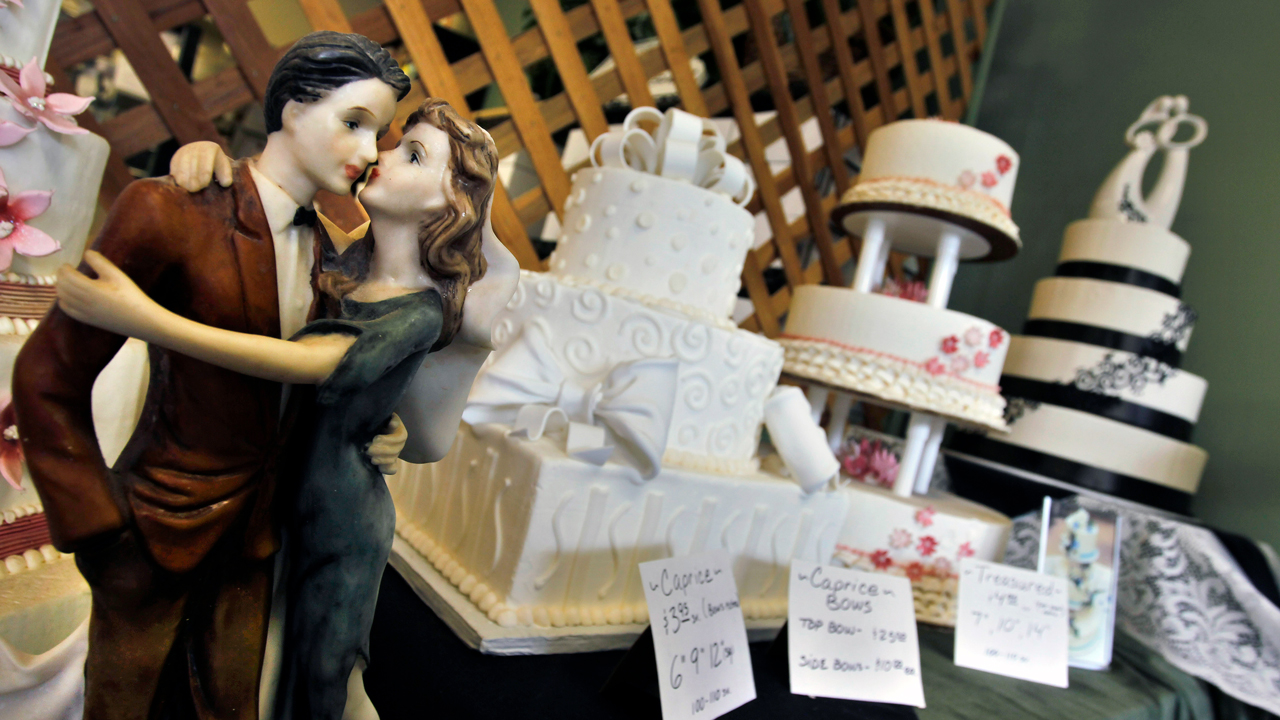 The brief from the Department of Justice argues that the state of Colorado, by compelling “Phillips to design and create a custom wedding cake for a same-sex couple, if he would do the same for an opposite-sex couple,” intrudes on Philips’ First Amendment rights to free speech as well as freedom of religion:

A custom wedding cake is a form of expression, whether pure speech or the product of expressive conduct. It is an artistic creation that is both subjectively intended and objectively perceived as a celebratory symbol of a marriage. In addition, the law compels Phillips to participate, through his creative expression, in an expressive event. Weddings are sacred rites in the religious realm and profoundly symbolic ceremonies in the secular one. And within the context of a celebration imbued with such meaning, the cake-cutting ceremony is itself an iconic ritual. When Phillips designs and creates a custom wedding cake for a specific couple and a specific wedding, he plays an active role in enabling that ritual, and he associates himself with the celebratory message conveyed.

The Supreme Court has, according to Slate writer Mark Joseph Stern, “never held that for-profit businesses have a free speech right to discriminate against anybody.”

In its brief, the Justice Department attempted to distinguish between discrimination based on race from discrimination against same-sex marriage by holding “the [Supreme] Court has not similarly held that classifications based on sexual orientation are subject to strict scrutiny or that eradicating private individuals’ opposition to same-sex marriage is a uniquely compelling interest.”

Similarly, the department filed an amicus brief earlier this year in a New York federal case arguing that the 1964 Civil Rights Act, which forbids workplace discrimination based on “race, color, religion, sex or national origin,” does not apply to sexual orientation. That brief was filed on July 26 — the same day President Trump tweeted his intentions to ban transgender individuals from serving in the military.

Despite President Trump’s campaign promise to “fight” for LGBT Americans, his campaign and his administration have galvanized the anti-LGBT right.

With the appointment of officials with long track records of discrimination against LGBT individuals like Mike Pence and Betsy DeVos; the selection of Neil Gorsuch for Supreme Court; the refusal to recognize June as LGBT month; the Census Bureau’s decision not to ask about sexual orientation and gender identity; the ban on transgender military; and other actions both rhetorical and political, President Trump and his administration have thrown plenty of bait to those against LGBT rights.

Now the Justice Department is siding with an anti-LGBT hate group in a case headed for the Supreme Court — a case that has the potential to tip the scales of justice away from equality for all Americans.