A Baltimore attorney provided shadow legal representation to an extremist named in a lawsuit that implicates the white supremacists who descended on Charlottesville, Virginia, in August 2017 in stoking violence, leaked emails show.

Glen Allen, a lawyer Hatewatch identified in 2016 as paying dues to the neo-Nazi group National Alliance, provides what appears to be legal advice to Michael “Enoch” Peinovich in the emails Hatewatch reviewed, despite never formally appearing as counsel in the case. In 2018, Hatewatch reported on Peinovich’s use of a “shadow” lawyer, and so did other outlets who covered the “Unite the Right”-focused lawsuit, also known as Sines v. Kessler. Peinovich presented himself to the court as being a pro se defendant, meaning he represented his own interests without legal counsel, but others doubted the veracity of this claim. 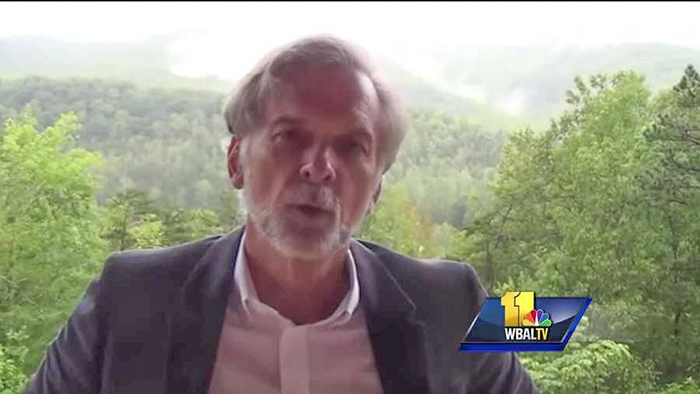 “I don’t know whether the person that is ghostwriting his briefs is full-time or not, but he has got a lawyer,” plaintiff’s attorney Roberta Kaplan told U.S. District Judge Norman K. Moon in a hearing in June 2018.

Allen, the unidentified lawyer Kaplan referenced, paid dues for years to National Alliance, a neo-Nazi group founded by the late William Luther Pierce. (Pierce authored the dystopian racist book The Turner Diaries, which helped inspire the Oklahoma City terror attack in 1995.) In the emails Hatewatch reviewed, Allen advises Peinovich on how best to present his case. In one example, Peinovich says in a Jan. 16, 2018, email to Allen that he wants to ask Moon to take judicial notice of the First Amendment. When someone gives judicial notice in a court, it typically highlights facts that cannot be disputed, such as previous court decisions, or times of day.

“You can do it at any time but it is strictly for factual matters, so it would be insulting to ask the judge to take judicial notice [of the First Amendment],” Allen replies in the emails. “Please don’t.”

Peinovich closes a different email to Allen on the same thread on Jan. 17, 2018, at a little after 1 a.m., offering to send him “some cash or some more Bitcoin.”

“If you provide a template Glen, I would be willing to write a bunch of this stuff myself and then you could help me trim it down. … Let me know how I can send you some cash or some more bitcoin,” Peinovich writes.

Peinovich later apologizes for “sending walltexts,” apparently referring to his long emails seeking input about the case. “It’s late and I’m thinking ‘out loud’ so to speak,” he writes. Allen replies roughly 12 hours later with more legal advice, urging Peinovich to “unload on them,” a seeming reference to the plaintiffs’ lawyers, the emails show:

I was very glad to receive your emails, so don’t ever hesitate to think out loud like that. Everything you said I agree should be put in the new motion to dismiss, to some degree at least. As to format – I would use the basic format we used for the first memo (just save it into a new version), but add a section entitled ‘Summary of Amended Complaint’ where you unload on them for the reasons you mention. Err on the side of inclusion and I will trim down where necessary. But remember – it is fine to be hotly indignant toward these creepy plaintiffs’ lawyers, but be respectful to the court. Plaintiffs want the court to see you as lawless, uneducated, intolerant, violence-prone fanatics who want to bring back Jim Crow and the Holocaust. Don’t play into their hands; lambast the plaintiffs but don’t wander too far from the high road of principle.

As part of its efforts to confirm the authenticity of the emails, Hatewatch matched their time stamps to events related to the Sines v. Kessler lawsuit. Additionally, the emails contained a Microsoft Word document labeled “Peinovich Motion re Elctronic [sic] Filing (1).docx.” Metadata shows that the document was created on Nov. 30, 2017. Lawyers filed the suit in early October 2017 – a little over a month earlier.

Peinovich, a Holocaust-denying podcaster who has a penchant for organizing clandestine meetings of white supremacists, told his listeners in the runup to the “Unite the Right” rally in August 2017, “Do what you need to do for security of your own person, at this point. … We don’t want [counterprotesters] to have the impression – that we are going to be showing up there, unarmed … that is not the case.” Others who espouse Peinovich’s ideology clashed with Charlottesville residents and counterprotesters on Aug. 12, 2017, in defense of a monument to Confederate general Robert E. Lee, which authorities ultimately removed earlier this year. Neo-Nazi James Fields rammed his car into a crowd of antiracists on Aug. 12, 2017, murdering a woman named Heather Heyer and injuring many others.

Although other “Unite the Right” attendees named in Sines v. Kessler face trial in the case starting on Oct. 25, Moon dropped Peinovich’s name from the case in 2018. Moon made the decision after Peinovich argued his case through Allen’s apparent assistance. As a result, he spared Peinovich a potentially significant financial burden. The use of shadow lawyers is controversial, especially in federal courts, although not strictly prohibited in Virginia.

In recent years, Peinovich has organized with a self-described political party and has also collaborated with the white supremacist group Patriot Front. Hatewatch has also reported on the degree to which his associates have collaborated with the pro-Kremlin propagandist Charles Bausman. He sent a cease-and-desist letter to the Southern Poverty Law Center (SPLC) in 2019, following Hatewatch questions about a leaked video showing him giving a Hitler salute at a private “book burning” event hosted by his organization.

The person who leaked that video and six other sources who have leaked information about Peinovich to Hatewatch have described him as behaving like a cult leader. Hatewatch has identified eight different pseudonymous or anonymous associates of Peinovich’s since 2019, including a man who worked for the U.S. State Department, and now, Allen. Hatewatch reached out to Peinovich through the lawyer who sent us the cease-and-desist request, but did not receive a reply.

A federal appeals court upheld the dismissal of a lawsuit issued by Glen Allen against SPLC in June, claiming defamation over Hatewatch’s article highlighting his ties to National Alliance. The City of Baltimore hired Allen to represent their police department in a lawsuit based around the wrongful arrest of a Black man but terminated his contract following the publication of that reporting. Hatewatch reached out to Allen for this story, but he did not respond.

The non-profit civil rights group Integrity First for America (IFA) backs the lawsuit against the “Unite the Right” defendants. Executive director Amy Spitalnick told Hatewatch that Peinovich’s use of a ghost lawyer with links to National Alliance did not surprise her.

“The white supremacists responsible for ‘Unite the Right’ have tried every trick in the book to avoid accountability for their violence. Our case is about holding them to account,” Spitalnick said.