A propaganda banner hung by members of white nationalist group Patriot Front burst into flames and fell into traffic lanes on Interstate 35 near Sanger, Texas, on May 21, 2021, according to an arrest report and 2022 leaks of Patriot Front chats, documents and media.

Sanger Police Department officers arrested Austin J. Amato, 23, then of Fort Worth, Texas, and Tristan M. Yeager, 22, then of Haslet, Texas, on deadly conduct charges in relation to the incident, according to an arrest report. The report alleges that officers saw the banner catch fire and fall onto the roadway. The Sanger Fire Department helped extinguish the blaze.

The failed banner drop is the latest in a string of incidents in which alleged Patriot Front activities have presented a danger to public safety. On June 11, police in Coeur D’Alene, Idaho, arrested 31 members of the group including leader and founder Thomas Rousseau when the group attempted to counterprotest a Pride event in the city.

Hatewatch previously reported on a February 2021 auto crash that killed one member of the hate group and hospitalized six others including Patriot Front leader and founder Thomas Rousseau, whose injuries required emergency surgery.

While antifascist activists pointed to the Sanger arrests on social media, Hatewatch used public records to provide a more complete account of the danger that the Patriot Front propagandists’ actions posed to public safety.

According to the arrest report, two Sanger police officers – Sgt. Tony Tullos and Officer Ian Concepcion – were dispatched to a pedestrian bridge over Interstate 35 after a caller said they “saw people on top of the cage of the pedestrian bridge … [and] some kind of sign hanging from the bridge with flares on it.” 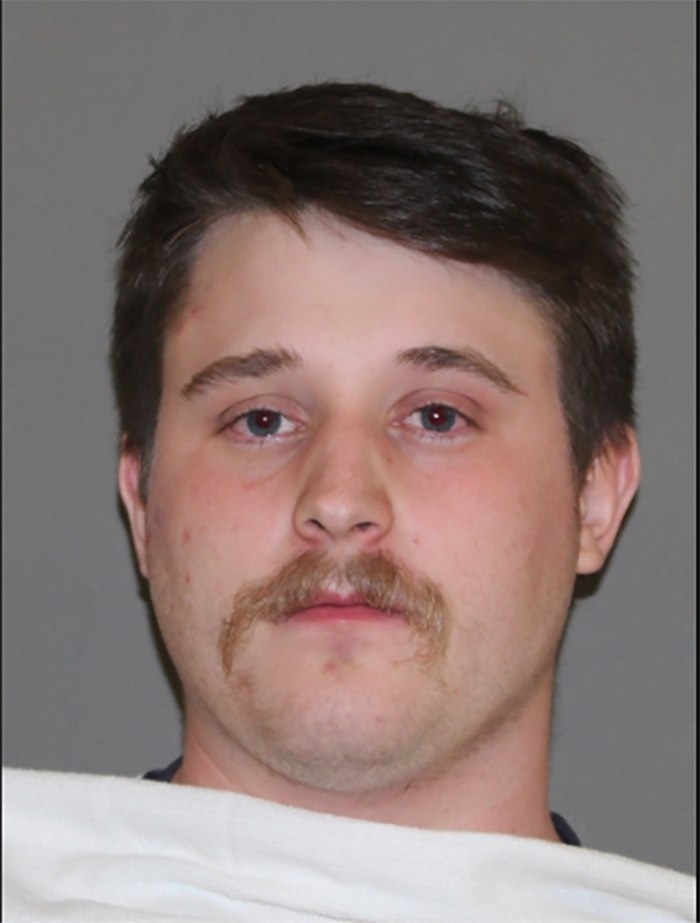 In the report, Tullos said that he saw a red Chevy Equinox and “had the driver exit the vehicle and asked for identification.” A Texas driver’s license identified him as Austin James Amato.

Tullos added in the report that Amato claimed to be waiting for friends but refused to name them or their purpose in being on the scene, and repeatedly asked for a lawyer. Tullos then “observed there was a sign up on the pedestrian bridge, and it was originating fire.”

Concepcion had a closer perspective on the fire, according to the arrest report, and saw “the banner on the bridge begin to catch fire, and part of it fall onto the northbound lanes of traffic of I-35.”

Concepcion then “placed Austin Amato under detention and quickly ran up the bridge to the banner” to try to put out the fire, according to the arrest report.

Concepcion retrieved the banner, and both officers allege that it was a canvas sign bearing the slogan “Victory or Death Patriot Front US.”

The same slogan has appeared in photos published by Patriot Front in its propaganda channel on the social media and messaging platform Telegram, which is popular with right-wing extremists. 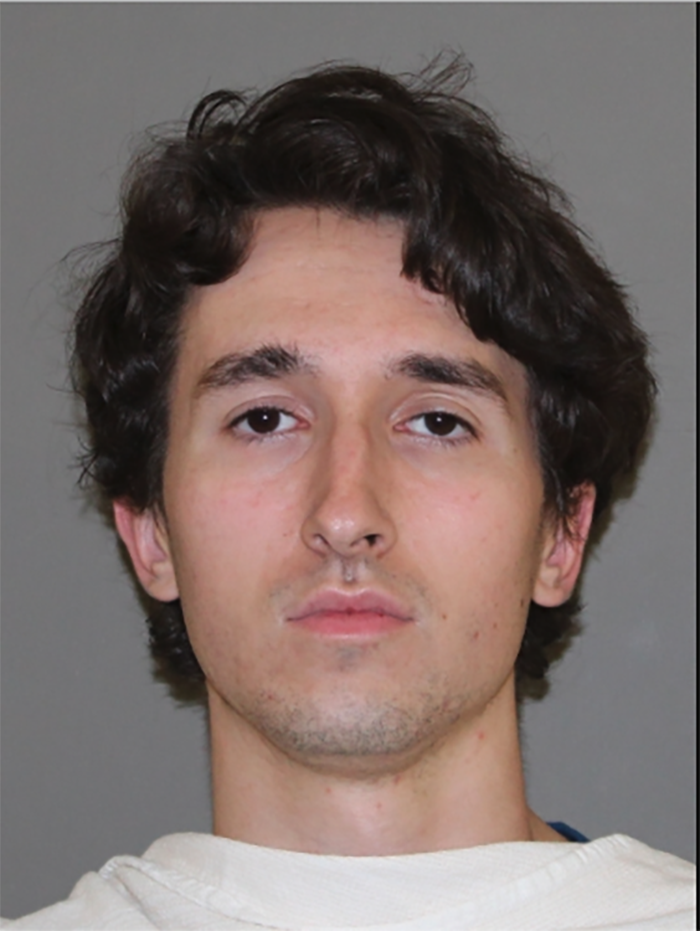 While Concepcion was dealing with the burning banner, according to the arrest report, Sgt. Tullos questioned Amato’s passenger, whom he identified as Tristan Yeager.

In the arrest report, the officers say that a search of the vehicle produced “several flares, cardboard cutout stencils, paint rolls, a paint can, and two white paint bottles,” all of which were a visual map for the banner on the overpass.

The Denton County District Attorney’s Office did not respond to Hatewatch’s request for information about the status of the case.

Hatewatch contacted Austin Amato by telephone for comment, but he abruptly ended the conversation after the reporter announced himself. Tristan Yeager’s limited online footprint suggests that he has taken deliberate steps to prevent contact. Hatewatch requested comment via emails and phone messages to his parents, but there was no immediate response.

Hatewatch corroborated the identification by reviewing videos of Patriot Front training drills in Texas, which were part of a cache of documents, chats and media leaked to and published by the journalism collective Unicorn Riot in January. In the video, Patriot Front leader Thomas Rousseau addresses one of the men gathered for the event as “Adam.” Hatewatch compared the footage of “Adam” with Amato’s mugshot from the Sanger arrest, and they appear to be the same person.

Antifascist researchers also claimed that Amato took part in a group networking trip to Europe in 2019. Patriot Front members on this trip reportedly took part in rallies organized by the Nordic Resistance Movement in Sweden and National Radical Camp in Poland, and visited the CasaPound compound in Italy.

Nordic Resistance movement is a “fanatically antisemitic” neo-Nazi organization that operates across the Nordic countries and calls for the violent overthrow of Scandinavian liberal democracies. Its members have been involved in terrorist bombing campaigns and trained with the Russian Imperial Movement, a group defined as Specially Designated Global Terrorists by the U.S. State Department. CasaPound is an Italian neo-fascist organization whose members have engaged in anti-immigrant violence. National Radical Camp is a Polish neo-fascist organization that promotes antisemitic, anti-immigrant and anti-LGBTQ views in often-violent rallies.

Hatewatch corroborated Amato’s travel to Europe by reviewing leaked chats from the Unicorn Riot cache. In the chats, “Adam TX” messages fellow members repeatedly about his participation in a Patriot Front trip to Europe. He further claims that they interacted with members of nationalist groups during the trip, naming Nordic Resistance as one of the groups.

Antifascist researchers also linked Yeager to Patriot Front in February on the basis of two pieces of evidence from the Unicorn Riot cache of leaked Patriot Front materials. One is a copy of an auto insurance card containing Yeager’s name and a Haslet, Texas, address. Another is a photograph in a leaked Patriot Front document identifying a man as “Michael TX” who appears to be the same person depicted in Yeager’s mugshots from the Sanger arrest.

Morris was arrested again at a Patriot Front flash march in Couer D’Alene, Idaho, according to Kootenai County jail records, at which time he provided the Haslet address to arresting officers.

Patriot Front is a white nationalist hate group formed in 2017 after the deadly violence at the “Unite the Right” rally in Charlotteville, Virginia. Led by Rousseau, Patriot Front’s national network of chapters use rallies, racist flyering and banner drops to promote the group’s hateful ideology.

Previous Hatewatch investigations established that in 2021, Patriot Front leaders coordinated the destructions of 29 murals and memorials that celebrate Black life, LBGTQ pride, Mexican-American culture and Hmong culture; and that approximately 1 in 5 Patriot Front recruits claim to have military experience.