A former Republican congressman and a current GOP congressional candidate are expected to join several prominent white nationalist propagandists and a former Klan lawyer in November at one of the longest-running annual white supremacist gatherings, Hatewatch has learned. 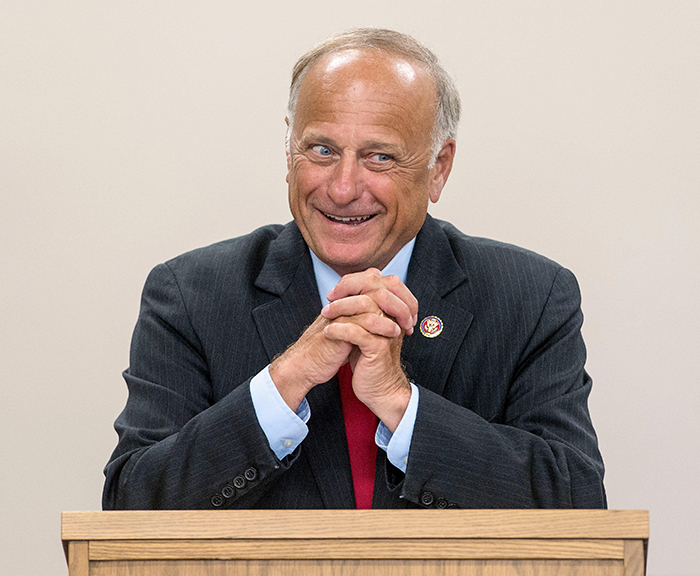 The event, which takes place each year at a state park 35 miles outside of Nashville, Tennessee, has served as a haven for neo-Nazis, white nationalists, Klansmen and other prominent figures in the American and international racist right throughout the years. American Renaissance is a self-described “race-realist, white advocacy organization” founded in 1990 whose staffers include admirers of terroristic literature.

Hatewatch reached out to Loomer, King and American Renaissance head Jared Taylor via email for comment. Loomer and Taylor did not reply.

Following this article's publication, however, Loomer verified her participation in the conference on the app Telegram, noting that she was “proudly speaking” at the event and saying the SPLC could “go to hell.” She referred to Taylor specifically as a “wonderful person” and noted that she “will never disavow my friends.”

Steve King gave this email response when Hatewatch contacted him for comment on this article.

When reached by email, King declined to answer Hatewatch's comments regarding the event. Hatewatch has decided to publish his comment in full on DocumentCloud.

Both Loomer and King have come under scrutiny for their ties to the racist right. In January 2019, House Republican leaders stripped King of his committee assignments following comments he made to The New York Times asking, “White nationalist, white supremacist, Western civilization – how did that language become offensive?” A year later, at the 2020 Conservative Political Action Conference (CPAC), King blasted the “politically correct police all over the planet” for “deciding what we can say … and assigning us belief systems,” Hatewatch previously reported.

“We can restore this country. We can do it with our babies, and we can do it with our values,” King told the crowd of extremists. His comments were an apparent reference to a prior statement from 2017 that critics interpreted as an endorsement of white nationalist ideology. 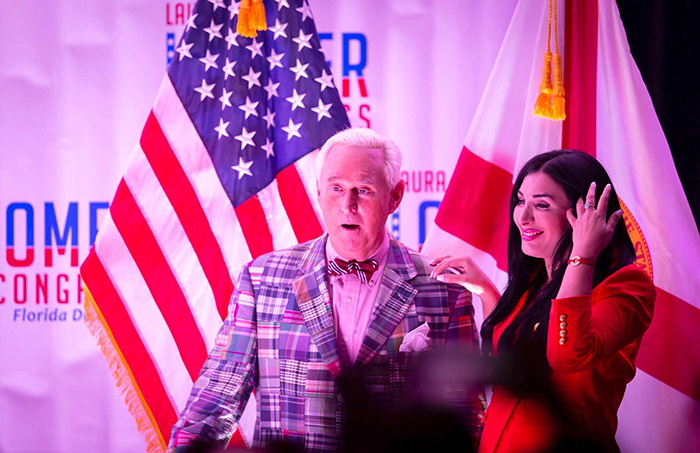 Loomer is an anti-Muslim bigot and conspiracy theorist who has collaborated with a range of hard-right political operatives, including Jack Posobiec, Mike Cernovich, Roger Stone and Nick Fuentes. She is running against Republican incumbent Daniel Webster for the U.S. House of Representatives in Florida’s 11th District, which encompasses several conservative strongholds north of Tampa. The 11th District’s primary election date is set for Aug. 23.

Loomer has sought to distance herself from certain wings of the racist right, referring to herself as an “American nationalist” and “Zionist.” However, Loomer told a white supremacist podcaster in 2017 that she was “pro-white nationalism,” according to the blog Angry White Men.

King’s expected appearance would mark the first time a former federal lawmaker has addressed an American Renaissance gathering since Jared Taylor, the organization’s longtime leader and a prominent ideologue on the racist right, began hosting conferences in 1994.

In 1996, Taylor invited Frank Borzellieri, who was elected to the District 24 School Board in Queens, New York, in 1993. Among Borzellieri’s campaign promises was a vow to “end taxpayer funding of anti-American multicultural books and materials in our schools and libraries,” according to a January 1996 article on American Renaissance’s website. (Queens, the borough of New York that Borzellieri represented, has been called one of the “most diverse places on Earth.”)

Borzellieri also ran two unsuccessful campaigns for New York state assembly in 1994 and New York City Council in 1997. He served a brief tenure from 2009 to 2011 as a principal at a Catholic school in the Bronx after a local news report exposed his ties to the racist right.

Editor's note: After this article's publication, Laura Loomer posted a response on the Telegram app. We have added a summary of her comments.

Photo illustration of Steve King and Laura Loomer by SPLC