The head of one of the nation’s most well-known antigovernment militias, the Three Percent Security Force (IIISF), is taking a lead role in organizing far-right rallies in all 50 U.S. state capitals this Saturday, Feb. 23.

Chris Hill, IIISF’s leader, is trying to coordinate what he has titled “Protest Your Redress of Grievances on All State Capitals” events.

Hill’s idea to organize the state-level protests came from an upcoming rally in Washington, D.C., also scheduled for Feb. 23 and originally organized by a shadowy organization called the American Defence Force (ADF). ADF's D.C. event was the brainchild of far-right figure Marjorie Taylor Greene, who once claimed in a Facebook video posted four days after the 2017 Las Vegas massacre that the shooting was an act designed to justify mass gun confiscations and “control the people.”

The D.C. event’s description included calls to “Build the Wall!” and “Stop the illegal invasion and fix the broken immigration policies! End Catch and Release!”

In recent days, according to a Feb. 10 Facebook post from Greene, the main sponsoring organization switched from the ADF to the American Border Foundation, which promotes President Trump’s vision of building a wall along the entire U.S. border with Mexico.

Hill, piggybacking off of Greene’s event, is attempting to take this message nationwide, along with his own antigovernment agenda, which he listed on an event flyer.

In addition to making demands such as “No ID = No Voting” and “Make English the National Language,” it also includes ending the Federal Reserve, the Internal Revenue Service and the Bureau of Alcohol, Tobacco, Firearms and Explosives – institutions often despised and attacked by antigovernment extremists. 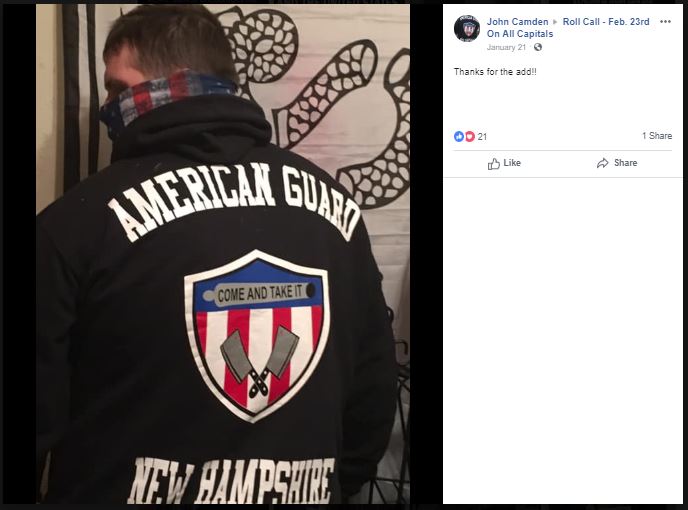 Most of his organizing has been online so far, creating a public Facebook group that has 3,268 members at the time of this article’s publication. He has also created Facebook event pages for each state, and under his secondary account “Sheldon Hill,” he is recruiting local points of contact to lead event planning on the ground, and appears to be personally assisting in organizing the Georgia state rally.

The extremism of Chris Hill

Hill is one of the most well-known leaders within the Three Percenter movement. In a Feb. 19 post on the Facebook page for his Feb. 23 event, he praised J.T. Ready, a deceased former member of the neo-Nazi National Socialist Movement. “I echo JT Ready at every event,” Hill wrote. After leaving the National Socialist Movement, Ready started up an armed nativist paramilitary group called the U.S. Border Guard. In May 2012, Ready murdered his girlfriend, his girlfriend's adult daughter, the daughter's fiance, and the daughter's 15-month-old child before killing himself. In the post he praised Ready's remarks, "I use the 2nd [Amendment] to protect the 1st [Amendment]," and linked to a video that suggested Ready's death was a conspiracy by the federal government. 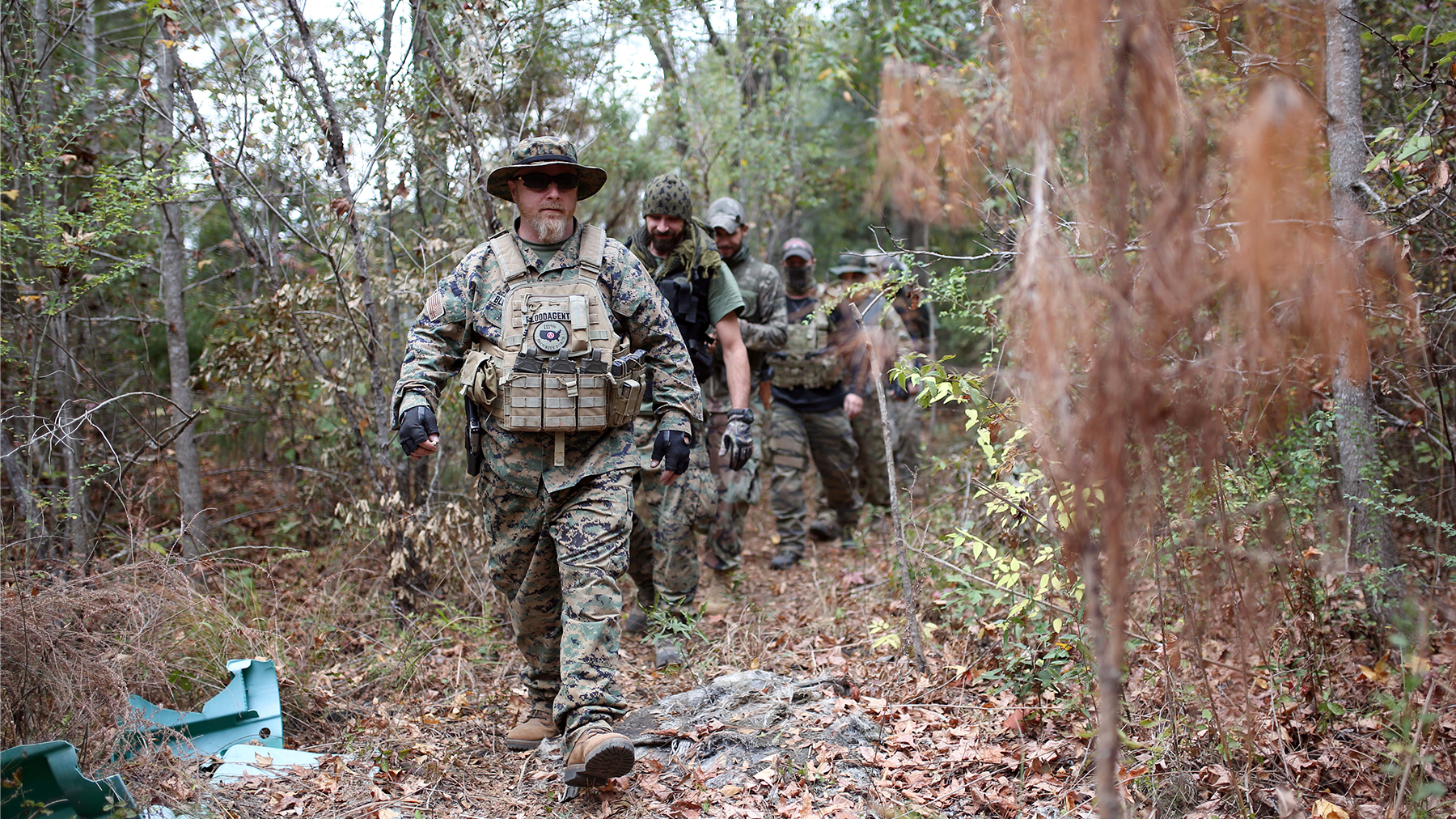 Chris Hill, who goes by the name General Bloodagent, conducts a drill with his militia group in November 2016. (Photo by Mohammed Elshamy/Anadolu Agency/Getty Images)

Hill led an armed protest against the construction of a local mosque in 2016. During the 2018 midterm elections, he made a video addressed to Stacey Abrams, a former Georgia gubernatorial candidate and African American, calling her a “flag burning, gun grabbing, socialist b----” and saying “we will defend our state from you, f--- you.”

In a Facebook thread from May 4, 2018, an individual identifying himself as Justin Becker, a former IIISF supporter, claimed that IIISF conference calls facilitated by Hill frequently include discussions about “blowing up federal buildings and mosques.”

These extreme views have sometimes translated into violent action. Three men calling themselves “The Crusaders” became synonymous with the Kansas Security Force, a state affiliate of Hill’s group, and were arrested in 2016 for planning a terrorist attack against a local American Somali Muslim community. In 2017, former IIISF member Alex Michael Ramos, 35, was arrested in connection with the gang-style assault of DeAndre Harris, an African American who protested against the “Unite the Right” rally in Charlottesville, Virginia, on Aug. 12, 2017. Ramos was found guilty and given a six-year prison sentence.

Hill has managed to attract a variety of extremists for the Feb. 23 state events, many of whom post photos of themselves in Hill’s main Facebook group as a way of showing their support for the protests. Most of these are supporters of the antigovernment or “Patriot” extremist movement. However, the group also contains a photo posted by John Camden, New Hampshire chapter vice president of the hate group American Guard.

Among them is a Facebook user named “Ricky Wright” whose two accounts are littered with antigovernment and anti-Muslim content. In addition to promoting the Feb. 23 rally in his home state of Nevada, Wright actively promotes a closed far-right Facebook group he belongs to, the Back Woods Survivalist Squad (BWSS), while posting anti-Muslim content.

In a Jan. 13 public post featuring the image of a handgun along with the caption “9mm.or :/ 45,” he tagged a Facebook page called the “Islamic Center of Reno,” which lists the address and phone number of a local congregation, the Northern Nevada Muslim Community Center.

Although Patriot and militia movements are primarily angered by what they perceive as government tyranny, their supporters also often express hostility toward minorities such as African Americans, Jews, immigrants and, in more recent years, Muslims. The rhetoric Hill is using to recruit for this weekend’s events – and his involvement in general – reflects these broader trends currently animating the antigovernment militia movement.