SPLC helps pass legislation allowing Louisiana students to return to public school after being denied enrollment because of their age. 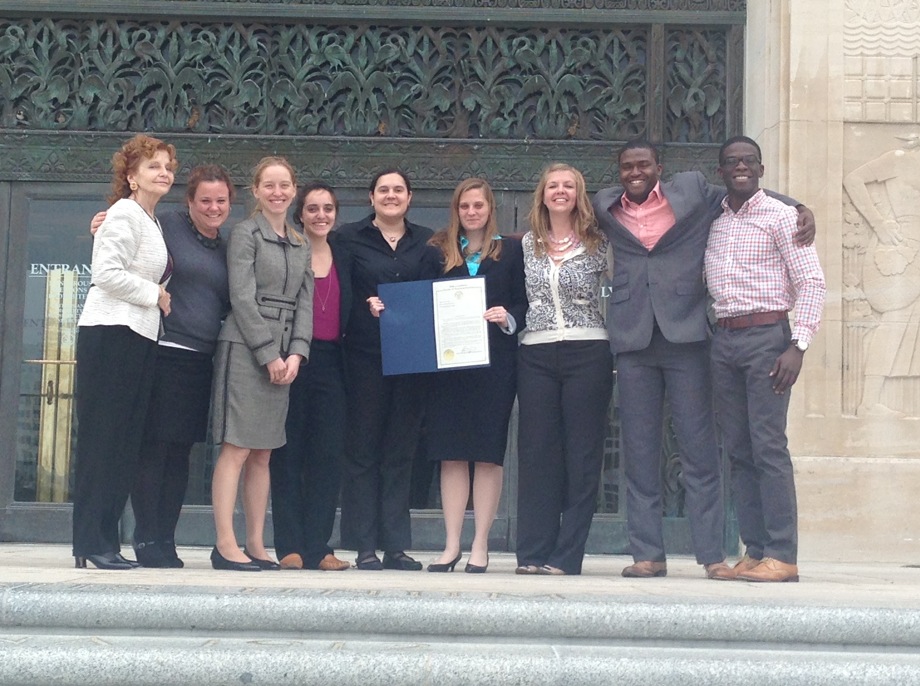 Jessica* was a 10th-grader in a small school district outside of New Orleans when she withdrew from school because she was pregnant.

After having her baby, she wanted to finish high school and get a diploma. But school officials said she was no longer eligible for public school because she was 17, had voluntarily withdrawn and was a parent.

John* faced a similar situation. He had been held back a grade twice – once because of the disruption caused by Hurricane Katrina in 2005 and a second time because of his performance on statewide assessment tests.

Although he was on track to graduate from high school when his family moved back to the New Orleans area in the summer of 2012, school administrators said he wouldn’t be permitted to return to school in Louisiana because he was already 18.

Those of us in the SPLC’s New Orleans office wanted to help Jessica and John. But we quickly learned that Louisiana was one of a handful of states that didn’t  articulate a maximum age for students attending public school.

In fact, kids in Louisiana had no right to stay in school once they turned 18 and were no longer subject to the state’s compulsory attendance law. With 36,000 students being retained a grade each year in the state – frequently due to high-stakes testing – we realized the scope and magnitude of this problem.

Once we drafted legislation, we gathered data, research and client stories to support the campaign. We also identified potential allies and opponents, and we sought assistance from key stakeholders.

Last January, we were able to find three legislators, an unlikely alliance of  Republicans and Democrats, to sponsor the legislation. We were also able to work in partnership with key state and local agencies, as well as children’s advocacy groups, to generate support for the legislation.

With hard work, the legislation gained overwhelming bipartisan support. Both chambers of the Louisiana Legislature passed it without opposition. In June, Gov. Bobby Jindal signed the bill into law.

We are thrilled that this important legislation provides students who want to learn with the opportunity to remain in or return to school, and we look forward to continuing to advocate on behalf of students like Jessica and John.

*Client names have been changed to protect their identities.

Eden Heilman is the managing attorney in the SPLC’s New Orleans office.