At the foot of the bridge over the Rio Grande, Laura turned to Agent Garza. “When I am found dead,” she said, “it will be on your conscience.”

Hours earlier, a police officer had stopped Laura on her way home from work in a car with her cousin Elizabeth. She had no license, no registration — and no visa to be in the United States.

“I can’t be sent back to Mexico,” Laura told Officer Nazario Solis III. “I have a protection order against my ex — please, just let me call my mom and she’ll bring you the paperwork.”

Elizabeth tried to tell the officer about Laura’s ex-husband, Sergio, who had continued to text her even after he was deported to Mexico. He promised he would set Laura on fire if she ever returned.

“You can’t do this,” Elizabeth told Solis. “He’ll kill her.”

It was too late. Officer Solis had already called Border Patrol, setting in motion a chain of events that would make Laura one of an untold number of undocumented immigrants whom federal agents have deported to their deaths.

Sarah Stillman interviewed Laura’s family as part of a Columbia University project to record what happens to people once they’re deported — something no U.S. government body monitors.

As Stillman’s database grew, she wrote in The New Yorker this week, it became clear that many deportees had warned U.S. officials that they would be in danger if they were sent back — like Laura did — only to have their pleas fall on deaf ears. 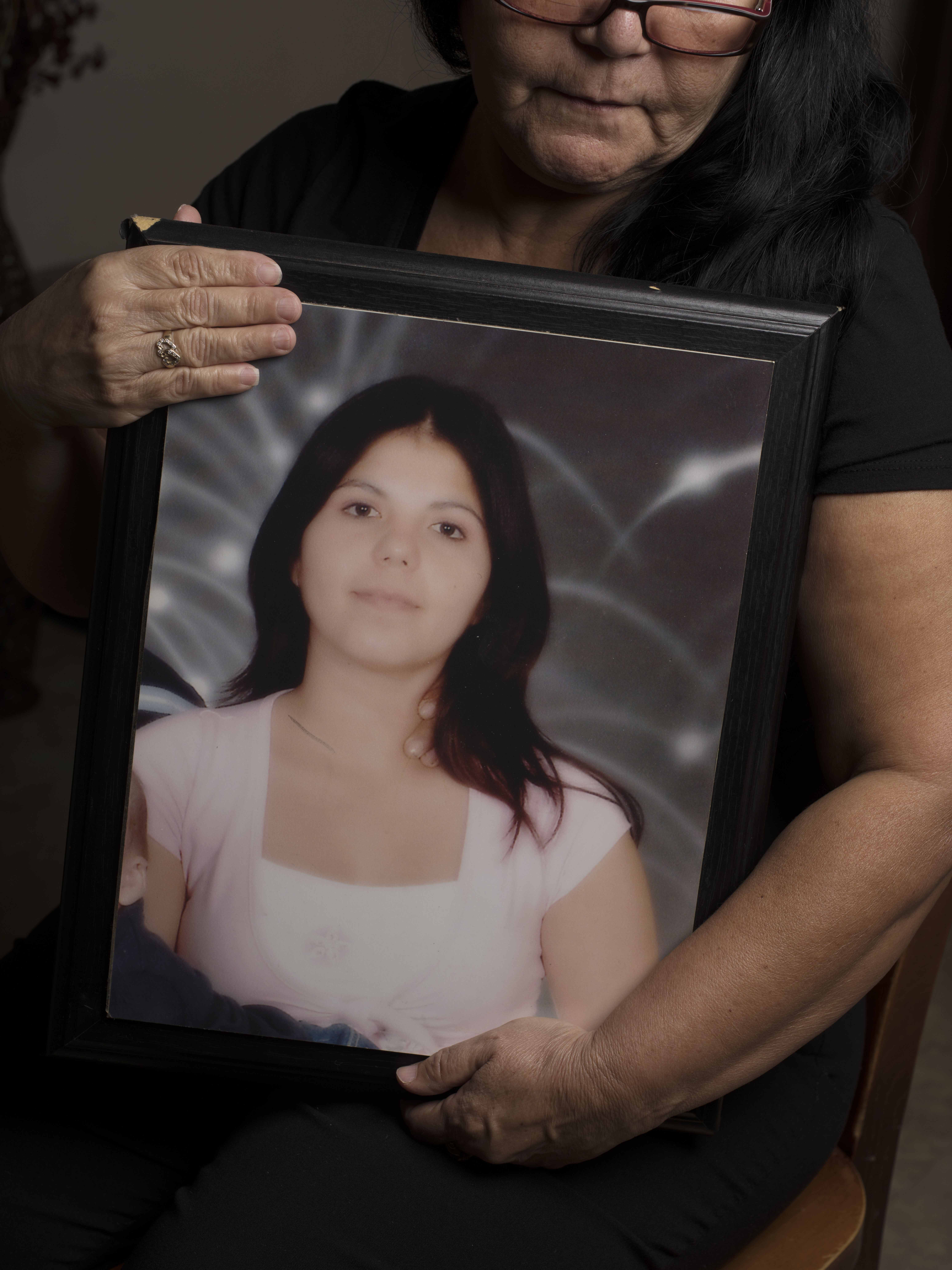 Laura, who lived in Texas, was deported after driving without documentation. She begged not to be sent back to Mexico because her ex-husband, who had been deported, threatened to kill her. “When I am found dead,” she told the officer, “it will be on your conscience.” She was murdered a week after she was deported. Photograph by Carolyn Drake/Magnum for The New Yorker

That is not what is supposed to happen. As Stillman told NPR’s Ari Shapiro this week,

What's supposed to happen — both before international law that we have all agreed to through the United Nations, and through protocols that we came up with after World War II — is that people who present themselves to Border Patrol with claims that they may be killed or harmed if they are sent back to their home countries are supposed to get a shot before an asylum officer, and, if their claims are deemed credible, before an immigration judge.

But our immigration laws have changed quite a bit since 1996, when it was made possible to very instantaneously deport people right back across the border, sometimes without giving them a chance to really make their claims, and certainly without a chance to ever be heard by an immigration judge.

ACLU’s findings are consistent with what the bipartisan U.S. Commission on International Religious Freedom has been reporting for years. Under President Trump, the situation appears to be getting worse, not better.

“The United States is not giving asylum anymore,” Border Patrol agents have told prospective asylum seekers, according to a recent Human Rights First report. “Trump says we don’t have to let you in.”

Stillman says her team talked to “more than a dozen women who say that they were never asked the required questions, or were ignored, mocked, or even sexually propositioned by U.S. agents after expressing their fears — and then deported to harm.”

That’s what happened to Laura, whose body was delivered to her mother just one week after she was deported to Mexico. She had been strangled, doused in gasoline and set on fire. Sergio confessed to her murder.

Since 2008, the United Nations reports that asylum seekers from El Salvador, Honduras and Guatemala have increased fivefold, but this week the Trump administration announced that it is ending temporary protected status for 200,000 people from El Salvador.

"I don’t want to take my daughter, none of my kids, to a violent environment,” Christian Chavez Guevara, who has lived in the U.S. with temporary protected status for 17 years, told Salon’s Amanda Marcotte.

But now, many may have to. That’s one reason we’re providing pro bono legal representation for detained immigrants at three detention centers in the Southeast: We know that for many of them, removal proceedings are a matter of life or death.

Before Laura’s deportation, she had been planning a party for her 23rd birthday. Her family honored the invitations and used the date for her funeral instead. Laura’s mother, who now raises Laura’s three sons, told Stillman that the oldest has asked twice when she is coming back.

“Remember where we left her?” she says she explained. “We left her on the other side of the border.”

P.S. Here are some other pieces that we think are valuable this week:

SPLC's Weekend Reads are a weekly summary of the most important reporting and commentary from around the country on civil rights, economic and racial inequity, and hate and extremism. Sign up to receive Weekend Reads every Saturday morning.

Photograph by Carolyn Drake/Magnum for The New Yorker.