Still, a chaplain’s assistant offered to take Parker out to eat en route to a transitional housing center in Birmingham.

“When I went to prison, with $23 you could buy five bags of groceries,” Willie said. “But this man spent $23 on one little plate for me.”

Willie and the chaplain’s assistant ordered barbecue ribs, French fries, slaw and iced tea. Willie ate until he was full.

He also called a trio of friends, including Archie Hamlett, who also spoke to the SPLC for this series. All had been released after successfully fighting to have their life-without-parole sentences reduced.

In 1983, when he was 29, a jury convicted him of robbing a motel in Demopolis, Alabama. (He grabbed some cash from the front desk and ran for it, he said.) A Marengo County judge sentenced him under the Habitual Felony Offender Act, in part because he had also pleaded guilty to stealing a cigar box containing $100 in cash and $4 in food stamps from a store counter in 1977. His other prior convictions were for burglary and forgery.

Willie, who is deeply faithful, said he questioned God when he arrived at prison. “I said, ‘I ain’t killed nobody, I ain’t hurt nobody or nothing. But I got to do the rest of my life in prison? You can’t manipulate God. So, I started to change. I know what got me in prison — I had the three uns. I was uneducated, un-financed and un-mature. And so I said, I got to change this if I ever want to walk the street again. I said, man ain’t going to do it. God’s going to have to let me out of this prison.”

He decided to get into a faith-based program, even though he knew doing so wouldn’t help him get parole. That was impossible given his sentence. Instead, he said, his purpose was to be his own man and start thinking for himself. Willie eventually became a leader in the faith-based dormitory, where he could be around positive people and develop his long-term friendships. 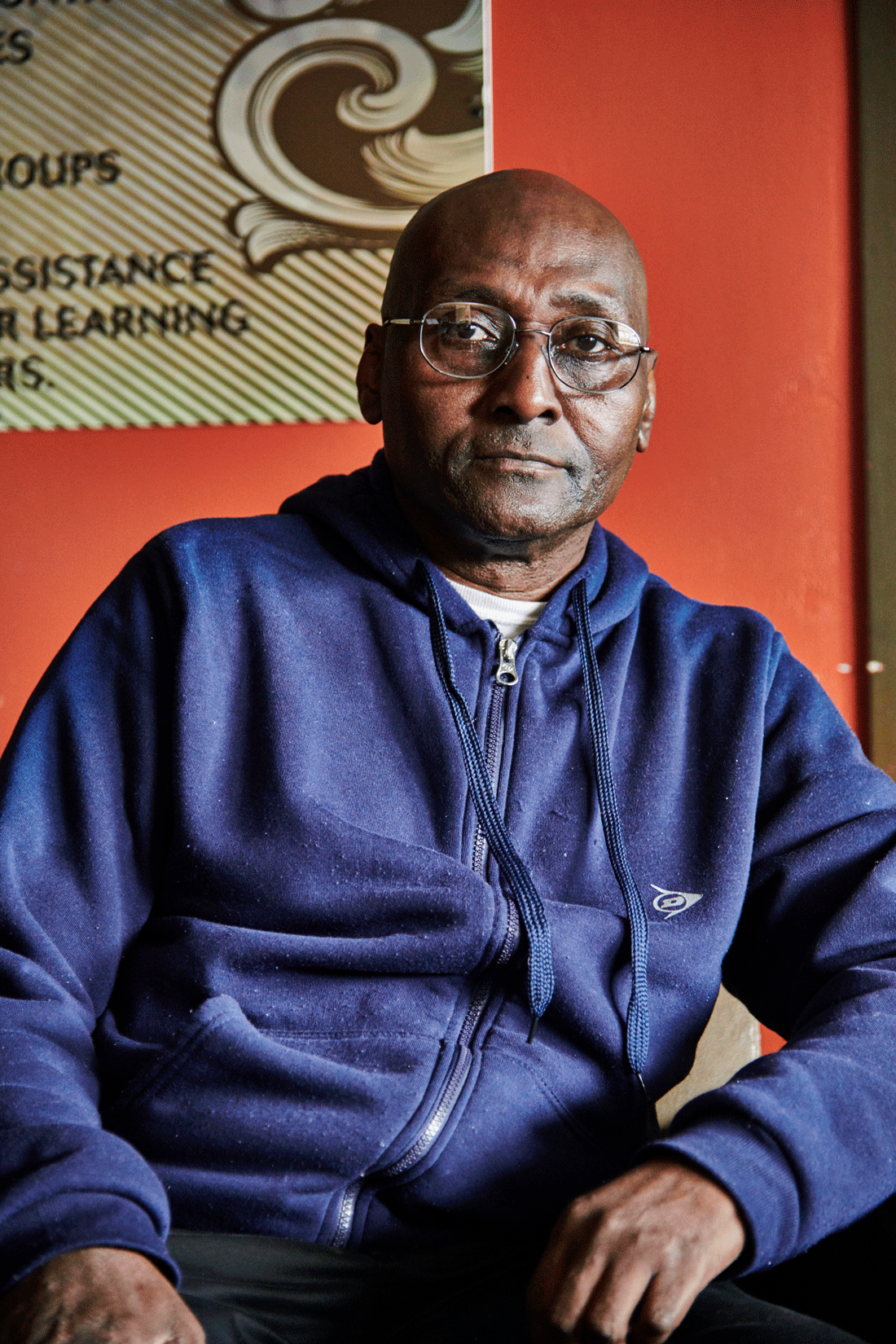 “I felt good being a part of it. By being part of something honest. So it really hit me that I wanted to be free. I wanted to get out of prison. So I went to God. I knew that God was going to give me a second chance.”

The problem was that over the years Willie lost all his outside support. The grandparents who raised him died. “When the foundation of a family dies, the rest of it, it’ll get weak,” he said, calling his grandparents the “concrete that held the family together.”

Willie also grew older himself, along with many others in the prison. “[In] the old-folks dorm, when they have pill call, the line’s out the back door. When they have [keep-on-person prescriptions], they got grocery bags full of pills. And this here is every 30 days,” he said.

Being in prison causes “wear and tear” on a body, Willie said. At 65, he walks with a limp; he said his leg was crushed in a work accident at the prison years ago. The ensuing surgery gave him a long scar down the front of his right knee.

Indeed, there were 515 “habitual offenders” who were at least 60 under the jurisdiction of the Alabama Department of Corrections in August 2019.

But Willie stayed positive. In 2005, he filed a petition for post-conviction relief, representing himself pro se. The petition was denied in 2007. At the time, the court viewed Willie’s 1978 robbery conviction — from the time he stole the cigar box containing cash and food stamps — as a serious Class A conviction. That meant Willie couldn’t get relief from the harsh habitual felony offender law.

Willie’s friends eventually set him up with their attorney, Richard A. Storm III, who took up his case pro bono in 2017. Months later, Storm found a key piece of evidence in Marengo County to help Willie: the indictment against him from 1978.

The old paper document described Willie’s crime. Critically, it made no mention of any weapon; Willie said he never had one. In fact, the crime described on the indictment has the elements of a Class C robbery at worst — not a Class A robbery. A judge resentenced Willie in the 1978 case. Then, Willie’s sentence in the 1983 robbery case was reduced to life with the possibility of parole.

He was released on Aug. 26, the day it poured rain and the chaplain’s assistant took him to eat barbecue.

He said he prays daily — “from the moment my feet hit the floor, all during the day I do it.”

Of the Habitual Felony Offender Act — the law that sent him to prison for most of his life with the expectation, on his part, that without divine intervention he would die there, all because he stole some cash and food stamps — Willie said: “It’s time to take a look at this. We can’t continue to do this here. It’s not just financial, it’s moral. You’re giving a person a death sentence who doesn’t deserve the death sentence.”

Now, Willie lives at Shepherd’s Fold, a faith-based re-entry facility in Birmingham. He is looking forward to the holidays.

“This will be my first Christmas in 39 years that I’ll be able to see.”