If you told Rasheid Davis when he was 23 and serving six years in prison for marijuana possession that he would become not only a successful small businessman but would lead marches in his town calling for criminal legal reform, he would have shaken his head.

If you told Saletheo Perez when he was a teenager with a gun that a quarter of a century later he would be a published poet, a furniture store owner and a local leader with the power to lift up his community, he would have scoffed.

And if you told Gail Wright Lowery, a 64-year-old public defender, that at her age she would find herself not only taking classes again but studying alongside the sort of people she had spent a career representing, she would not have been able to imagine just how much she would learn, not just from the classes, but from her classmates.

The three are among 22 fellows who will graduate this weekend from the first-ever Advocacy Institute, a series of education seminars created by the Southern Poverty Law Center to build advocacy skills among those most affected by systemic disenfranchisement. Selected for their desire to bring change to Mississippi, the fellows each have journeys to the classroom doors of the Institute that vary broadly. But their goals are the same: to wield their new skills at leveraging individual and collective power to fuel much-needed change.

“I didn’t really know, to be honest, that there was help out there for people like me just trying to change things in our neighborhoods,” said Davis, 44. “I thought it was all groundwork. When I see people around me with the same passion for helping people in the community that I have, well, I feel like I have found a family. Now that I’ve learned there are a lot of other people advocating for their communities, it’s opened doors to me that I didn’t know were there.”

The seminars, held on the campus of Tougaloo College near Jackson, Mississippi, are designed to open just those sorts of doors. Fellows receive stipends to participate and are taught by prominent policymakers, elected officials, advocates and attorneys the skills they need to grow their efforts in their communities. The SPLC plans to grow the Institute into a lasting training ground for new organizers, first in Mississippi and then throughout the Deep South, focused on community education and transformative change.

“The goal of the Advocacy Institute is to help grow and strengthen the capacity and network of advocates here in the state of Mississippi,” said Waikinya Clanton, the SPLC’s Mississippi state office director. “Through our program we offer the education, access and training needed to empower communities to effectuate change at a local level.”

The Institute is one of a number of new initiatives and partnerships the SPLC is undertaking, as the organization founded more than 50 years ago builds on its landmark legal victories against discrimination, inequality and white supremacist groups to work more closely than ever in partnership with local communities.

With more than one in 10 adults in Mississippi denied the right to vote because of Jim Crow-era criminal disenfranchisement laws, this first series of seminars was geared toward increasing activist skills among formerly incarcerated people.

The SPLC’s Voting Rights Practice Group has been working to dismantle felony disenfranchisement in Mississippi and across the Deep South, marshaling its teams of lawyers to file lawsuits and its policy arm to support legislation to dismantle the laws that prevent many formerly incarcerated people from voting. But a deep need was seen by activists on the ground for instruction in pushing for change through protest, advocacy and organizing.

Over the course of five weeks, participants in the Institute attended 16 sessions taught by experts on skills including lobbying local, regional and state legislators; drafting policy papers; organizing protests; communicating with media outlets; and canvassing in their communities. They received instruction on the importance of voting to effect change at the local level, forge coalitions and uplift their communities, and advance policy initiatives to improve the lives of people across Mississippi. 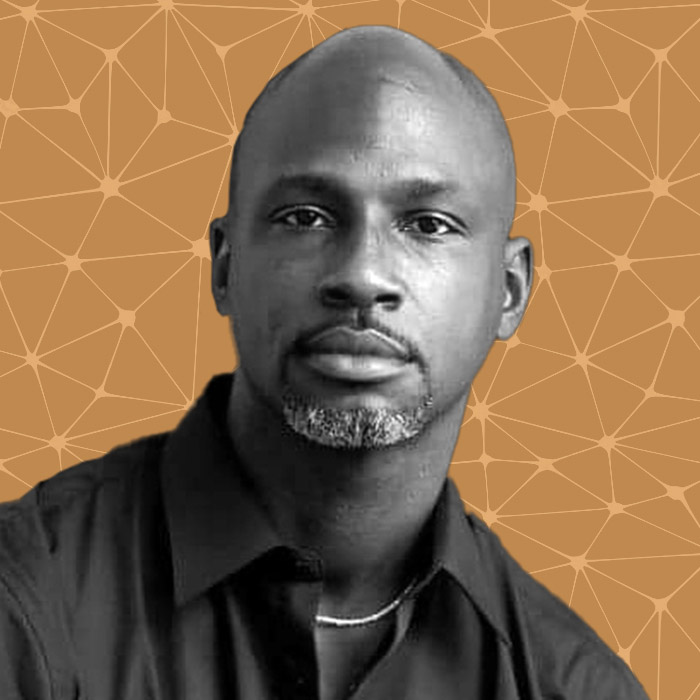 For Salatheo Perez, his fellowship with the Institute is the latest piece of his life to fall into place after it first came apart 31 years ago. That’s when Perez, then 14, left his home for a life on the streets. By 16 he was in prison, sentenced to 40 years for felony murder. Perez didn’t kill anyone, but a gun he gave away was used as a murder weapon. Under Illinois criminal statutes at the time, laws that have since been changed, that was enough to make him culpable for the crime.

Shuttled through a series of increasingly frightening detention centers, Perez descended, he said, into a life in which he lost all sense of self-worth. Caught up in fight after fight, he had his arm broken several times. He ended up in a maximum-security prison where, he said, he languished. His father, who had left the family, was murdered one week before Perez was sentenced, and Perez said he saw no other life for himself than prison. It was not for a decade – after he was transferred to a correctional institution where the warden pushed incarcerated people to pursue education – that Perez said his life began to turn around. He got his high school equivalency diploma and started taking college courses offered at the facility.

“I started getting an understanding that I didn’t want to end up coming back out the same person I was when I went in,” Perez said.

He fell in love with books and the power of words. He took advantage of the prison library. Starting to believe he might one day gain release, he took classes to acquire skills he might use: Construction. Small business management. Culinary arts.

“I started just grabbing as much education as I could,” he said.

At age 36, two decades after his arrest, Perez was released on parole. He settled in Mississippi, where his mother had moved before she died and where his fiancée, whom he had courted long distance while serving time, lived.

That’s when Perez started building in earnest the life he has today. He got a job as a janitor, then as a cable service salesman. To pay bills, he started selling possessions his mother had left him. Along with his fiancée, a registered nurse, he began saving money. He opened a restaurant selling Chicago-style food to an eager clientele. Then he opened another. And another.

Today, Perez owns a furniture store in Greenville he started out of a garage. He writes poetry, a pursuit he began in prison, and he and his wife are dedicated to their children from her first marriage and his 29-year-old daughter born just before Perez was incarcerated. But his passion is helping people released from prison find their way. He works with a local halfway house, and he founded an organization he calls the Book and Street-Smart Movement, BASS for short. It offers business and life skills classes. He often speaks to youth groups about his life, his mistakes, his achievements and his hopes for young people.

The Institute, Perez said, has connected him to a wide range of people engaged in similar work.

“From the Advocacy program I realized that a lot of our fights are connected. There are ways we can unify to get these things done,” Perez said. “In the case of the formerly incarcerated, society just expects people to come back into society and be productive citizens. But if you expect people to care about society, don’t you have to give them a say?” 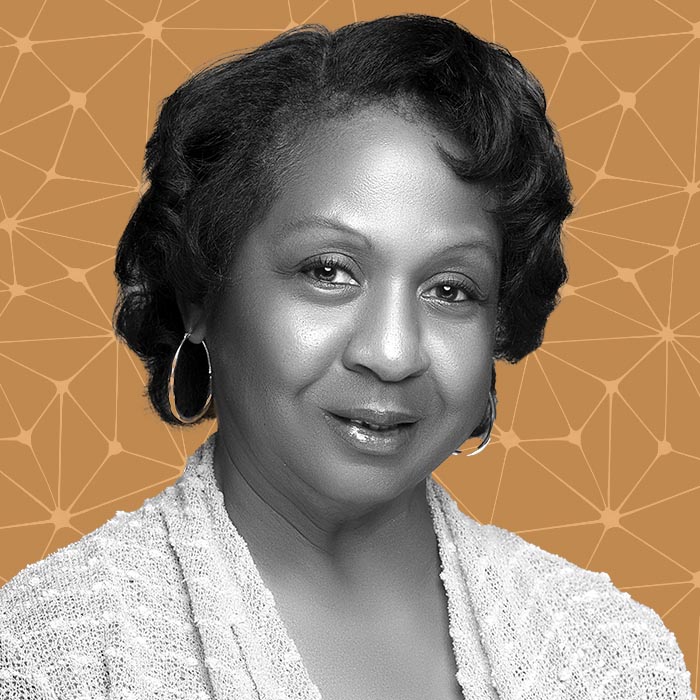 Gail Wright Lowery has been trying to give people caught up in the criminal legal system a say her entire career. As a public defender for the Seventh Circuit Court District in Hinds County, Mississippi, she represents people who otherwise would not be able to afford legal representation.

But after her 33-year-old son, Joe Nathan Lowery II, a youth court counselor at a juvenile justice center, died from complications of routine surgery early this year, Wright Lowery said she began searching for “ways to help someone else’s child.”

Her son “was an advocate for the underdog,” Wright Lowery said. “The Lord gave me the opportunity to share with my adult child a passion for helping others. I thought that by getting into true grassroots work, that I could maybe honor his memory by channeling my energy into something that will make a difference in somebody else’s life.”

When an email came across her desk about the Advocacy Institute, Wright Lowery said, “It just spoke to me.”

For years, Wright Lowery said she has been stepping in to protect people’s constitutional rights when they are most vulnerable. The Advocacy Institute is giving her the tools to educate people before they get caught up in the criminal justice system, and “to empower other people who also want their community to be better.”

The Institute also offers something unique for her and her staff, Wright Lowery said – the opportunity to understand just how critical their work is. Knowing that 23 felonies in Mississippi result in disenfranchisement, even after people convicted of those crimes serve their time, underlines the critical importance of offering people the best criminal defense possible.

“I knew that, but it showed the gravity of the situation,” Wright Lowery said. “You see even more clearly how critical the work is, how critical your professionalism is, the ramifications it can have on an individual that affects them for the rest of their lives.”

Raising activism to a new level 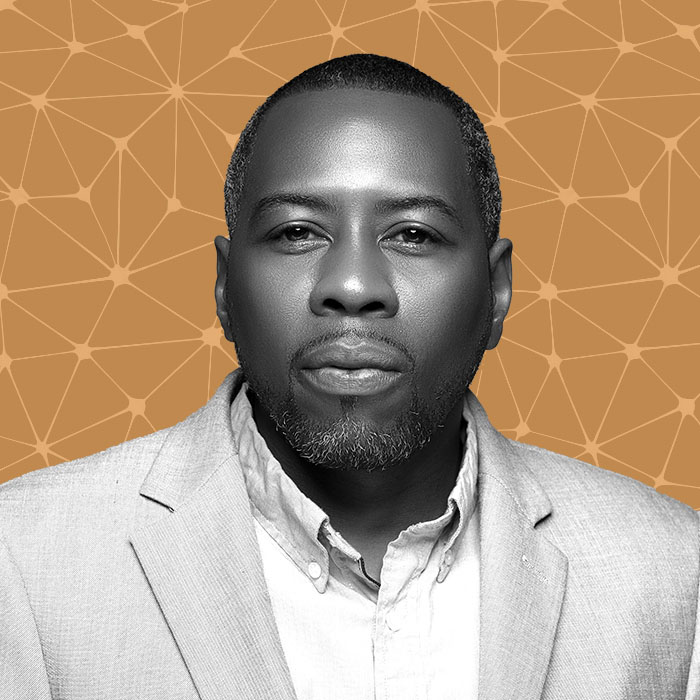 Rasheid Davis has been an advocate for the rights of Black people in Canton, Mississippi, accused of crimes. (Credit: Bilbrew Photography)

As a barber shop owner in Canton, Mississippi, Rasheid Davis considers himself part therapist. On a regular day his shop is filled with people having “strong conversations,” Davis said, gathering to talk as much about the state of their community and the world as to get their hair cut.

There is a great deal to talk about. Davis has been at the center of advocating for the rights of Black people in Canton accused of crimes. He has organized marches, earned the respect of local attorneys, and worked with the American Civil Liberties Union.

Married with three children, Davis said he has come a long way from where he was at age 23. Charged with possession of marijuana, his first offense, he was sentenced to eight years in prison. He served six, getting his high school equivalency diploma along the way.

The day he earned his diploma, he remembers being puzzled when a guard in the hallway asked him how he felt.

“I called my mother,” Davis recalled. “She asked me, how do I feel? I said, why do people keep asking me that? She said, because you are supposed to be proud of accomplishing something. And I had never felt that. I had never experienced anything that I should be proud of myself for doing.”

Once he absorbed that feeling of pride, Davis said, he didn’t stop. Three days out of prison he enrolled in junior college, rapidly earning his barber’s license.

Today, Davis says he hopes to set up a program to help others get out of prison to start again. He envisions classes in financial literacy, job seeking and parenting skills. That goal, he said, feels more attainable with the confidence, skills and network of relationships he has gained through the Advocacy Institute.

“Lord have mercy, it has impacted me greatly, because when I made it there and when I got to meet people that have the same passion for helping people in their community that I have, I was overwhelmed,” Davis said. “Now I know that I’m going to be able to help them, and they will be able to help me, and we can raise our activism to a whole other level.”

Top picture: From left, Saletheo Perez, Gail Wright Lowery and Rasheid Davis are among the first 22 fellows of the Mississippi Advocacy Institute.