Mississippi is one of only three states to impose lifelong voting bans on people convicted of certain felonies. The law is a relic of the state’s 1890 Constitution, a Jim Crow-era document designed specifically to disenfranchise African Americans following Reconstruction. It’s still having its intended effect: One in six Black adults in the state – and a total of more than 200,000 Mississippians – can’t cast a ballot. The law even allows legislators to decide, on an individual basis, whose rights to restore. We filed a lawsuit (Hopkins v. Hosemann) against the state to overturn this discriminatory law. We argued that the law violates the U.S. Constitution, including the 14th Amendment, because it arbitrarily grants or deprives citizens of the right to vote and was intended to discriminate on the basis of race.

Mississippi also lacks basic pro-voter programs such as early voting, no-excuse absentee voting, and online voter registration, which are commonplace elsewhere. The SPLC has run voter mobilization field programs to help Mississippians get registered and vote in spite of their state’s tough voter restrictions. During the 2019 statewide races, we talked to more than 30,000 voters in Hinds and Washington counties and registered more than 1,000 new voters. We will continue this field work in 2020 and beyond.

Restore Your Right to Vote

Are you a Mississippi resident who can no longer vote because of a criminal record? You may be able to have your voting rights restored. Learn the details on our Voting Rights Restoration Fact Sheet.

Click on the image below to read the Mississippi voting rights report. 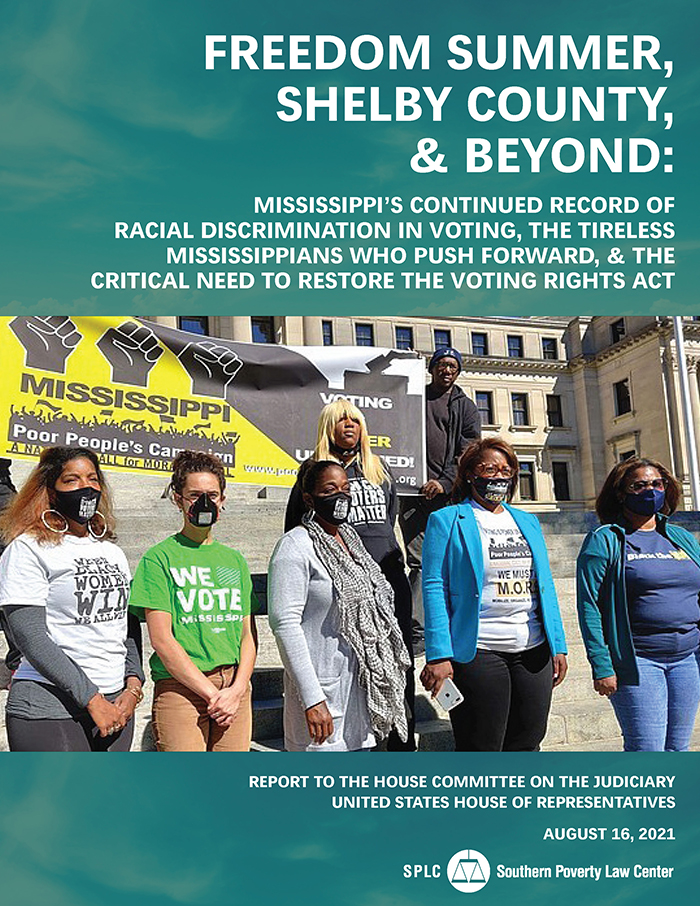