For decades, the federal government has sought to use local law enforcement agencies to enhance its immigration enforcement efforts. All too often, these agencies have been happy to oblige – to the detriment of public safety and community building.

The SPLC is committed to reducing the entanglement of federal immigration enforcement and local law enforcement agencies across the Deep South. To continue reading, click here.

The Southern Poverty Law Center has filed the following “friend-of-the-court” briefs, also known as amicus briefs, to defend sanctuary policies in the cases below. 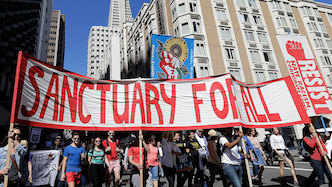