U.S. Sen. John McCain, Republican of Arizona, set off a wildfire of his own when he appeared to blame undocumented immigrants for starting about a half-dozen range fires raging in southern Arizona in June, including the massive Wallow fire that has scorched more than 800 square miles.

U.S. Sen. John McCain, Republican of Arizona, set off a wildfire of his own when he appeared to blame undocumented immigrants for starting about a half-dozen range fires raging in southern Arizona in June, including the massive Wallow fire that has scorched more than 800 square miles.

“We are concerned about, particularly areas down on the border, where there is substantial evidence that some of these fires were caused by people who have crossed our border illegally,” he said a June 18 press conference. “They have set fires because they want to signal others; they have set fires to keep warm; and they have set fires in order to divert law enforcement, agents and agencies from them,” he added. “So the answer to that part of the problem is to get a secure border.”

U.S. Forestry Service officials told reporters that there was no evidence that the June fires, although certainly started by humans, were ignited by unauthorized border-crossers. The culprits are known in four of the fires burning in areas smugglers frequent — and all of them were American citizens, said Bill Edwards, lead ranger at the Coronado National Forest.

Two days later, a McCain spokeswoman said that the senator was referring only to past fires that have broken out on the Arizona-Mexico border. 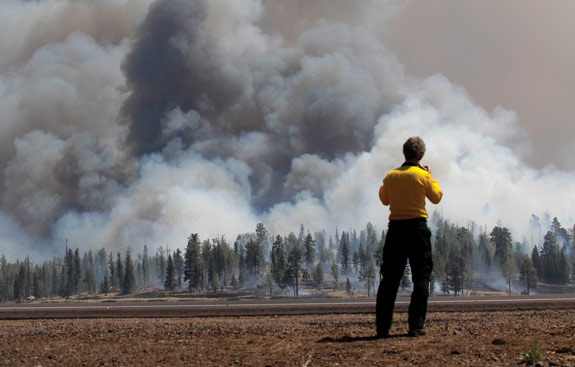 As wildfires swept across southern Arizona in June, U.S. Sen. John McCain pointed the finger at undocumented immigrants — even though there was no evidence. CREDITS: JAE C. HONG/AP IMAGES (FIRES)

Although there was no evidence that the fires were related to immigration, the allegations unleashed animosities on both sides of the issue. Rancher Ed Ashurst, speaking to The New York Times, said: “Who set the fire? It’s obvious. There’s a few people in America who don’t think man walked on the moon in 1969. To say illegal aliens didn’t set the fire is like saying that Neil Armstrong didn’t walk on the moon.”

That kind of talk troubled Roberto Reveles, the founding president of the Phoenix-based Latino civil rights group Somos America. “It just seems like we have an epidemic of, ‘Blame it all on the illegal aliens, blame it all on the Mexicans,’ Reveles told The Associated Press. “It’s amazing that the public doesn’t rebel against this type of scapegoating.”

Around the country, there was evidence that the scapegoating of Latinos and immigrants generally continues. A few examples:

• Two Green Forest, Ark., men who in June 2010 used their pickup truck to chase down and ram a car carrying five Latino men, all of whom were injured in the ensuing crash and fire, became the first people convicted under the federal Matthew Shepard and James Byrd Jr. Hate Crimes Prevention Act this May. Frankie Maybee, found guilty by a federal jury, faced up to 55 years in prison and a fine of up to $1.5 million. His co-defendant, Sean Popejoy, pleaded guilty to the six-count indictment just before going to trial. 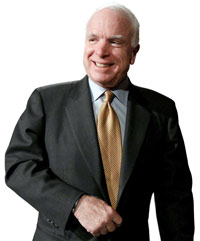 • Gary Thomas Kelley of Phoenix was convicted in April of gunning down and killing his neighbor, Juan Varela, in May 2010 after the two men reportedly argued over Arizona’s controversial immigration statute, S.B. 1070, which had become law 13 days earlier. According to the initial police report, Kelley shouted, “Hurry up and go back to Mexico or you’re gonna die,” before pulling a gun and fatally shooting Varela, who was a third-generation U.S. citizen. Kelley faced up to 22 years in prison for the murder and another 21 years for threatening Varela’s brother.

• An attempted arson in Racine, Wis., may be related to an immigrant-rights organization’s protest over sale of an offensive bumper sticker that reads, “Illegal immigrant hunting permit.” Maria Morales, coordinator for the group Voces de la Frontera, said a youth on foot threw a small incendiary device at her house, setting off a small blaze under her bedroom. A passing police officer managed to extinguish it. Morales had planned a demonstration against a Racine County Citgo station that sold the bumper sticker, but dropped her plans after the business voluntarily pulled the item from its shelves. Morales received hate mail during her campaign.