The infighting over the remnants of the once mighty neo-Nazi National Alliance (NA) is spinning out of control. At one time the country’s premier hate organization, the now flailing NA has spawned two offshoots recently claiming its inheritance. 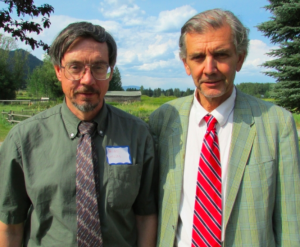 One of those spinoffs, the National Alliance Reform & Restoration Group, using the clunky acronym NARRG, is suing the NA Chairman Erich Gliebe and the group’s two remaining board members, Ryan Maziarka and Jayne Cartwright, over what’s left from the NA’s glory days.

The Alliance was founded by Dr. William Pierce, a former physics professor and the author of The Turner Diaries, the novel that inspired the Oklahoma City bombing. Since Pierce’s death in 2002, the group, which at one time had 17 paid staffers, 1,700 members and a seven-figure income, has suffered from near incessant infighting. In the past few months, Gliebe has ended the group as a membership organization and has put the organization's West Virginia compound up for sale.

According to a posting on the NARRG website, the lawsuit is a civil action that aims “for the removal of said persons from their positions of authority in the organization and also each person to be held financially accountable for damages done to the organization under their watch.” The lawsuit is described as “containing a plethora of civil allegations of wrong-doing and complaints stemming from a myriad of instances of malfeasance, misfeasance, illegalities and irregularities” that cover the period from 2003 to the present. NARRG says the bulk of the suit is directed at Gliebe, but Maziarka and Cartwright are also targeted “for dereliction of duty as well as being accomplices under Erich Gliebe’s direction allowing the state of affairs to continue.”

The names of three of the individuals behind the suit have now been made public. The mailing address on the naarg.com website is the same address as a Carson City, Nev., engineering firm owned by Brian D. Wilson, Wilson Technical Services LTD. Wilson is a named plaintiff in the case filed against Erich Gliebe according Gloucester County, Va., court records.

Wilson has been involved in the hate movement in other ways. He was photographed attending a Christian Identity Bible camp put on by Dave Barley in 2013 (Christian Identity preaches that Jews are the descendants of Eve and Satan). In addition to his hate interests, Wilson is a senior engineer in the hydraulics section of the Nevada Department of Transportation (NDOT). He began work for NDOT in 2007 according to a newsletter put out by the agency. As of press time, a call to NDOT’s internal civil rights department had not been returned.

Sanders Pierce, with his brother William in the background

The other two named plaintiffs are Flournoy Sanders Pierce, 77, the brother of William Pierce, and Jim Ring, a former NA member from California who resigned from the group a year and half ago. NAARG is tight with Sanders Pierce, who is described by NARRG as “closely associated with” it. He was recently interviewed by NARRG supporter Rodney Martin. In the interview, Pierce said his brother greatly admired Adolf Hitler and was a dedicated National Socialist.

Sanders Pierce refused comment about the lawsuit when contacted by Hatewatch.

Ring broke off from the NA in October 2012 in order “save the organization from going into complete obscurity.” Ring wrote at the time that he made the “sacrifice’’ of quitting only after “extensive talks with the chairman over the miserable state of the organization under his long tenure of this past demoralizing decade.” He said he hoped his resignation from the NA – to which he devoted 22 of his more than 40 years in organized hate – would “wake the chairman from his continuous slumber and inattention.” Less than a week after Ring resigned, his son Connor Ring took down two National Alliance websites as he also resigned in disgust over the state of the NA.

The court records indicate that Pierce, Wilson and Ring are represented by Daniel A. Harvill, a lawyer in Vienna, Va. When contacted by Hatewatch, Harvill also refused to comment on the suit.

Apparently, the dispute between Gliebe and NARRG has been going on for some time. Their website reports that “[d]uring a goodly portion of 2013, NARRG attempted in good faith to settle the management issues through an agreement to a legally binding out of court mediation with the aid of an attorney we had engaged for the purpose.” That effort collapsed, according to NAARG, because Gliebe refused mediation. “Left with no other option, NARRG filed a civil action to save the National Alliance,” the website says. “As the case is now in process, no further comment will be made byNARGG for the time being.” NAARG directs supporters to a Paypal account to fund the lawsuit.

The other NA faction that has arisen recently from the group’s ashes is run by longtime NA members Will Williams and Kevin Strom, who spent time in prison for child pornography. Jim Ring has attacked this effort online. In a January post entitled “A Perverted False Prophet Returns,” Ring didn’t hold back. “It’s bad enough our National Alliance has had to suffer years of Erich Gliebe but now with the entrance of interloper Strom, it would be like going from the frying pan to the fire. As we continue to fight the dishonest and corrupt leader Erich Gliebe and his so-called board of director cronies, you can be certain that we will vigorously do likewise with the pedophile Kevin Strom.”

Meanwhile, Erich Gliebe’s ex-wife, Erika, is continuing her poisoned pen campaign against prominent former NA members. In a Facebook posting last Thursday, Erika Gliebe published another screed ridiculing Jim Ring as “K-Mart Man.” The post claims Ring’s quest to take over the NA is driven by a wish to “gain the affection and attention of his fellow Hitler worshipper, Maria Papadopoulos, more commonly known throughout the White Power movement as ‘Dumpster Head.’” The reason for this nickname is too sordid to print here. 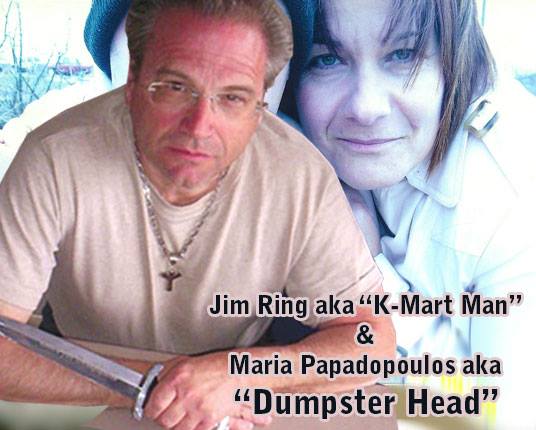 The post slams Papadopoulos, who has attended leadership conferences at the NA compound in 2009 and 2012, as having a “Führer Fetish” and, at one time, a sexual relationship with Erich Gliebe. The post is downright vicious for those who want to read more.

Online court records suggest Gliebe has not yet responded to the civil complaint. It remains unclear if he has even retained counsel.

The NARRG group seems to be skeptical that Gliebe can mount a legal defense at all. In a post on VNN yesterday, Robert Ransdell suggested Gliebe may fold. "[T]hings truly are looking positive, and possibly for an outcome that won't be a long drawn out thing, finances for the Chairman are evidently not good and he may very well not even be able to retain an attorney, if this happens then a possibility for a quick and positive result may be in the cards," Ransdell wrote.

Of course, if Gliebe continues to use his ex-wife to attack and antagonize his fellow racists behind-the-scenes, they may be less than open to an amicable settlement.

The notion that professional racists, who derive a living advocating for the overthrow of the "Zionist Occupational Government," feel compelled to turn to the "ZOG courts" to fight over the carcass of what is left of the National Alliance suggests to some their motivations are more about the money than the message. In a post on VNN last night, former NA member, Alex Linder sarcastically wrote, "[s]o it takes the smell of delicious green money to get the NA remnants back together."