Some of the most prominent anti-immigrant groups in the nation, including the hate group Federation for American Immigration Reform (FAIR), will be in Dallas this weekend to participate in a large Earth Day gathering.

While the established anti-immigrant movement in the United States has attempted for decades to coax environmentalists into taking an anti-immigrant stance by blaming immigrants for environmental degradation – a tactic called “greenwashing,” this year is different. At least five anti-immigrant groups will have exhibitor’s booths, including NumbersUSA, which routinely takes credit for stopping comprehensive federal immigration reform.

The nativist campaign to ally with environmentalists began nearly three decades ago when John Tanton, a white nationalist who would go on to almost single-handedly construct the contemporary anti-immigration movement, wrote in his private correspondence about his desire to bring the Sierra Club, the nation's largest environmental organization, into the nativist fold. Tanton spelled out his motive: by using an organization perceived by the public as part of the liberal left would insulate nativists from charges of racism — charges that would likely stick given the explicitly pro-"European-American" advocacy of Tanton and many of his allies over the years.

Despite the failure, major anti-immigrant groups in the country continue to use the “greenwashing” tactic whenever an opportunity arises. The anti-immigrant movement clearly sees this weekend’s Texas event as an opportunity to reach a large number of environmentalists and try and woo them over to the nativist cause.

Here’s a look at five anti-immigrant group planning to attend the Earth Day event this weekend: 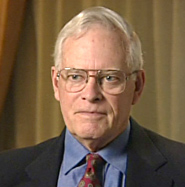 Established in 1979 by white nationalist John Tanton, the Federation for American Immigration Reform (FAIR) is a group with one mission: to severely limit immigration into the United States. Although FAIR maintains a veneer of legitimacy that has allowed its principals to testify in Congress and lobby the federal government, this veneer hides the ugly truth. FAIR leaders have ties to white supremacist groups and eugenicists and have made many racist statements.

FAIR founder, John Tanton a man with a lengthy record of friendly correspondence with Holocaust deniers, a former Klan lawyer and leading white nationalist thinkers, has repeatedly suggested that racial conflict will be the outcome of immigration. In 1998, he told a reporter that whites would inevitably develop a racial consciousness because “most people don’t want to disappear into the dustbin of history,” and added that once whites did become racially conscious, the result would be “the war of each against all.” In 1993 he wrote, "I've come to the point of view that for European-American society and culture to persist requires a European-American majority, and a clear one at that."

Probably the best-known evidence of FAIR's extremism is its acceptance of funds from a notorious, New York City-based hate group, the Pioneer Fund, which was established in 1937 to promote the racial stock of the original colonists, finance studies of race and intelligence, and foster policies of "racial betterment." Between 1985 and 1994, disbursed about $1.2 million to FAIR.

Dan Stein, FAIR’s president, stated in 1997, “Immigrants don’t come all church-loving, freedom-loving, God-fearing. Many of them hate America, hate everything that the United States stands for. Talk to some of these Central Americans.”

FAIR recently launched a new website, “Why Immigration Matters in Texas.” The site advertises the Earth Day event and lists a number of “environmental impacts” to the state, which FAIR blames on immigrants.

Tanton started the Center for Immigration Studies in 1985 to pump out seemingly academic studies aimed at highlighting immigration's negative effects. These studies have hardly been neutral. One of them concludes that because foreign women ("Third World gold-diggers") can obtain work permits by marrying American citizens, it's obvious that fraudulent marriage applications are "prevalent among terrorists." Another claims that because many immigrants have worked in Georgia since 2000, it's clear that unemployment among less educated native workers is up. A third says that because immigration levels have been high recently, immigrants make up a growing share of those drawing welfare.

CIS staff has a history of bigotry. Following the deadly earthquake in Haiti in 2010, CIS head Mark Krikorian crudely remarked in an article, “My guess is that Haiti’s so screwed up because it wasn’t colonized long enough.” CIS director of policy studies, Jessica Vaughan, wrote in 2008 that the government’s Temporary Protected Status program has led to “the burgeoning street gang problem in the United States.” In 2014, in reference to President Obama’s immigration policies, Stephen Steinlight, Senior Policy Analyst at CIS said, “I would think being hung, drawn and quartered is probably too good for him.”

In April of this year, CIS published a new report, “Immigration, Population Growth, and the Environment,” published by Leon Kolankiewicz, a longtime anti-immigrant activist active in many state and national anti-immigrant groups. The report cites population increases, caused by immigration, as the major cause of environmental degradation in the U.S.

Founded in 1997 by Roy Beck, NumbersUSA is the grassroots organizer for the anti-immigrant movement. The organization has reached the heights of mainstream legitimacy, a position that helped NumbersUSA achieve dramatic policy successes, most especially in June 2007, when his followers flooded the Senate with more than a million faxes. (The onslaught helped doom comprehensive immigration reform that had bipartisan support and had been expected by many observers to pass.) He has long insisted that NumbersUSA has no "vision of a homogenous white America," and his website decries all manner of "immigrant bashing" and racism. Yet, despite these claims, Beck and his organization are far innocent.

Roy Beck has spoken at multiple Council of Conservative Citizens (CofCC) events. The CCC is a white nationalist group who refer to African Americans as a “retrograde species of humanity.” For over a decade, Beck worked as an editor for John Tanton’s racist journal, The Social Contract. During Beck’s time as Washington editor, dozens of blatantly racist articles were published in the journal, including things like, "Muliculturalism, which subordinates successful Euro-American culture to dysfunctional Third World cultures, keeps gaining ground against surprisingly weak opposition.” In 2009, Roan Garcia-Quintana appeared in two videos produced by NumbersUSA: “Immigration 103” and “Immigration 106.” The previous year, Garcia-Quintana addressed the national conference of the CofCC, a group he is a lifetime member of. In a 2013 interview with the Charleston City Paper, Garcia-Quintana expressed his distaste for interracial marriage.

Founded in 2009 with the help of a number of the larger anti-immigrant groups in the country, Progressives for Immigration Reform (PFIR) purports to represent liberals who believe immigration must be radically curtailed in order to preserve the American environment. Despite its name, PFIR is hardly progressive. In fact, like the others in this list, PFIR is no stranger to bigotry. 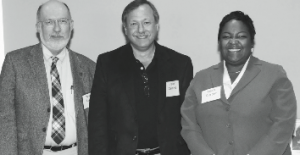 In 2009, PFIR’s leader, Leah Durant, gave an interview to Tanton’s racist journal, The Social Contract. White nationalist Peter Gemma conducted the interview. Gemma is a former editorial advisor for the Council of Conservative Citizen’s tabloid, Citizens Informer. That year, Durant spoke at Tanton’s annual anti-immigrant gathering in Washington, D.C., where she was pictured alongside Gemma and another white nationalist, Wayne Lutton, a white nationalist who has published in a Holocaust denial journal. The sad irony in this is that Durant is an black woman. PFIR also hosts an annual meeting in Washington, D.C., and white nationalists such as Peter Brimelow, the founder of the racist website VDARE, often attend.

Founded in 1972, Negative Population Growth (NPG) is the least active and effective of the five groups attending the Earth Day event in Dallas. NPG has received funding from the hate group FAIR in the past, and in 2009, it ran an advertisement in E-The Environmental Magazine warning of a "population crisis" that may "destroy our future.” NPG recruits staffers from some of the larger anti-immigrant groups such as CIS to author its reports, blaming environmental ills on immigration.